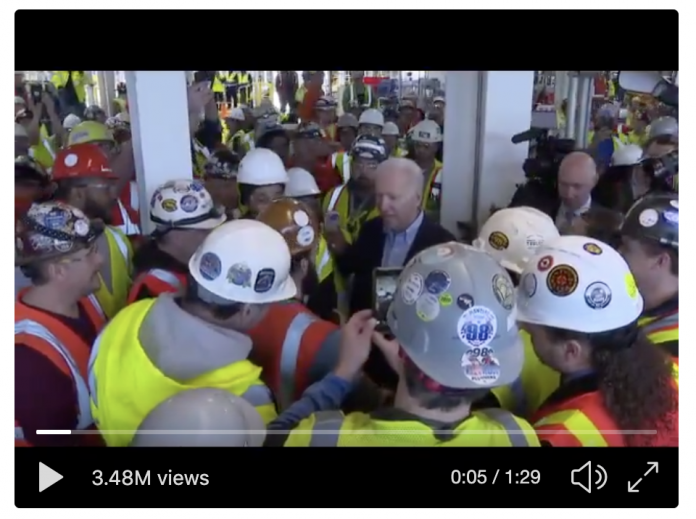 Well done, Joe. Your articulate and well reasoned response has reassured gun owners everywhere that you respect their 2nd Amendment rights. You and Beto “Hell yeah we’re going to take your AR-15, your AK47…” O’Rourke are just huge constitutional supporters and this guy just didn’t get it.

He must be confused by the sudden drastic population reduction from the 150 Million people who you found out died from gun violence, that no one else… not even the FBI, CDC, or Local LEOs around the nation picked up on. Our mistake.

How could one argue against someone who speaks so clearly and knowledgeable on a subject, “I support the Second Amendment. The Second Amendment — just like right now, if you yelled ‘fire,’ that’s not free speech,” Biden continued. “And from the very beginning — I have a shotgun, I have a 20-gauge, a 12-gauge. My sons hunt. Guess what? You’re not allowed to own any weapon. I’m not taking your gun away at all.”

“Don’t tell me that, pal, or I’m going to go out and slap you in the face.” – Joe Biden, responding to the auto-worker who said, “This is not okay, alright?” after Biden spewed forth trivial nonsense not remotely correct about the subject he was speaking on.

“You’re working for me, man!” the worker said. As a public servant that’s true. As an autoworker maybe more so since the UAW is typically a direct funder of democratic candidates.

Good ole’ Uncle Joe winning hearts and minds. A real public servant and so eloquent with his assurances to this citizen that his rights are safe in Joe’s hands.