“What are you doing? You’re gonna have a malfunction if you rest the magazine on the deck!” I wish I had a running count of how many times I heard that as a Marine. If I was running a range with a rifle instead of a machine gun, I liked to dig that magazine into the dirt. I used it as a stabilizing point for my rifle. Over and over, I heard the same variation of the popular urban myth that using a rifle magazine as a monopod will cause malfunctions.

To this day, it seems that this myth lives on. I see it in comment sections of the articles every so often. I’m surprised it’s had this kind of staying power. It was a myth still commonly spread throughout the military as of 2013, so why not?

The magazine sticking out of your AR just naturally begs to be rested on the ground. It can be used to provide further stabilization to your shooting position. Resting the magazine on the deck turns it into a monopod. It’s a great way to squeeze out a little more stability from your gun. The myth states that doing so will cause your rifle to malfunction.

In reality, that’s not true. At least not in 2022, and since the Johnson administration. I’ve been doing it since the rifle range at boot camp. Coincidentally that’s where I first got yelled at for it. At the time, I took the PMI’s advice as gold. As I spent more time in the Marine Corps, I started to figure out that my rifle won’t malfunction when I rested the magazine on the deck.

Oddly enough, no one ever yelled at me when I rested my magazine on the windowsill of a building. I’m not the only one with this experience. Throughout the world of shooters, you’ll see a number of pro shooters, 3-gunners, and more who dig that magazine into the dirt for all the extra support possible. 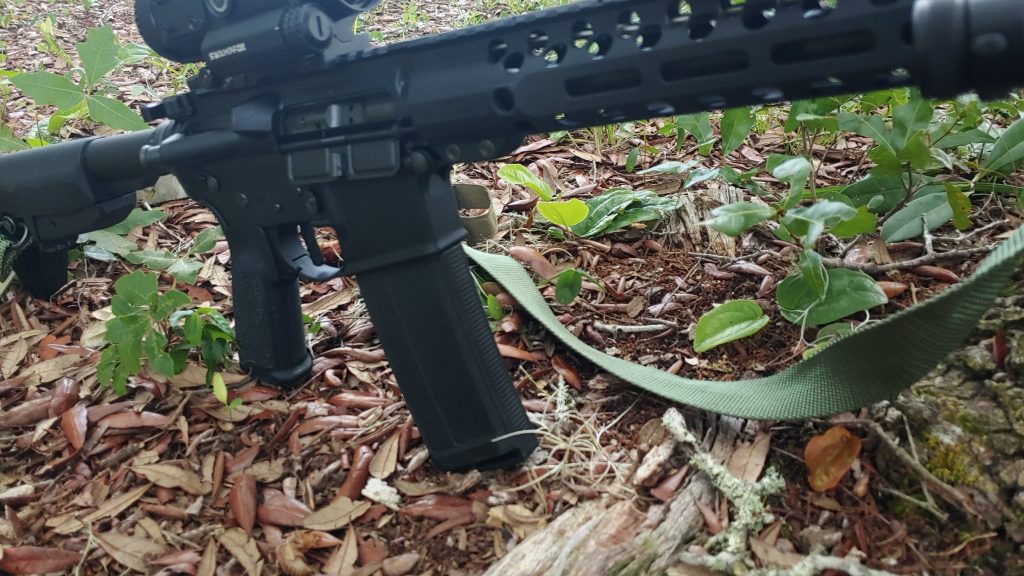 There is a company called Mag-Pod that replaces the base plate of your PMAG with a little foot to make the practice even easier. I have one around here somewhere, and I’ll be the first to tell you they work fairly well.

Where the Myth Came From

If the Johnson administration was any kind of hint, this myth originates in Vietnam. Although, to be completely fair, this myth wasn’t a myth then. The first generation of M16 magazines would malfunction when used as a monopod. This was likely quite frightful for a Soldier fighting in the jungles, and the myth became part of the great mythos of the M16 and, therefore, the AR 15. 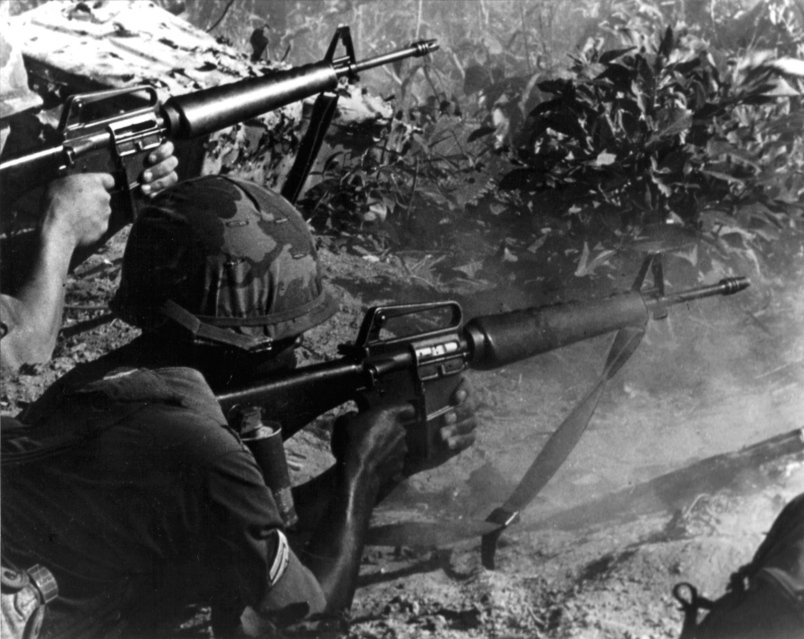 Luckily, we live in an age where the AR 15 magazine has evolved significantly. Unless you are using an extremely low-quality magazine, resting it on the ground isn’t going to be an issue. If you are already using that bad of a magazine, you likely have other issues to deal with. So slam those mags into the dirt, turn them into monopods and let it rip.