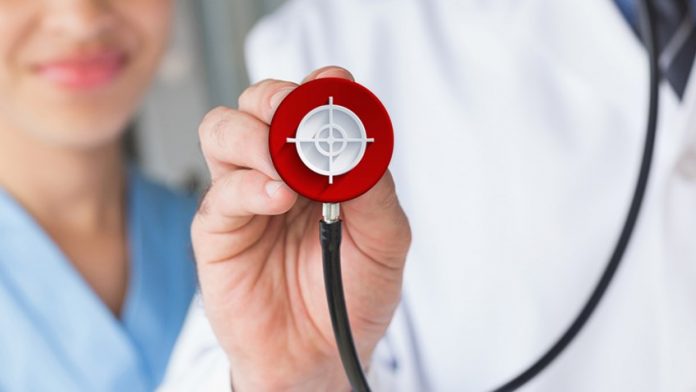 [Ed: Dr. Edeen delivered this address (as “Education not Intimidation”) at Florida Carry’s  3rd Annual Camping Event at Rainbow Springs State Park in Dunnellon, Florida on February 8, 2020. We hope to obtain video and post it on our DRGO YouTube channel, too. Slightly edited for clarity.]

What do you do when your doctor asks if you own a gun?

You are at the pediatrician’s office for a routine well child visit. Maybe you just moved to a new town. The nurse hands you the standard paperwork with the questionnaire pertaining to your child’s health. You start filling out the form and right there . . . question number 14 . . . “Do you have a gun in the home?” It’s right after the question about swimming pools and right before the one about household cleaner storage.  What do you answer?

First, the presence of this question is no accident. In the 1980s and 1990s professional medical organizations declared a culture war on gun ownership. This includes the American Medical Association, American College of Physicians and the American Academy of Pediatricians.

The incoming AMA president in 2001 stated, “What we don’t know about violence and guns is killing us…researchers do not have the data to tell how kids get guns, if trigger locks work, what the warning signs of violence in schools and at the workplace are and other critical questions due to the lack of research funding”.

The AAP’s 2012 position statement is typical. It advocates removing guns from homes and communities. It advocates for the strictest possible legislative and regulatory approach to prevent firearms injuries and deaths. It recommends counseling patients about the dangers of allowing children and adolescents access to guns in and out of the home. It advocates for safe storage and gun locks but preferentially recommends complete removal of firearms from the home.

They state that the presence of firearms in the home increases the risk of lethal suicidal acts among adolescents. They advise counseling parents to remove or restrict access to guns, especially when children with mood disorders, substance abuse or prior suicide attempts reside in the home. They further advocate consumer product regulation regarding child access, “safety” and firearm design. They also advocate that law enforcement track legally owned firearms.

They further push for regulations aimed at illegal sales to minors. They claim that evidence supports the effectiveness of regulation of firearms that limit the access to children. They also want decreased destructive power of handguns and ammunition, “smart gun” technology and safe storage. They encourage legislative actions including waiting periods, closure of the “gun show loophole”, mental health restrictions and background checks. They also want the “assault weapons” ban restored.  The AAP is pushing for the funding of research aimed at prevention of firearms injury. They also encourage the education of physician and professionals interested in the effects of firearms and how to reduce morbidity and mortality associated with their use.

It is important to note that the establishment public health and medical communities fail to account for the up to 2.4 million defensive gun uses annually. They also inflate the number of “gun violence” deaths by 200% by including suicide by firearms. They typically ignore the research of the criminologist and economist community. Also, much of what the AAP is asking for is already law. Unfortunately, the medical community will be unable to answer the question of “gun violence”. Their focus is on the gun and not the violent actor. They can urge passage of all kinds of restrictions and laws that affect law-abiding citizens, but they are naïve to think that the criminals will obey their laws and obtain firearms via supervised legal channels. Thus, the aim of gun control is not the gun but control.

The AMA, ACP and AAP have aggressively campaigned for doctors to advise patients to get rid of guns. We must understand some very important facts:

This type of unprofessional behavior by some physicians led to Florida’s Firearm Owners Privacy Act in 2011. This law was enacted to stop physicians from misusing their position to push a political agenda. This abuse of authority is called an “ethical boundary violation”.

Unfortunately, the 11th U.S. Circuit Court overturned the law in February 2016. The only provision upheld was that gun owners cannot be treated differently simply because they are gun owners. Also, no patient can be turned away when seeking medical care because the doctor does not approve of his answers to gun ownership questions.

The doctor is then asked to state:

“I represent that I have sufficient data and expertise to provide expert and clinically sound advice to patients regarding firearms in the home.

I am knowingly engaging in home/firearms safety counseling without certification, license or formal training in Risk Management, and have NOT reviewed applicable scientific literature pertaining to defensive gun use and beneficial results of private firearms ownership.”

Part II: Liability asks physicians to document whether their malpractice insurance covers such counseling and to accept liability for any injury or death that results from patient following their advice. A “Yes” to either question is highly unlikely.

DRGO’s advice is as follows:

However, I have some advice myself as well:

—Dr. John Edeen is a pediatric orthopedic surgeon in San Antonio, TX and is active in seeking the right to carry for qualified hospital staff. He is DRGO’s Membership Director.