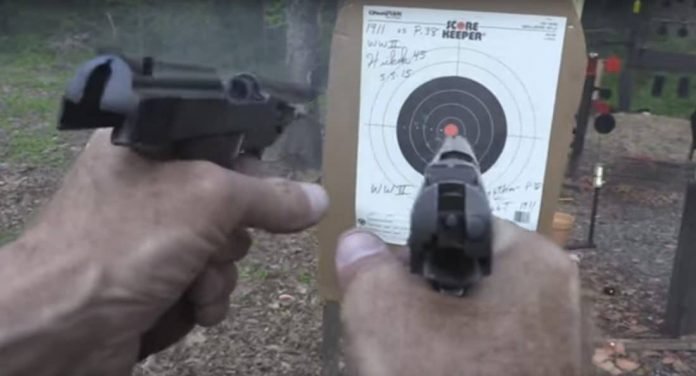 Hickok45 recreates the days of the Greatest Generation and goes back to 1945 to test the standard German and American sidearms of WWII.

Of course the Germans used other handguns besides the Walther P-38, which was their official standard sidearm of the period. They still had Mauser 1914 and Luger 08s around as well as a number of captured arms pressed into service including the FN Browning Hi-Power, Polish Radom VIS and, ironically, the Norwegian M1914– which was license made Colt 1911.

Whoops, did we just give away the end of the video?