When most of us think of the Old West and shotguns on the frontier in America, the images are mostly of a Wells Fargo Coach with a guard clutching a 12 or 10 gauge side-by-side, or perhaps even a single shot or black powder muzzle loading scatter gun. But there actually were a few repeating shotguns like the pump-action Winchester Model 1897 that was manufactured until the 1950s, and an older model that was about as “Western” as you can get: Winchester’s Model 1887. 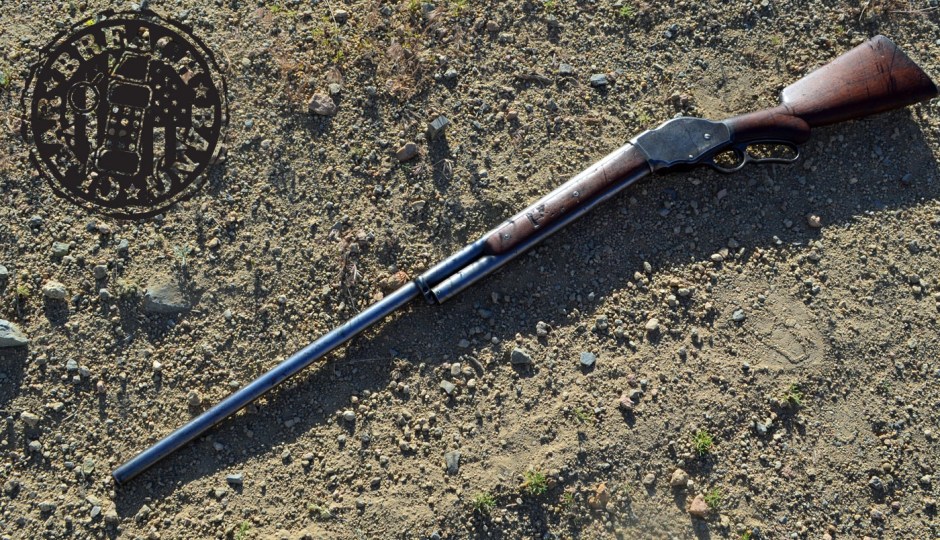 The Model 1887 was yet another innovative design to spring from the fertile mind of firearms designer extraordinaire John Moses Browning.  Yet it was a design that almost never happened.

When asked to design a repeating shotgun, Browning suggested a pump or slide action design. However, the powers that be at Winchester felt the company’s image was built on the venerable lever action, and steered the master designer in that direction. A few years later, the company relented and allowed Browning to develop the 1893 pump action shotgun that would evolve into the Model 1897. 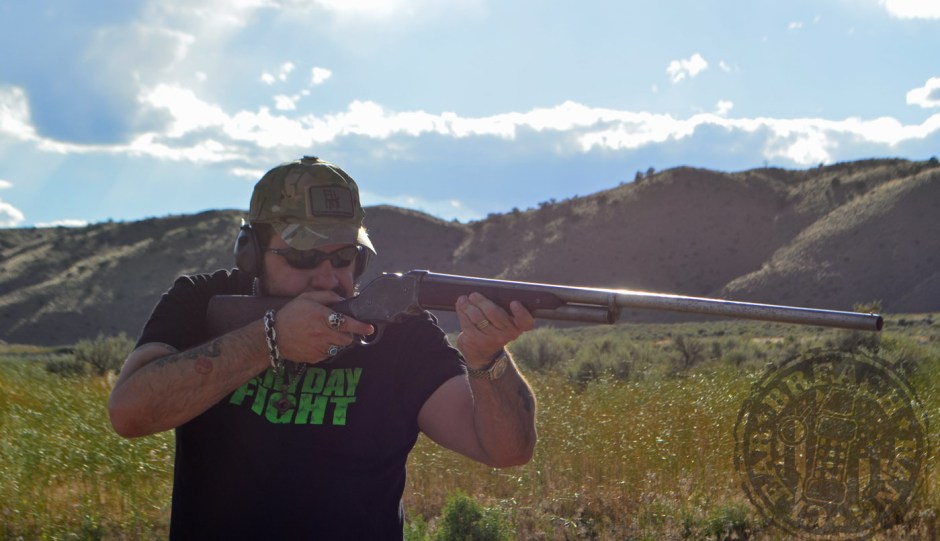 Winchester’s Model 1887 was chambered to handle black powder shot shells in both 10 and 12-gauges. After the advent of smokeless powder it was discovered that the guns weren’t built to handle the higher pressures, which resulted in a redesign in 1901. These newer lever action shotguns were solely chambered in 10 gauge so as not to compete with Winchester’s extremely popular Model 1897 pump gun, which ruled the fields in 12 gauge. As an aside, these lever action shotguns wfimfere the only 10 gauge shotguns ever manufactured by Winchester Repeating Arms.

Barrels were blued with a case hardened receiver and oil rubbed stocks. Most were offered in 30” or 32” barrel lengths, but a 20” barreled “Riot version” was available and saw some use with law enforcement and express guards.

Beyond the Old West, notorious armed robber Clyde Barrow was said to have had one in his arsenal. According to the Internet Movie Firearm Database (IMFDB.org), the ultimate resource for firearms in movies, Hollywood only used the 1897 in The Professionals with Burt Lancaster in 1966. The Life and Times of Judge Roy Bean in 1972 starred Paul Newman, Victoria Principal and a 1901 Model. This hardly endeared it to fans of cowboy cinema, but that would change when it was placed in the hands of Arnold Schwarzenegger nearly twenty years later in Terminator 2: Judgement Day. Pretty much anyone who saw that movie had to have one. 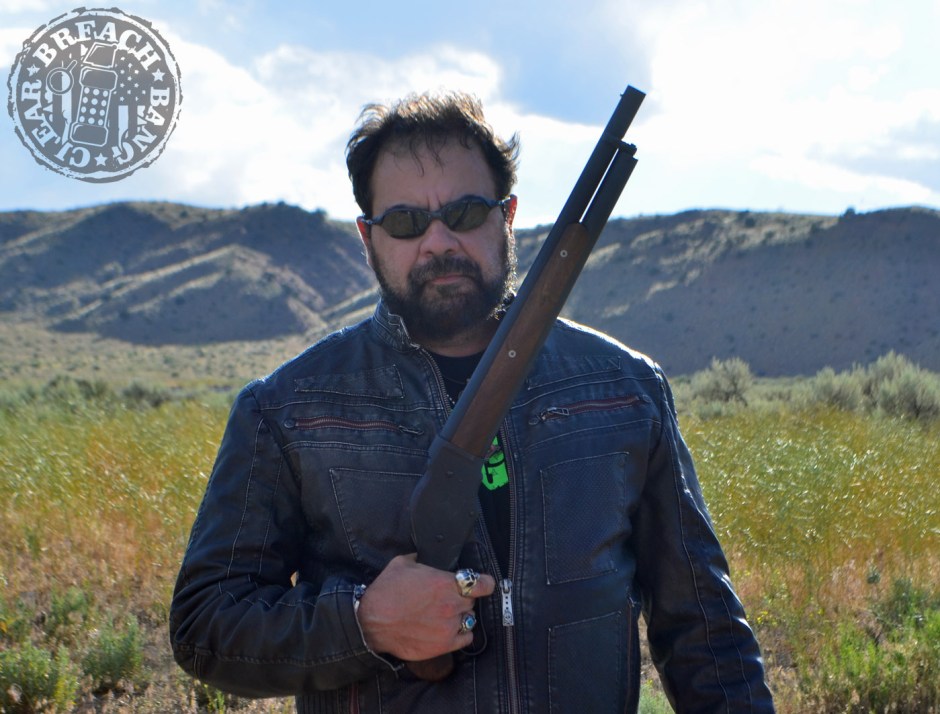 We have an older one built in 1892 that has seen better days and doesn’t get much range time any more, but a damn near perfect reproduction made in Italy is available through Taylor & Company. Pictured in the article is the Bootlegger model alongside our original. 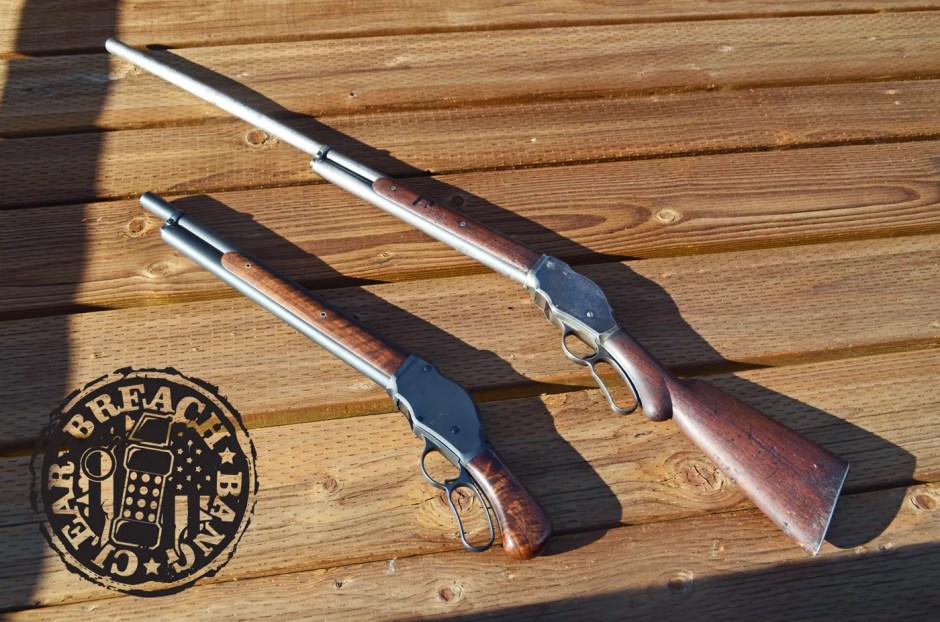 You have to completely open the action in order to load through the top of the receiver and down into the magazine tube below the chamber. 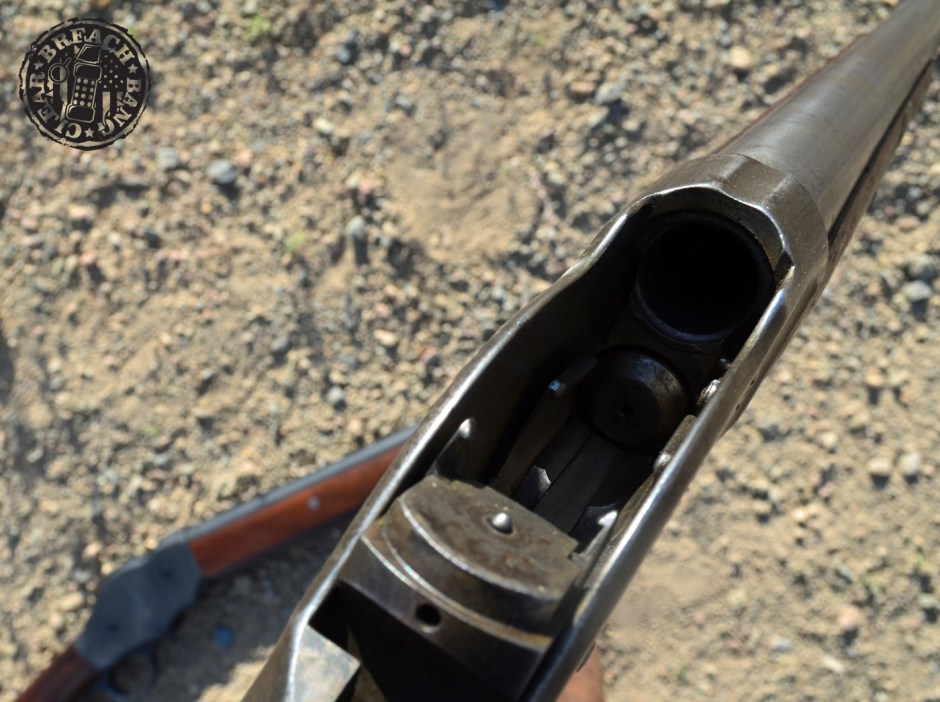 If you eat your spinach you can twirl it like Arnold did for a reload, but you can short stroke it or get a lifetime ban via the RSO. So try it at your own risk. 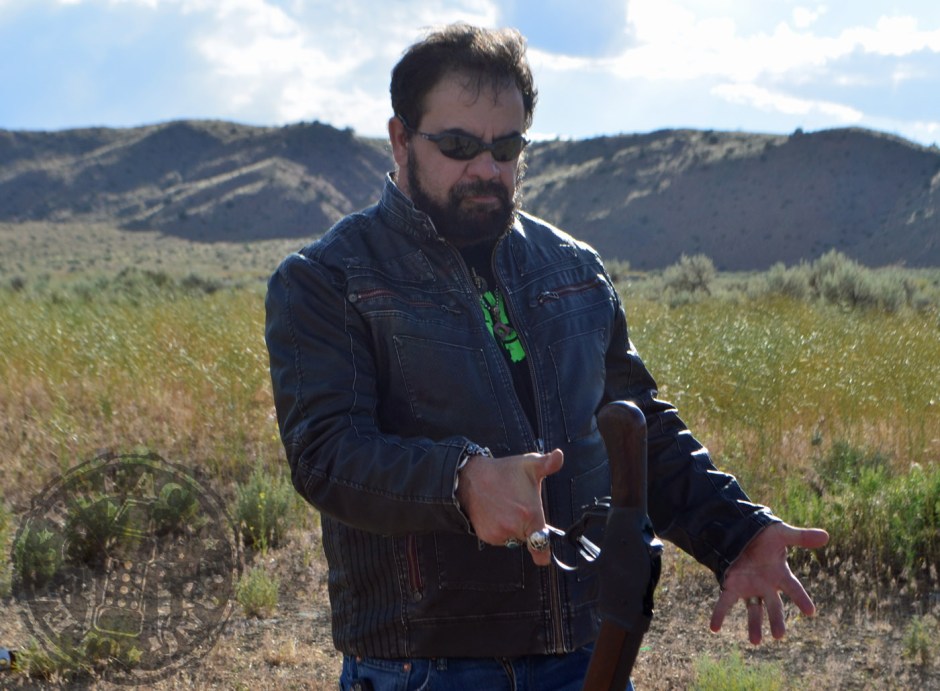 It is a fun shotgun to take out for something different, but we vastly prefer pumps and semiautos 90% of the time we use a scatte gun. In our opinion, we feel the Great John Moses Browning kind of phoned this design in.