The Winchester Model 1897 was a pump action shotgun that came from the mind of firearms designer extraordinaire: John Moses Browning. It was the first shotgun to handle smokeless powder shells and was based on Browning’s earlier 1883 design. As a service weapon, the 1897 saw action in both World Wars and  unofficially remained in US inventory as late as the Vietnam Conflict. 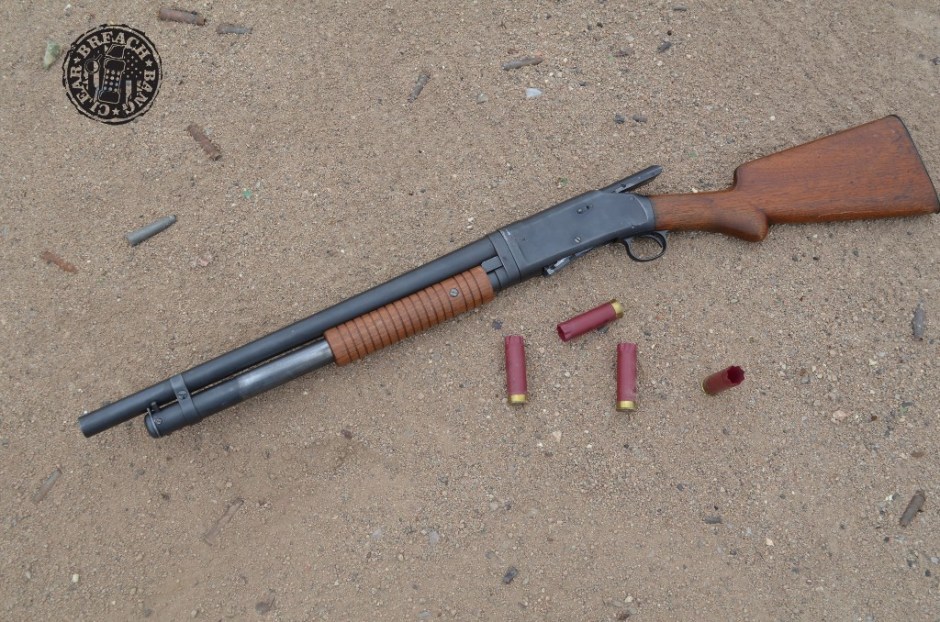 Unlike most modern pump-action shotguns, the Model 1897 features an external hammer and an open back receiver. The hammer sets in a half-cock notch as the shotguns only safety mechanism. As the action is cycled, the bolt travels rearward and through the rear of the action (more than one shooter has gone home with a black eye as a result). Another interesting feature is the lack of a disconnector, meaning that the shooter can hold down the trigger and continue to fire merely by working the pump.

Winchester manufactured these shotguns in 12 and 16 gauge, and in a variety of barrel lengths (20″ for the Riot Version, 26″ for the Brush version and 30″ for the Skeet, Competition and Pigeon Grades), grades of wood and finishes. Take-down versions were available for ease of transport and every riot version we have seen falls into this category too. Over one million Model 1897s were built between 1897 and 1957.

In World War 1, the Model 1897 was pressed into service as a “Trench Gun”. This version was similar to the Riot Version with a 20″ barrel and full length magazine tube, but sported a heat shield, bayonet lug and sling swivels. The Model 1897 was so effective in this role that Germany tried to have the weapon prohibited in combat. Apparently using mustard gas was okay with them, but shotguns were a no-no. 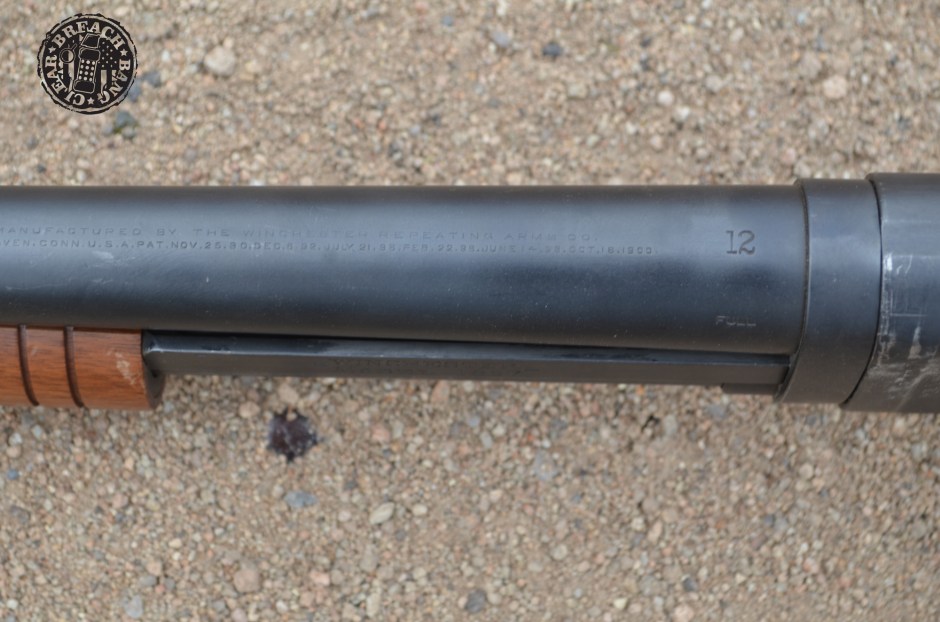 American dough boys were reportedly so good with the 97, they were able to shoot potato masher grenades out of the air like they were at a skeet tournament back home going for 500 straight! 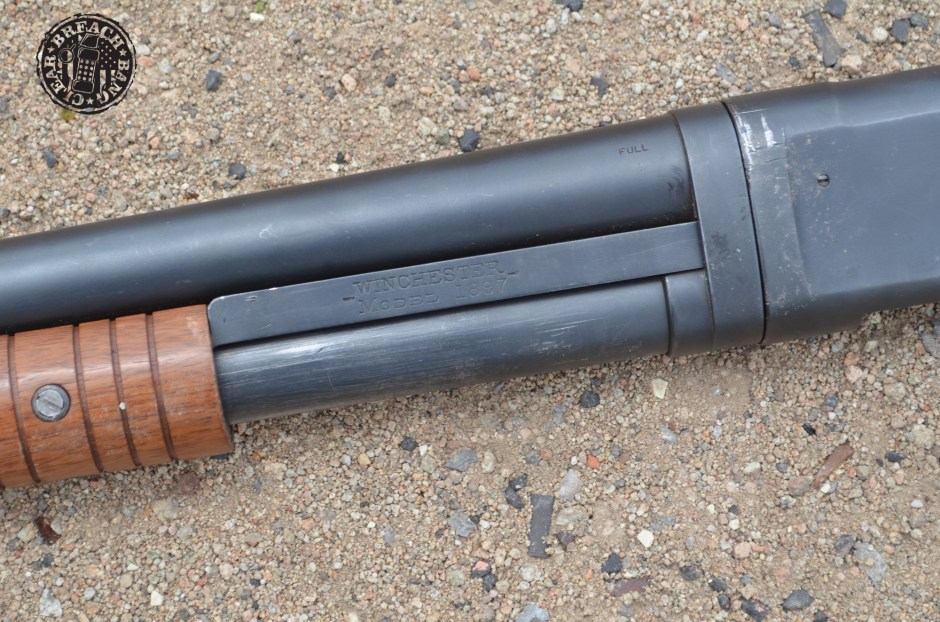 Modern copies of the Model 1897 were manufactured by Norinco of China in both the Trench and Riot versions, but importation came to a halt in the late 1990s. With over one million of these scatter-guns out there, it is not hard to find an original for a decent price.

You may be scratching your head thinking, “Why would anyone want that when there are better modern guns out there?”

Well, not really, but the guns are a hit with reenactors. The founders of the Single Action Shooting Society supposedly got their idea for holding Cowboy Action Shooting matches after a group of them had watched The Wild Bunch, were the Model 1897 is used with deadly efficiency throughout the film. As a result, they deemed it a “period piece”.

Despite ours being made in 1903, it tends to be our go-to shotgun when we need one. The 113 year old action is still slicker than snot on  a doorknob, and any gun that made the Germans run their cryholes about barbarism during WWI is probably doing something right.