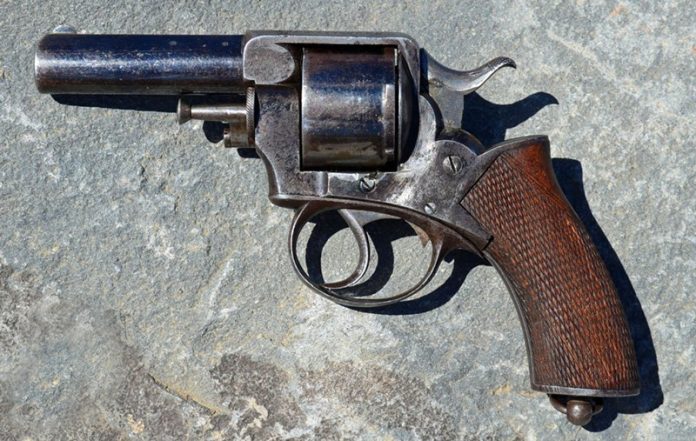 Every now and then you come across a firearm with an interesting history, that turns you into an armchair researcher. We went through this recently with an Ulster Bulldog, based on the Royal Irish Constabulary (RIC) revolver.

The RIC revolver was a solid-frame double action revolver first made by British gun maker Philip Webley, and took its name from the police force that first adopted it in the 1860s. Often called the “Bulldog” due to its stout frame and short barrel, it went on to inspire a host of other designs as well as forgeries. 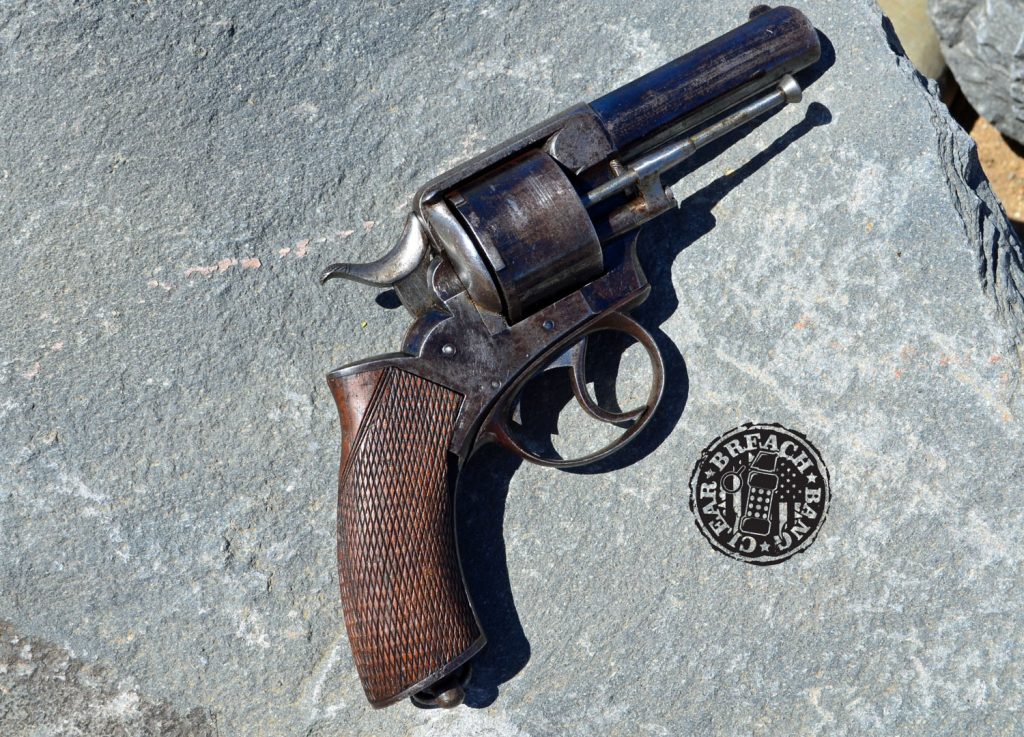 Ours is chambered in .450 Adams and is capable of launching a 225 grain lead slug at about 750 fps. We were curious as to its date of manufacture so we did some digging around.

The markings on our pistol’s top strap states “Braddell & Son Castle Place, Belfast”. This was one of our reasons for buying it, as you can count on the left hand of a really bad shop teacher how many companies made guns in Ireland.

We learned that Braddell was an outfitter and gunsmith. He ordered frames from Webley, modified them in the RIC pattern and sold them with his markings as an “Ulster Bulldog”. His major modification included brazing a longer handle onto the grip frame and adding full length checkered stocks. The extra inch it gave allowed for a much improved hold while firing. Some of these revolvers are marked “Ulster Bulldog” but most (like ours) are not. 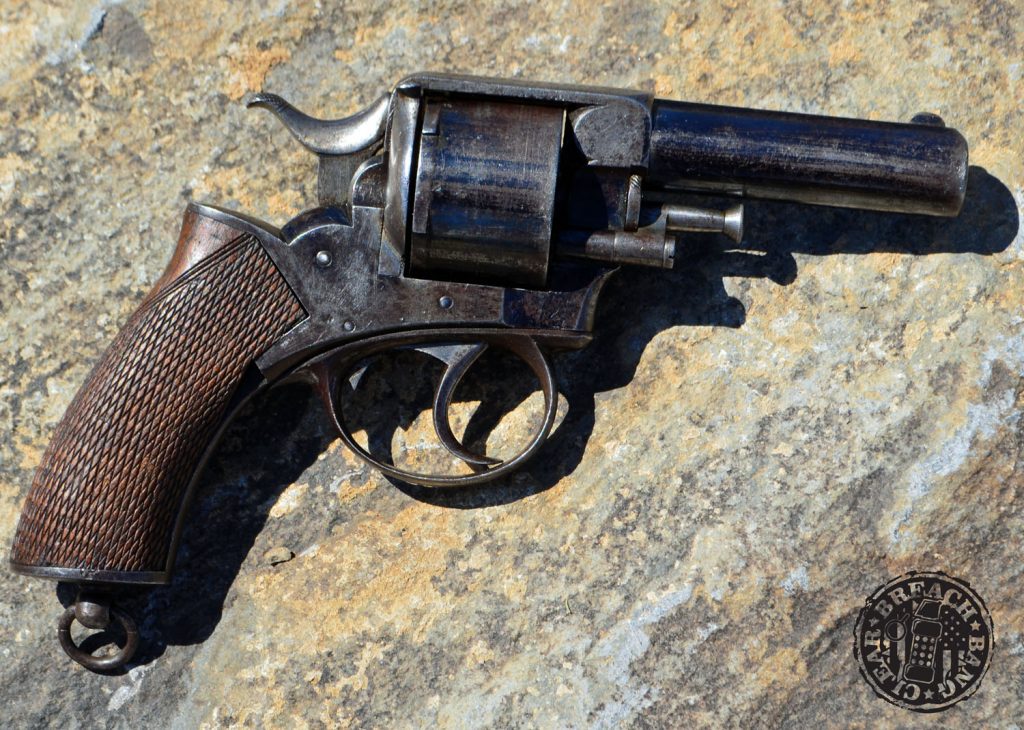 As it turns out, the firm was still in business as J. Braddell and Son Ltd., and at the time of our inquiry was still a sporting goods retailer.  We reached out to them concerning the age of our revolver. Company spokesman Charlie Costley told us that dating these revolvers is difficult but that they were made between 1885 and 1890 and that our serial number put it toward the end of that date range.

Unfortunately from what we can tell now, they have morphed into a retailer for sunglasses recently. So if you find one of these old Bulldogs, you may be out of luck in researching the history from Braddell. On to the gun itself, though.

Webley revolvers have become very collectible in their own right, and the Bulldogs or RIC revolvers have long been a favorite as they saw quite a bit of use on the American Frontier. General George Armstrong Custer was known to have owned a brace of them, but there is some debate as to whether he carried them at the Battle of the Little Bighorn. Their compact size and solid frame design made them ideal for concealed carry in the late 19th century and early 20th century, as they could be easily carried safely in a coat or jacket pocket. 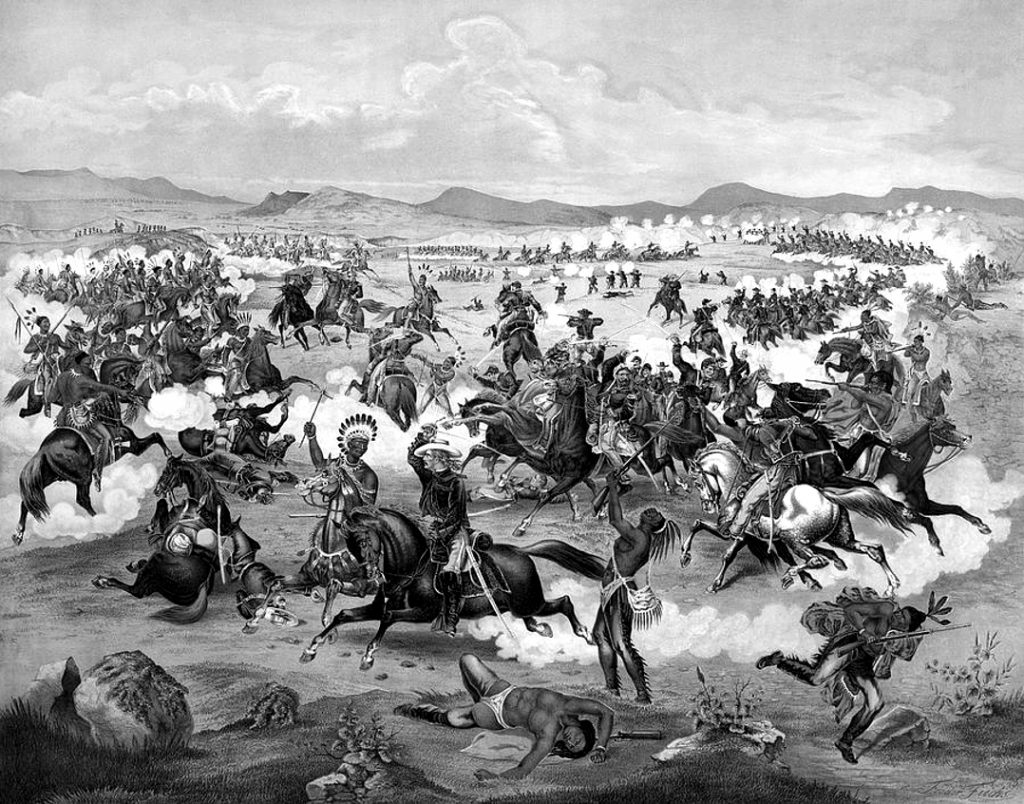 We realize a few hundred instructors/CCW advocates and the like just had a stroke with that sentence, but that was how revolvers were most often carried in the Old West. Holsters were not as common, especially for revolvers not made in America, and coat pockets were made on the larger side. 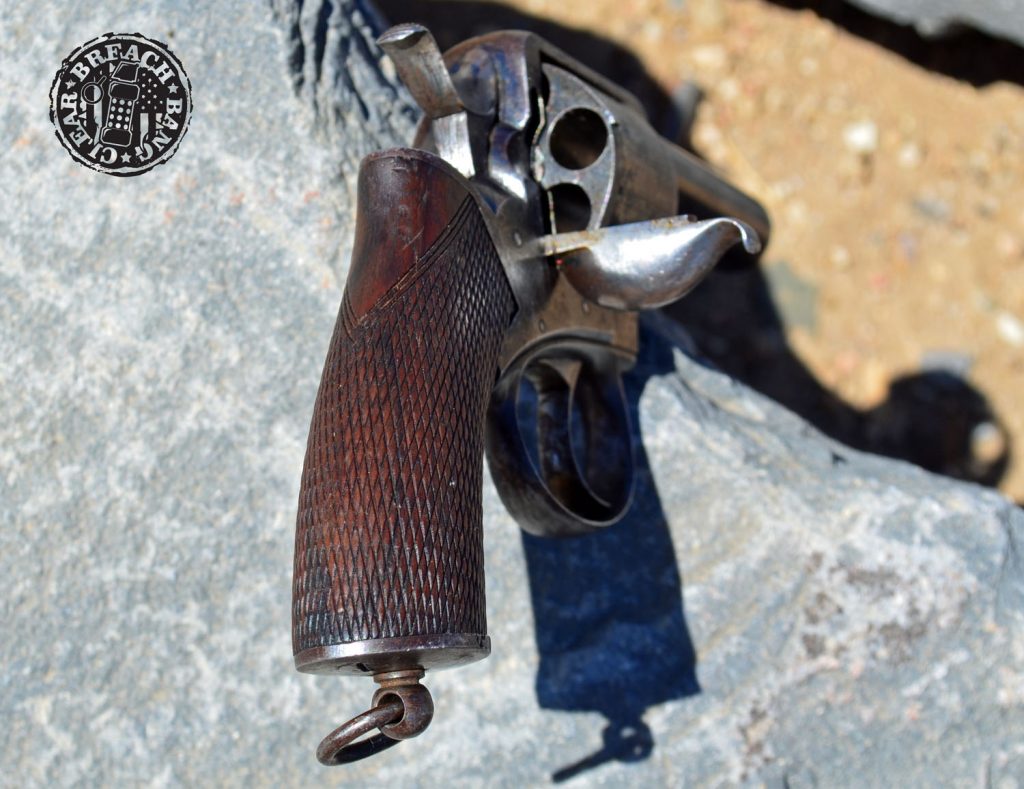 Still, with no ammo to be found, the poor old bastard will sit empty until we decide it’s a project worth starting. Maybe in time for St. Paddy’s Day, though we won’t say what year!