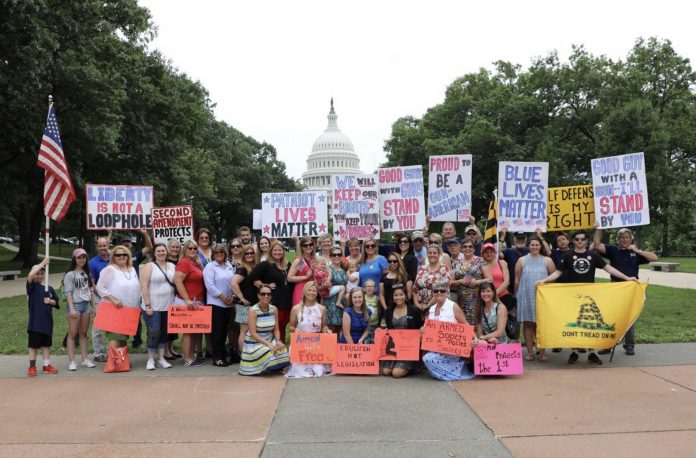 Not everyone at SHOT Show is in town to sell a product or write about a new widget. There are some women present for the event who want to sell an IDEA.

The idea is that women have the right to defend themselves with firearms. The people these women want to sell to are their legislators in Washington DC.

Started almost four years ago by champion shooter and former police officer Dianna Mueller and the A Girl and A Gun women’s shooting organization, the DC Project organizes a group of fifty women (one for each state) to descend on The District of Columbia for a long weekend in order for the female firearms owners to meet with their individual Congress critters.

The ongoing plan is to meet with and enlighten Congress – one member at a time – in order to put a female face on the firearms issues that these legislators are often ignorant of. The non-partisan, grassroots, Pro-Second Amendment movement will sponsor its fourth trip to Washington D.C. this summer.

While at SHOT, the women of the DC Project are hoping to gain continued support to help defray the travel costs for the 50 women who participate yearly. To that end, there is a gun raffle and also a Team Match match fundraiser for the project.

Here is a powerful video of the “faces” of the DC Project, and why they do what they do.