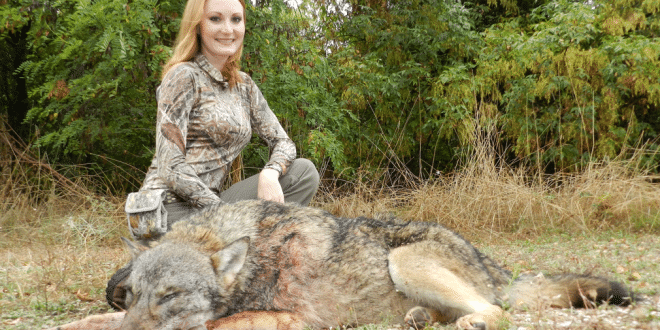 The “Test” hunting season for wolves in Michigan has come to an end.

This year marks the first time wolves could be hunted in Michigan since they were declared a protected species. A huge change from just 50 years ago when Michigan paid a bounty for wolves.

Hunting was limited to:

There was 1200 wolf licenses issued by the state. Licenses cost 100 for residents and 500 for non residents generating between 120K and up to 600K in revenue. While only half the allowed amount of wolves were killed a total of 23 wolves animal rights groups are still upset.

“This whole hunt is happening because of tall tales and fear mongering,” said Jill Fritz, Michigan state director for The Humane Society of the United States and the director of Keep Michigan Wolves Protected.

The Humane Society spent 100’s of thousands of dollars campaigning and petitioning to stop both the 2013 hunt and make sure that it never happens again. However like man political groups the foundations for these are not in touch with the people that live in the affected communities.

This years wolf hunt was done to protect Michiganders living in the UP that are seeing their farm animals killed and in some cases family pets. There is a growing concern that as wolves are getting more and more comfortable around people that attacks will expand eventually harming children.

While Michigan’s Department of Natural Resources is calling the hunt a success, it will take years to see exactly if there is an impact on the wolf population and if it makes life safer for Upper Peninsula residents, their livestock and animals. It is also unknown if there will be another wolf hunt, as voters will decide on at least one ballot proposal this November on whether to allow future hunts.
Brian Roell, a wildlife biologist at the DNR’s Marquette office, said the first hunt was successful because it was the first time the state used a call-in system to keep track of animals killed.

Let us know in the comments how you feel. Do you think outside groups should be pouring money into deciding what is best for the UP? Do you think we should use this data to study the long term effects of the hunt before opening it up further?