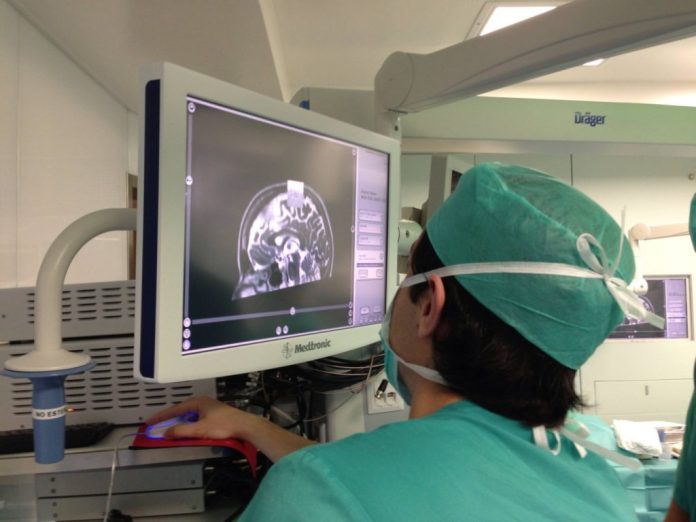 As a general surgery intern rotating through the university hospital neurosurgery service, I was immersed in learning all day and frequently all night. There was so much to learn, and my Socratic chief resident often reminded me, “that’s why the program is so long.” Six years after medical school for a neurosurgery residency, actually, and that’s not counting any additional subspecialty fellowship, which tacks on another year or two.

But now doctors in training are getting crash courses in the insistent mandates of identity politics. At the crucial stage of their long training when bedside and operating room experience is paramount, doctors are now being told what their new priorities should be—to heal society, not just individuals, and to prepare for their part in the progressive racial justice project.

Does anyone believe that turning medical schools into woke madrassas will not come at the expense of expertise in taking care of the sick and injured?

Consider a young neurosurgeon in training at Harvard who recently charged in a Forbes article that U.S. medical schools don’t meet minimum standards for “racial justice.” The author cites as her “racial justice” creds a concurrent research fellowship at Harvard’s Program in Global Surgery and Social Change and being founder and co-president of something called the Gender Equity Initiative in Global Surgery.

In years past, neurosurgery residents took so seriously the mastery of brain surgery that they disappeared into that work for six years, typically at the expense of everything else—including family life. Few even stayed current with the daily news, to say nothing of an ongoing personal commitment to political activism. Such distractions were simply unthinkable.

It’s even worse at the Medical College of Wisconsin. The college’s ominously named Kern Institute for the Transformation of Medical Education aims to compel students, in the words of institute director Adina Kalet, M.D., MPH, to “fac[e] . . . ‘white fragility’ to describe the disbelieving defensiveness that white people exhibit particularly when they feel implicated in white supremacy.”

Another institute staffer rhetorically asks, “how might I help to dismantle and rebuild our [school’s] accommodations and remediation systems so that they favor equity over the bias-ridden concept of ‘fairness’?” and urges a “willingness as a community to engage in conversations about structural and interpersonal racism, hostile environments, and microaggressions without being concerned about the emotional fragility or anger of those with power and control.”

An apparent prerequisite for admission to the Medical College of Wisconsin is a readiness to take part in the public self-abasement rituals of white liberal guilt. And so we have the spectacle of a second-year medical student confessing in the college newsletter “I am white and I have been complacent . . . I recall times I failed to address systemic racism. I would like to acknowledge my cowardice in this . . . .”

These confessionals are disquietingly reminiscent of the “struggle sessions” in which young people under Chinese Communist Party chairman Mao Zedong’s rule labored to outdo each other in group displays of self-denigration. The expectation is a full confession of dark, private feelings, and it’s hard to escape the conclusion that the goal is the same as it was for the youthful raging Red Guards—to destroy individuality and force unquestioning conformity to the party line.

Most medical schools now boast a dean of diversity, equity, and inclusion whose job is to advance the broad and often ambiguous agenda of racial and gender politics. These professional identity group mediators vigorously prosecute affirmative action despite its decades-long history of failure in higher education and despite its illegality in several states.

It is long past time for taxpayers, alumni, and legislators to stop the politicization of our medical schools, if not to preserve American ideals of equality and liberty, then to avert the certain sabotage of quality of the nation’s doctors.

Precious curriculum time properly spent shouldering the enormous responsibility of taking care of sick folks is being hijacked to train young doctors in the ugly tenets of identity politics. A woke neurosurgeon may not have the best surgical outcomes, but he will be able to lecture you authoritatively on your white privilege.

—Timothy Wheeler, MD is the founder and former director of Doctors for Responsible Gun Ownership, and a retired head and neck surgeon.