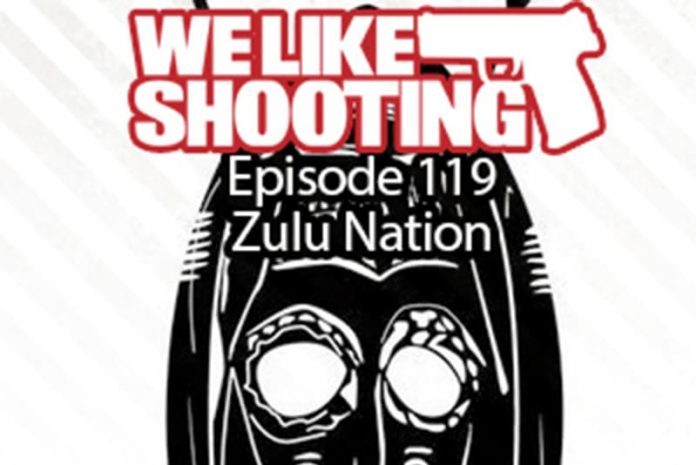 Now to our guest!

Do you have a situation where you almost needed SCD?

Everything you do is to protect yourself and your family. Whether it’s house insurance, car insurance or carrying a firearm. After a house fire, you’ll rebuild. After a car accident, you’ll get a new car. After a self defense incident make sure you are there to help them pick up the pieces and not rotting in a jail cell. It’s not always as simple as it would seem. Why risk it?

Everyone who signs up gets a free We Like Shooting pint glass, just send your email confirmation to feedback@welikeshootingpodcast.com

Use code WLS30 for $30 off the Transformer rail!

Regina Milkovich: Ladies Only at Rifles Only

Answer: I’m going to try a Vortex PST 1 – 4 with the TMQ Reticle and 1/2 MOA turrets.  I mounted it in a Aero Precision Ultra lite mount.  They are very light yet strong.  If they can stand up to throw the rifle in the barrel 3-gun

give winners this link – http://gunchannels.com/dpg

I found WLS while listening to archives of the PRP and they had Lil on the show and she mentioned WLS and I had to get more of one of the worlds sexiest voices. I’ve listened to most of the archives now. Jeremy, Lil and Shawn know what they’re talking about when it comes to guns, the other three, especially Aaron are pretty much just there for comedy and politics. The way they all give Aaron crap is hilarious (after about his 5th interruption I want to give him a mushroom stamp). Overall show is awesome, Jeremy needs to swear more and needs his own section titled “Vote from the rooftops!”. Bring back the drinking game. All the hater reviews saying the show needs to clean up can shove it, it’s good the way it is. If you want a serious straight gun talk show this isn’t for you. If you want a good laugh, to catch up on politics and some firearms knowledge this is it. PS Lil’s 4 months absence was BS, I almost dropped you a star because of it.

We honestly couldn’t do this without the patrons. Our advertisers are amazing but it’s the patrons that keep us growing.

Just a reminder to join a gun related advocacy group and we always give out the Suicide prevention line, that number is 1 (800) 273-8255

Thanks for listening, and shoot straight.

get guest to say – this is Joel from Zulu Nylon Gear and you’re listening to the We Like Shooting show!