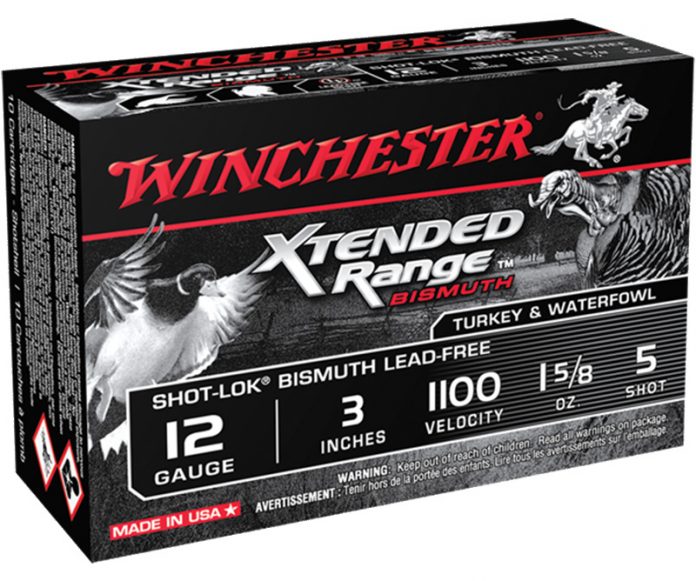 The lead-free ammo is ideal for turkey, waterfowl and upland hunters, according to Winchester. The ammo maker said that bismuth shot features a density greater than steel which offers better penetration that standard lead loads. The addition of Shot-Lok Technology, which is used to protect the bismuth shot from fracturing, increases pattern density while improving downrange energy.

The Xtended Range Bismuth packs twice the number of pellets in a 20-inch circle at 60 yards as compared to lead loads, according to Winchester.

“Winchester strives to provide consumers with the optimal ammunition for every hunting situation. Xtended Range Bismuth provides an affordably priced, high-performing turkey and waterfowl load for hunters across the country,” Matt Campbell, Vice President of Marketing and Sales for Winchester Ammunition, said in a press release.

The Xtended Range Bismuth will be available starting in spring with a box of 10 rounds priced at $35.