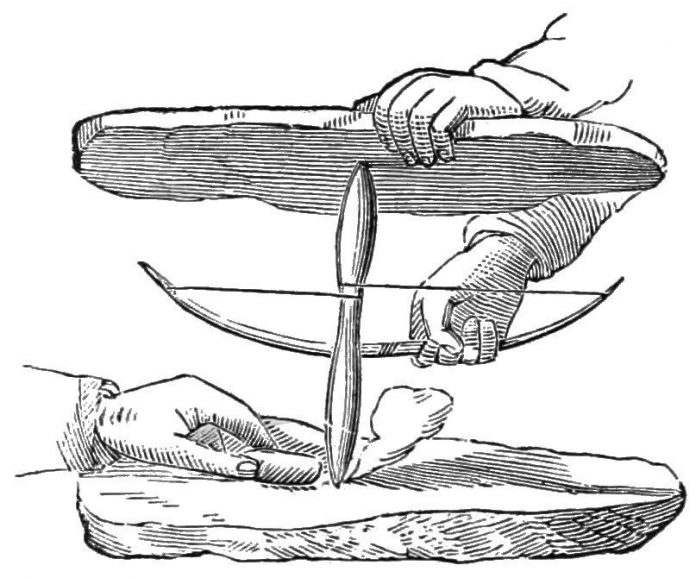 Fire is life. It’s cooks our food, it keeps us warm, it drives away the darkness in which we sometimes find ourselves. There’s something incredibly calming, almost meditative, about sitting in front of a crackling blaze. We stare at it intently, slowly getting lost in the flames. Fire connects us, with each other, with ourselves, and with the past. I think that somewhere in all of us is some ancient spark, left over from whatever forward-thinking Neanderthal first brought fire to life, that makes us feel cheered and secure within a fire’s glow. The reality is that in the modern age, the art of fire building is a seemingly unnecessary skill and is often forgotten. But whether you’re suddenly alone on a deserted island after an unexpected misadventure, or simply trying to impress at your future in-law’s summer barbecue, knowing how to make a fire anytime, anywhere can really save your life.

When building a fire, most people simply cheat and use an accelerant; be it lighter fluid or gasoline, soaking a pile of wood in the stuff and then throwing a torch onto it and watching it explode into blazing life is what works for a lot of us. While it’s fun and effective, having a gallon of gas or two with you while hiking or camping just isn’t practical. And not only can accelerants be dangerous as a fire can quickly get out of control, but they are a short cut. Plus, if you intend to cook on said fire, the chemical residue from lighter fluid isn’t the most palatable, unless you like your steaks to taste like a melting credit card, in which case more power to you. So, without using a flammable liquid, the first thing you need to start a good fire is tinder. Tinder can be anything from man-made materials such as newspaper, or natural materials such as dry grass or leaves, that ignite quickly and can hold a flame long enough for you to begin adding more fuel. Always try to add small dry twigs first, followed by larger branches, before you add any large logs. You always want to build a set of coals up to keep your fire going. It can take practice and patience to “build from scratch” like this, but while a slower process than pouring gas on a flame, it’s here that you learn how to bring a fire to life.

Once you have the basic understanding of building a fire then you can put together a simple fire starter kit to carry with you wherever you go, always keeping a potential blaze at hand. Whenever I go into the woods, I slip a small Ziplock bag into my pocket or backpack with a few simple items. First and foremost are two butane torch lighters from Jetpro. I like them because they’re windproof, refillable and simple to click into life with freezing fingers.

As a back-up, since lighters can break or run out of fluid, I also throw in a couple of simple Bic lighters and a flint and steel. I like Swiss Safe’s 5-in-1 fire starter kit steel, because it’s small and light, extremely reliable, and comes with a handy whistle and chunk of parachute cord that I can play with when I’m bored. Aside from the lighters and flint and steel, I also carry a small amount of tinder. This can vary depending on what I have at hand when I remember to refill my kit. Dryer lint, a small ball of duct tape, or a couple of cotton balls coated in Vaseline all work well. I’ll also put in a small bag of pencil shavings or my personal favorite, powdered birch bark, which catch a spark from the flint and steel very effectively. These are all items that are small light and easy to carry, and they ignite quickly and hold a flame even in damp and wet situations.

Now, the thing about fire starters kits is that for them to be effective, you must have them with you. Of course, things can happen like the kit becomes lost or damaged or you forget to bring it. So knowing how to build a fire with literally nothing is pretty vital. We’ve all seen Tom Hank’s rub two sticks together in Cast Away, and in truth doing it that way is entirely possible but not very practical. When I was a kid, I’d spend hours messing around with sticks trying to start a fire and never had much success. I wanted to find a better quicker way to get a fire started and that’s when I discovered the fire bow. A fire bow often called a “fire drill” or a “bow drill,” is a straight piece of wood bent into a bow shape, with a piece of rope tied at either end.

Combined with a spindle, a fire bow is easily the most effective way to quickly start a fire with just two sticks. Using friction to generate heat, when used effectively a fire bow can create an ember that when placed in a tinder bundle (a ball of light dry tinder material) can be coaxed into flame quickly. To make a fire bow simply bend a stout branch into a bow and attach a piece of twine to both ends. Once you have that together pick a dry stick to use as a spindle and wrap it in the center of the string in the bow, tightly enough so it wont slip around too much. Place the end of the spindle in a notched piece of dry wood on the ground held between your knees for stability. Then simply work the bow back and forth like you’re playing a fiddle in a duel against the Devil, while putting downward pressure on the spindle until a coal is formed. Now I may be oversimplifying it a bit and it admittedly takes a bit of practice but using a fire bow is a great fire-starting weapon to have in your quiver.

When it comes down to it, being able to build a fire is a skill. Whether it’s simply building a quick blaze outside a tent to set the mood or coaxing a lifesaving flame from soaked and snow-covered logs with trembling fingers, you want to be sure that you can get it done quickly and efficiently. Everyone knows that dude who throws their family in the car and takes them to McDonalds because he can’t get the campfire going. Don’t be that guy. 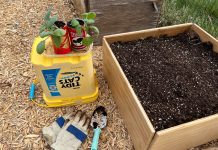 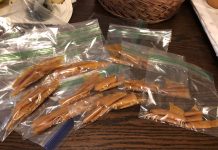 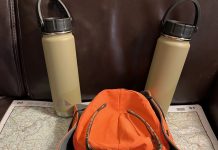 Over-Prepared is Better Than Dead