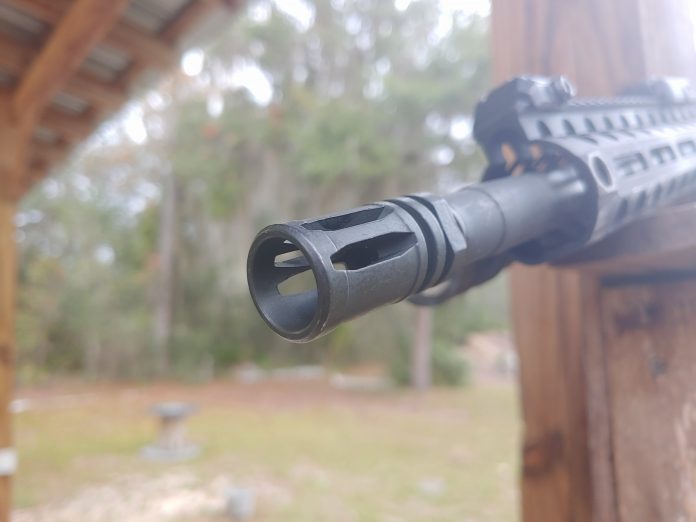 If you go and purchase an AR-15 right now, it likely comes with a muzzle device, and that muzzle device is likely the classic A2 flash hider. The A2 flash hider has been around since the 1980s, and there is a reason it’s stuck around so long. The damn thing just works. That’s why even companies at the mid and higher-end levels still use A2 flash hiders. The device is commonly called the A2 birdcage due to its enclosed design.

The first flash hider used by the M16 was a three-prong design that was open-ended. This apparently resulted in the device getting caught in the natural wonders of the Vietnam jungle. When the Marine Corps began designing the A2, they enclosed the flash hider, and we called it the birdcage. So why does the A2 birdcage flash hider still rule?

The A2 Birdcage Does What It Says

It hides flash! It does it very well too. If you have a 14 to 20-inch barrel on your AR-15, it’s hard to find a more effective flash hider. Flash from a rifle can be a big pain in low light and makes it tough to fire rapid follow-up shots and remain focused on the target. An A2 birdcage flash hider cuts the flash significantly and makes it easy to focus on your target for shot after shot. 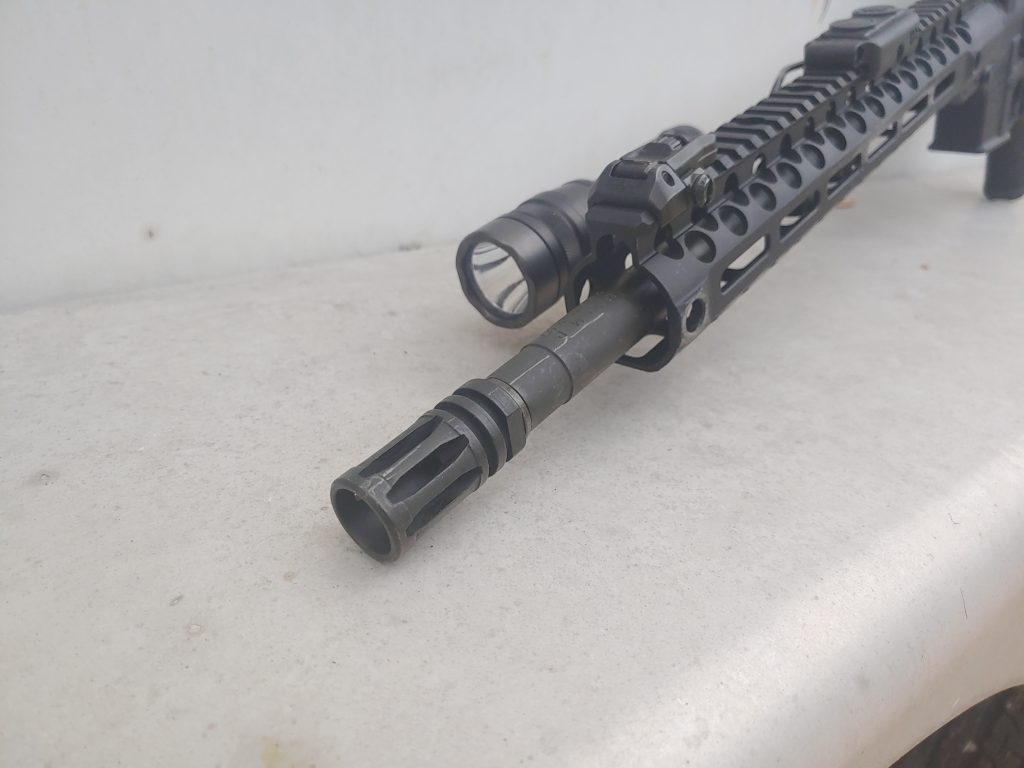 As your barrel gets shorter and shorter, the flash hider becomes more and more crucial, at least on 5.56 AR-15s. Even 14.5 and 16-inch barrels create some substantial muzzle flash, and the A2 flash hider does some serious work to keep these weapons manageable.

Why Deal With Muzzle Rise?

The A2 Birdcage flash hider has top-mounted ports that act as your flash hider. This cuts flash but also redirects gas upward. Since gas is flowing upward, it’s pushing the muzzle downward. This has the effect of reducing muzzle rise and acting as a compensator. This makes the device a dual-purpose tool that’s fairly effective at both of its tasks. The reduction in muzzle rise keeps the weapon more controllable all around.

Climbing in The Prone

The prone provides you with the most stable position possible for shooting, and it also makes you the smallest target possible. There is a big reason why the infantry will likely find themselves in the prone position more often than not. A lot of muzzle devices aren’t prone-friendly. 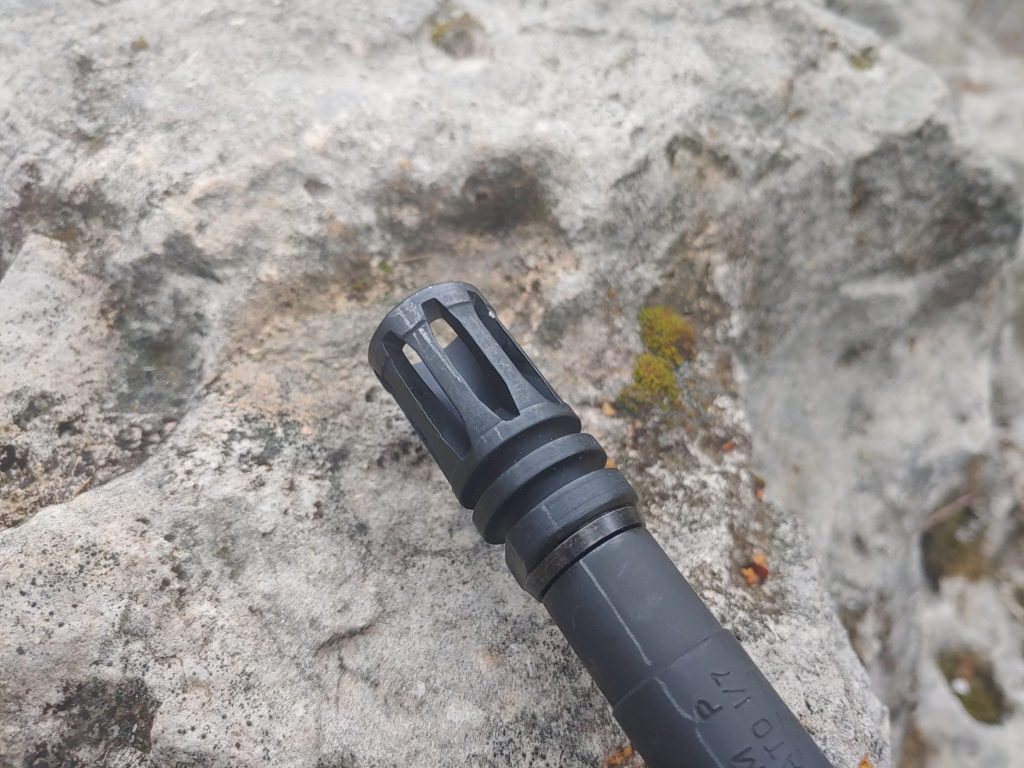 They manipulate gasses in different ways, and this often involves shooting them out of the sides of the muzzle device. The A2 birdcage was designed for riflemen and the gas vents away from the ground. This prevents dirt and debris from flying upward and around the shooter. This dirt and debris can be both a hassle and gives away your position with other muzzle devices.

Who likes wasting money? If you purchase a rifle, it likely comes with an A2 birdcage, so there is no reason to spend any extra money. If you have to purchase a muzzle device, the A2 birdcage can be found right now for about ten bucks. Hell, I’m surprised people don’t ship them for free with orders. They seem to be a bit cheaper than the stickers PSA includes with everything.

The A2 Birdcage is only 1.75 inches long and is .86 inches in diameter. It’s super small overall and adds barely any length to your firearm. At the same time, it’s very effective for its size. There are devices that work better than the A2, but they are often a good bit longer and heavier. It’s efficient in its design. On the flip side, you might find options that are significantly longer, and you might think I’m an idiot who is just wrong. However, the A2 birdcage design is a popular option for shooters with a 14.5-inch barrel who want to pin and weld a muzzle device in place to prevent their rifles from being SBRs. Those tend to be a bit longer than the standard A2 birdcage.

Is It All Gravy?

Admittedly the A2 birdcage isn’t the best option if you want a QD suppressor mount. I spent a ton of money of my last build including an expensive 80% lower jig and I still used an A2 birdcage. Griffin Armament does make one option for the standard flash hider, but that limits you to one suppressor. If suppressors aren’t your thing, then it’s tough to beat the A2 birdcage. It’s been around for so long for a reason. It just works.