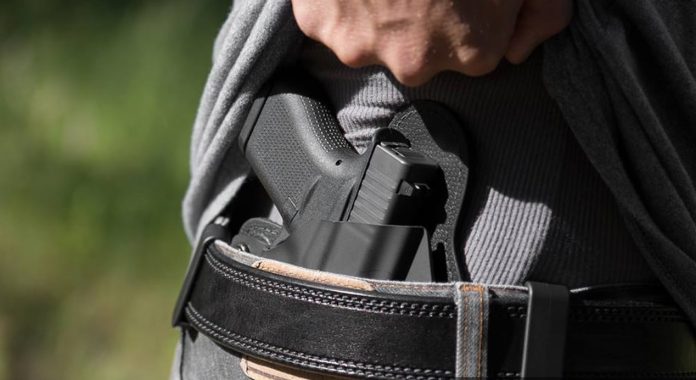 A long time ago, a friend asked me why I carried a gun every day. Being young and intemperate, I offered up a glib answer about how I wanted to be ready or die in a pile of brass; something typical of what you’d expect a self-identified “sheepdog” to say. I’m older now, and hopefully a little wiser, but it’s still a question worth visiting. Why do I carry a gun every day?

What about the seat belt argument? Do I carry the gun for the same reason that I wear a seat belt? While there’s a certain appealing logic to that argument, I don’t find it applicable any more. I wear a seat belt because the odds of me getting into a car crash are relatively good, especially when compared to the odds of getting into a self-defense shooting. Additionally, a gun requires skill to use effectively, whereas a seat belt requires no effort beyond “click.” A seat belt is a passive safety device – same with airbags, it’s there to protect me and requires no effort for me to use. A gun requires effort and skill.

Is it because I’m afraid of terror attacks? While that is a real danger, I also recognize that 21 rounds of 9mm aren’t really going to stop a bomb attack. I am CPR certified, and I know how to use a tourniquet, which to me are far more useful skills in that situation than being able to shoot. I don’t carry a gun because I have some fantasy of popping a suicide bomber with a head shot before he can push the button.

So why then? Why go to the trouble of strapping on two pounds of steel every day? Why educate myself on the laws of where I live and where I travel to make sure I’m in compliance? Why train to be able to employ my gun quickly and effectively?

The answer on its face seems simple, but is in fact a deeply personal and complicated process. However, it can be summed up in two words: what if. I understand that the world is a wild and unpredictable place. What if…what if today is the day that I need my gun? What if someone decides tonight, when I’m home and relaxing on my couch that they need my stuff more than I do? What if today is the day I’m walking the dog and some decides that they need to score, and they’re going to stick in a knife in someone to get that score. Most of all, I’m worried about what if something happened and someone gets hurt because I wasn’t able to act. My gun is a lot like a tourniquet, or CPR skills. If I don’t have those things, there are situations I can encounter where I’d have the training to help, but lack the correct tools.

What if today is the day I don’t need my gun at all; and I simply go about the day carrying a gun, a tourniquet, and never having to use them? Then that would be a good day. But the reason I carry a gun is because I don’t have the magical power to guarantee that every day is going to be a good day. I’m not jocking up and pretending I’m some sort of hyper-prepared sheepdog warrior, and I’m not constantly looking over my shoulder looking for badguys. Quite simply, I worried about “what if this happens, and I could have helped. If only I’d been carrying.”