Stand by for pics of our junk and our guns. Lots of people “carry appendix.” Many do not. Frequently the 2 sides argue about it – because, you know, you might shoot off your cock’n’balls.  Most of our minions like AIWB (Appendix Inside the Waist Band) and carry that way, not least because it’s so comfortable (MDFI‘s Erik Utrecht wore a G19 in an RCS VG2 from Michigan to Arizona on a bicycle during Trek’s Trek). One staunch proponent of AIWB is Matt Jacques of Victory First; we asked him to pontificate a bit about it. We will run a counter-point (i.e. someone who thinks AIWB is a bad idea, or at least a less good one) as soon as we find an SME willing to write it. Mad Duo 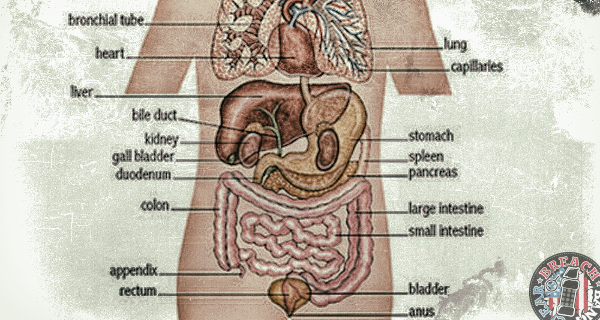 Appendix Carry: Is It For You?
Matt Jacques

There are always differing opinions on everything. Best truck, best chocolate, direct impingement or piston, even the old reliable 9MM vs .45. The debate that seems to be getting the most attention over the last couple of years is “appendix or strong side carry?”

This is just like the decades-old ammo debate. There are strong feelings on both sides, some of which are non-negotiable. To help you make your own decision, I’ll offer my personal experience and findings as well as what some of my students have relayed to me over time.

I have been appendix carrying daily for about two years. Prior to that, I only carried AIWB (appendix inside waist band) off duty, since my PSD work required me to carry strong side with a 6004 rig. So why did I switch after nearly twenty years of carrying strong side? Well, it was a calculated and studied conversion. 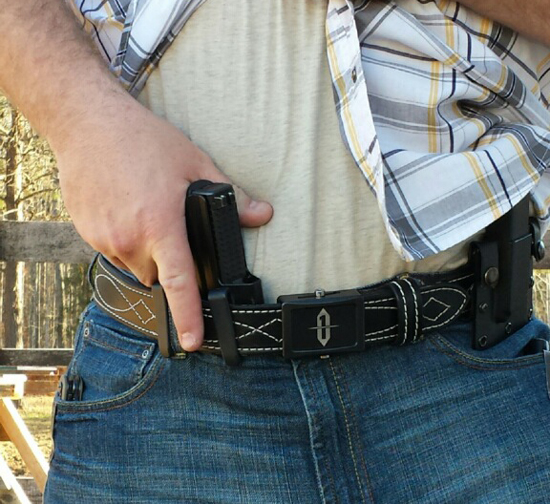 I am a retired cop and former Marine MP. For the first few decades I carried a handgun, I used a Sam Browne rig for duty and a couple of different rigs for SWAT and fugitive work. Strong side was the norm and the gun was always in that general area, either on the belt or a few inches lower beneath my armor.

AIWB was something we did without much thought. When I did undercover work, I would regularly stuff my handgun inside my waistband to run a deal. Whether I was driving or riding dictated where I stuffed it; my carry location was based on where the suspect would be. The AIWB setup was perfect because I didn’t have to reach behind my back to draw my weapon in a deadly force confrontation or during the takedown kicked (damn do I wish the Vanguard II had existed back then). After carrying in my waistband as an undercover cop I realized AIWB was a viable concept, but I needed to address what the masses still stammer about… “but it’s pointed at your junk.” 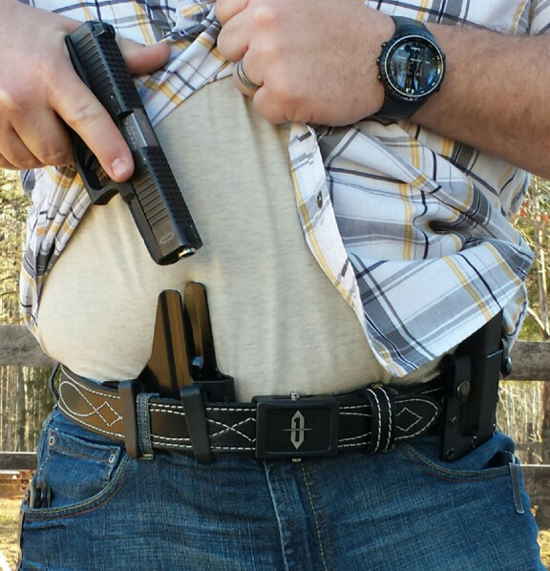 Well, yes and no. “Pointing” is an act, not just placing the handgun in its resting position. If working in a safe and deliberate manner (as administrative prep should be) there are zero concerns. I get dressed, and my carry gun is already staged in its home, a Raven Concealment EIDOLON. When I don the rig, the gun is in the holster, trigger is covered and I secure the holster on my belt. At no time is there any chance of the handgun going off, unless you wrongly think they go bang all by themselves.

I do not subscribe to the “one more rep” loading procedure for my EDC. Loading and donning are an administrative function, in a controlled and safe environment and manner. If I deem it necessary to do a press check or swap out a magazine, it is done BEFORE I re-insert it into the holster, and then I secure it on my belt. 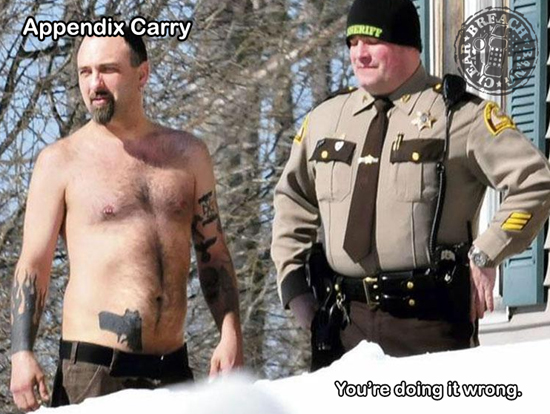 The rig isn’t “pointed” at my plumbing. It is offset at about 1 o’clock, resting there comfortably until I might need it. The same as a rifle in the closet is loaded, or the 30-30 that can rest on the rifle rack in the back of the truck. The rifle is safe, but you pass the muzzle (if you want to be THAT specific) without incident. When you sit with a handgun at 3 or 4 o’clock, you will flag yourself several times throughout the day without realizing it. Sitting in a chair and kicking your feet back so you are stretching, or on your toes reaching for something on an elevated surface, kneeling on both knees… If you are active, you do it more than you think. 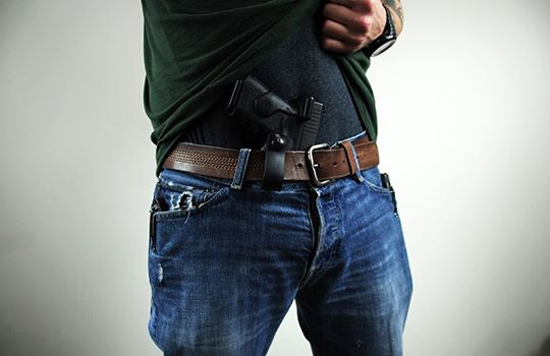 “It’s pointed at your femoral artery”. Again, not really. Granted, if you had a negligent discharge the muzzle blast itself could cause serious damage. That being said, for years and with great success people have carried pistols in shoulder holsters, with their muzzles inches from the Axillary artery, Axillary veins and brachial artery.

We carry carbines muzzle down and loaded, and they flag our legs (there are arteries there too). We have to sling loaded rifles on our back in certain situations; we make sure the safeties are on and safely guide the rifles to our back. In that same way, before we carry AIWB we ensure the handgun is in the holster and then secure it in the beltline.

But even I have concerns with training AIWB. However, those concerns can be mitigated with good gear and good training. While drawing from AIWB from concealment, we need to make sure our re-holstering procedure is a direct reversal from the presentation. 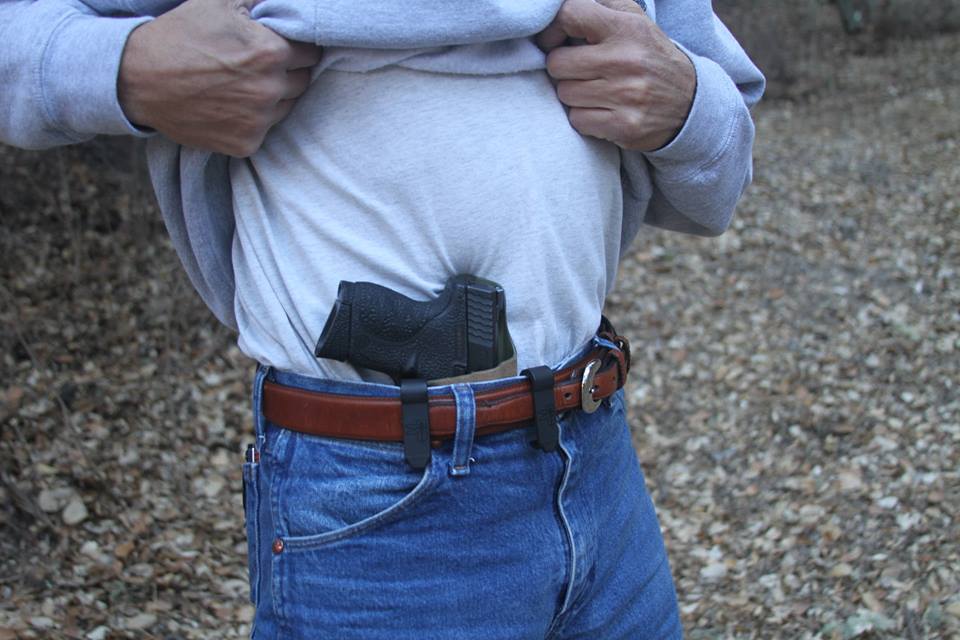 How is that accomplished? Once your post drill / shooting engagement is done, reach down with your non-firing hand, grab a positive fist full of cover garment and clear that possible trigger guard obstruction. Then as your handgun approaches the “mouth” of the holster, take a quick look and make sure that you have a clear, unobstructed path. Do this in a safe and deliberate manner, much like you would move a loaded carbine to your back to aid another or clear an obstacle.

AIWB is faster and more secure than many other carry methods. The handgun is near my body’s centerline. If someone “bumps” it, they will most likely be someone I am giving a hug or brotherly shoulder bump to, and in either of those cases they know I’m a gun-toting guy so no surprise there. If it’s someone I’m not close to, I can now control the action and keep that area away from an accidental bump and resulting “look of concern”. 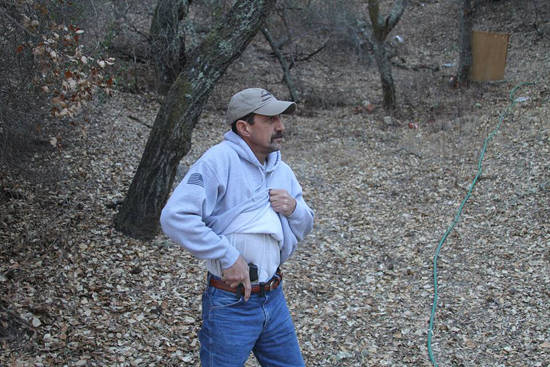 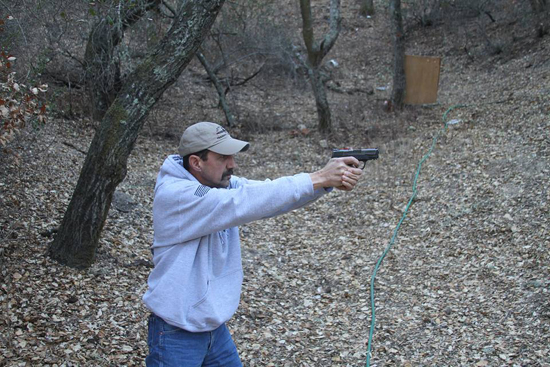 And the draw / presentation is faster from 1 o’clock AIWB as opposed to 3 – 4 o’clock strong-side carry. It’s an economy of motion consideration. Less time-in-hand movement, quicker to the target. It’s also more practical while seated in a vehicle, since your weapon is up front and accessible instead of under a seatbelt or tangled in a cover garment. The cover garment can be mitigated with setup, but your draw is still faster coming from the centerline. I’ve also found that AIWB makes it easier to hide the handgun’s profile (depending on clothing). The new Raven Concealment EIDOLON holster has made hiding a full size Glock easier than it has ever been, with the addition of the “claw” and “wedge”.

AIWB, while just now becoming more popular, has been around for some time. With advancements in redundant safeties on handguns, proper and safe procedures for loading and strapping up, and using slow and deliberate re-holstering techniques, AIWB is a safe and viable carry position. 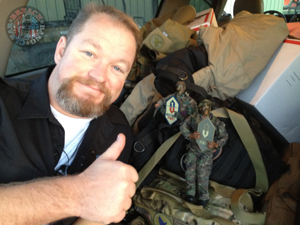 Read more from the Source Article from http://www.breachbangclear.com/why-carry-aiwb/