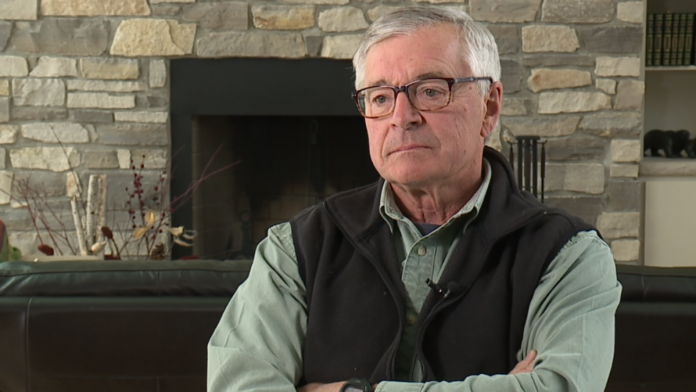 Via the Michigan Coalition for Responsible Gun Owners

In 2013, then Grand Rapids Mayor George Heartwell founded the Coalition for Gun Control in an attempt to keep legal gun owners from carrying at city meetings and in voting places despite being told that such a move would be illegal. Heartwell passed a city ordinance to that effect but it was blocked by the state. Members of MCRGO, Michigan Open Carry, and other gun owners attended a city council meeting and offered to work with Heartwell to discuss his concerns. He responded that he wasn’t interested in compromise. Heartwell said. “We keep looking (for ways to ban guns).”
In a shock to Michigan’s hunters and without consulting the Michigan Senate, this month Governor Whitmer appointed Heartwell to chair the Natural Resources Commission, the body that oversees the Michigan DNR and determines hunting & fishing rules and other policies regarding state land. Heartwell now claims he supports the Second Amendment but says “I think that people have taken my stand on guns in public meetings and conflated that to assume that I’m opposed to all guns, or that I’m opposed to hunting. I’m not.”
As chair of the Natural Resources Commission, Heartwell could prevent the use of modern sporting rifles and pistols for hunting. He would also be in a leading role to push for a ban on licensed concealed carry on state land overseen by the MDNR including state game areas, state forests, state parks, harbors, & recreation areas. Heartwell has responded “I do not come to this with an anti-gun agenda or an anti-hunting agenda,” he said. “I think that’s a label that’s been unfairly placed on me.”
Under state law, the Michigan Senate has 60 days to turn down Whitmer’s appointment of Heartwell by a majority vote. The Michigan Senate offered Whitmer a chance to pull Heartwell’s appointment in exchange for approving another Whitmer appointment to the commission. Whitmer rejected the Senate’s attempt at compromise. If you believe that the Michigan Senate should dismiss Heartwell from serving on the Natural Resources Commission, you can contact your state senator HERE.

“I do not come at this with an anti-gun agenda”

Forgive this poor Michigander for doubting you, Mr. Heartwell, but you illegally banned firearms on Grand Rapids city premises in defiance of Michigan’s established preemption statutes.
You blatantly violated the law to restrict the rights of Michigan citizens to forward your agenda. It callously violated Article I Section 6 of the Michigan Constitution, which expressly states the defensive nature of bearing arms, and the Second Amendment of the U.S. Constitution.
Whitmer is a known anti-gunner, as is Heartwell, and their records speak the volumes that their words try to mute. So if you’re a Michigander or if you know a few, get onto telling the Senate to reject Heartwells seat.