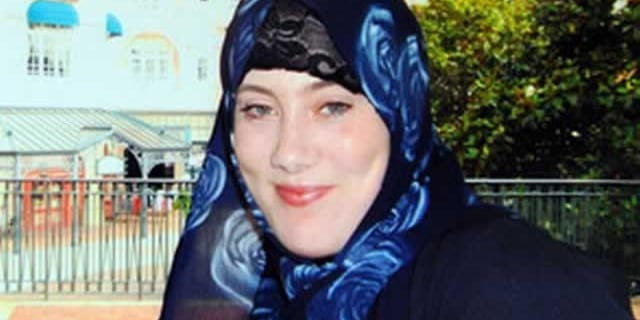 A British woman terrorist suspect dubbed the ‘White Widow’ has been killed in Ukraine, it was claimed on Wednesday. Samantha Lewthwaite, 30, was gunned down by a Russian sniper two weeks ago, alleged Regnum news agency in Moscow.

One of Britain’s most wanted people, she was reported last month as fighting for the Islamic State’s terrorists in Syria. The extraordinary Russian claim could not be verified last night.

Lewthwaite was married to 7/7 suicide bomber Germaine Lindsay, 19, a Jamaican-born Yorkshireman, and allegedly left Britain in 2009 before being linked to atrocities in Africa. ‘One of the world’s most wanted terrorists Samantha Lewthwaite who fought as part of a Ukrainian battalion has been killed by a volunteer sniper,’ said the news agency report. ‘According to our information, the White Widow fought on the side of Ukrainian volunteer battalion Aidar as a sniper.

She was killed by ‘a volunteer sniper who came to fight at the Lugansk front from Russia’.

The report continued: ‘The Russian sniper who killed the British terrorist now has a price of nearly one million dollars on his head from Ukrainian special services.’ The extraordinary unconfirmed claim came amid a welter of propaganda from Moscow and Kiev over the Ukrainian crisis.

The claim that Lewthwaite is dead could be an attempt by Russia to bolster its anti-terrorism credentials at a time when it is controversially massing armour and troops in Ukraine.