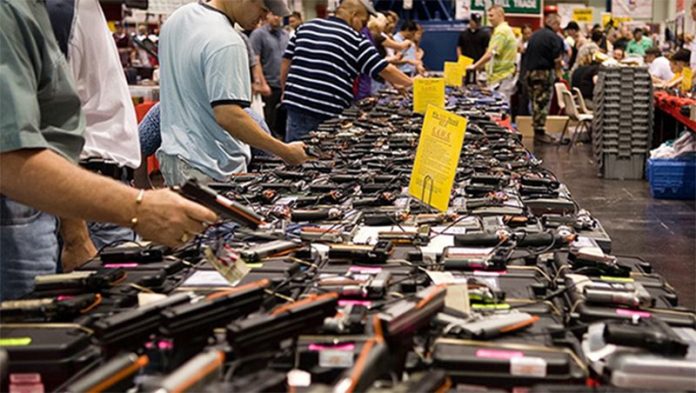 What’s wrong with the firearms industry ? It’s a question many people ask themselves when they read over and over again on web sites like this and others that yet again a firearms manufacturer is laying off employees. This time it’s Federal Ammunition laying off 110 workers and going an extra step by giving money back to the tax payers of Minnesota to the tune of $1.13 Million Dollars. The money was a loan from the state to help with a planned $33 Million Dollar expansion of the existing Federal Ammunition plant in Anoka, Minnesota. The news was also packaged with other bad news, according to Vista Outdoors who is the owner of Federal Ammunition also said they would not be able to keep it’s pledge to hire new employees. This is just the latest in a growing line of firearms industry companies that have either downsized or shifted manufacturing to other areas of the country. We have started to create a list of these companies and so far as of March 25th 2017 this is the list we have compiled.

March 2017– Colt Firearms announces layoffs at their custom shop including the director and most of their staff. Link http://www.outdoorhub.com/news/2017/03/03/breaking-colt-lays-off-custom-shop-director-causing-flurry-rumors/

February 2017– SilencerCo announces roughly 50% of their employees will be laid off. Link https://modernrifleman.net/2017/02/02/mass-layoffs-at-silencerco/

January 2017– Olympic Arms best known for their AR-15’s announces they are laying off all workers and going out of business. Link http://www.guns.com/2017/01/26/longtime-ar-maker-olympic-arms-going-out-of-business/

These are just the ones that have been announced so far this year and keep in mind the first quarter just ended. Traditionally in the firearms market there is a rather large lull in sales during the 1st and 2nd quarters of the year. In fact many industry insiders are projecting a 10-15% decline in processed BATFE Form 4473’s. That as we all should know is the form that the Bureau of Alcohol, Tobacco, Firearms & Explosives requires be filled out when purchasing a new firearm. The term that is being tossed around in many circles to describe this economic down turn is the “Trump Slump”

What Does the Future Hold ?

Well if you can figure that one out then you are most assuredly smarter than people on Wall Street or in the boardrooms of many firearms manufacturers. The bottom line is what many of us thought could happen did in fact happen. It was the norm for Colt Model 6920 AR-15’s to be selling for up to $1600 during the height of the gun frenzy that was happening for the last few years. That gun today can be found and purchased all day long for $1000 or less. Remember last year when if you could find an AR-15 or an AK-47 people were willing to pay almost anything for them. The interesting thing to us here at the web site is that this price gouging phenomena only seems to happen on rifles, in particular the AR-15 and AK-47 varieties.

I honestly think that this correction in the firearms industry will continue and we have not seen the last of layoffs and my gut feeling is that Olympic Arms will not be the first company to close it’s doors this year. The panic buying of the last eight years is finally over, and although we won at the ballot box, we now have to see what the landscape looks like now. The beneficiary of all of these dropping prices is us, the consumer. The people who are less fortunate are the effected employees, and those poor souls who maxed out their credit cards in the panic and now have AR-15’d they over paid for. So not only did they over pay, but they are most likely paying anywhere between 15-20 % interest on that over priced rifle.

In the post election landscape what we are seeing is that the normal M4 patterned AR-15 made by a reputable manufacturer should cost no more than $700. High capacity magazines for that rifle should run you no more than $9-13 a piece depending on what brand you choose. The AK-47 market faces a bit more uncertainty, largely because U.S. based makers can’t seem to make a decent trunion that wont crack and stock piles of Eastern European parts kits are drying up. The other large factor in this AK-47 dilemma is that some manufacturers can’t seem to work a head space gauge either, but that is for another articles. If you are in the market for an AK-47 expect to pay between $700-1100 for one easily, magazines should run you between $9-$15 for polymer and no more than $25 for Com-Bloc metal magazines. Russian Bakelite magazines like the one featured above will command a premium.

What do you think of the recent downturn in the firearms industry ? Are you now in the market for new firearms because of the huge drops in the prices in both guns and ammunition ? We are exploring the chance to bring our readers an article or series of articles on the best out of the box AR-15 for the money. We are still developing the list of criteria that we will use to judge it. We want to have YOU, our readers involved with this process. We are leaning towards a based M4 clone AR-15, but we want your input.

Drop us a line and let us know what you think, also be sure to “Like” and “Share” us on Facebook, we are working hard to build the 10,000 “Like” prize package that will be given away to a lucky reader.