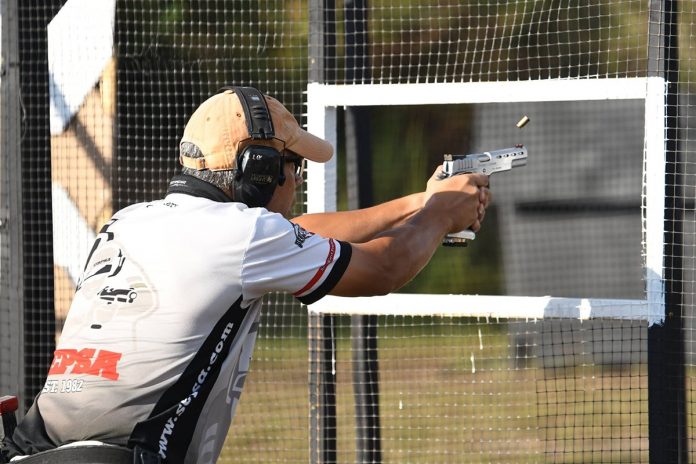 A USPSA competitor fires at a target downrange during a match. (Photo: USPSA via Facebook)

Two competitions reign supreme within the shooting world: USPSA and IDPA. While they share the common goal to promote practical shooting skills, slight changes in mission and scope make big differences for competitors.

The United States Practical Shooting Association is the larger of the two with more than 30,000 active members and some 450 affiliated clubs across the country. Governed by the International Practical Shooting Confederation, the USPSA is also the broader of the two as it divides competitions into divisions: handgun, rifle, shotgun, or multi-gun.

Within each area there are guidelines dictating the kinds of firearms to be used. For example, within the handgun division competitors can choose from Open, which allows shooters to trick out their guns with a wide range of pistol and sight modifications, or Production, which limits shooters to the use of stock handguns. Each sub-division caters to the unique qualities that the major divisions offer, even delivering a pistol caliber carbine subset for those running PCCs.

When it comes to scoring USPSA matches, scorekeepers use one of two methods: Comstock or Time Plus. The more traditional Comstock method, preferred by international organizations, adds up points that are determined by shot placement and then divides by time and accounts for a power factor to determine a participant’s score. Time Plus is a newer and some say simpler means as the score relies on a participant’s time and then deducts for misses and penalties.

The USPSA said the construction of its matches and focus on technical shooting produces thorough shooters. “For most people, practical shooting is pure sport conducted with little or no thought of the self-defense aspect of firearms use,” USPSA said in a statement. “However, USPSA members are generally the most proficient shooters in the world as witnessed by their domination in the world of firearms competition.” 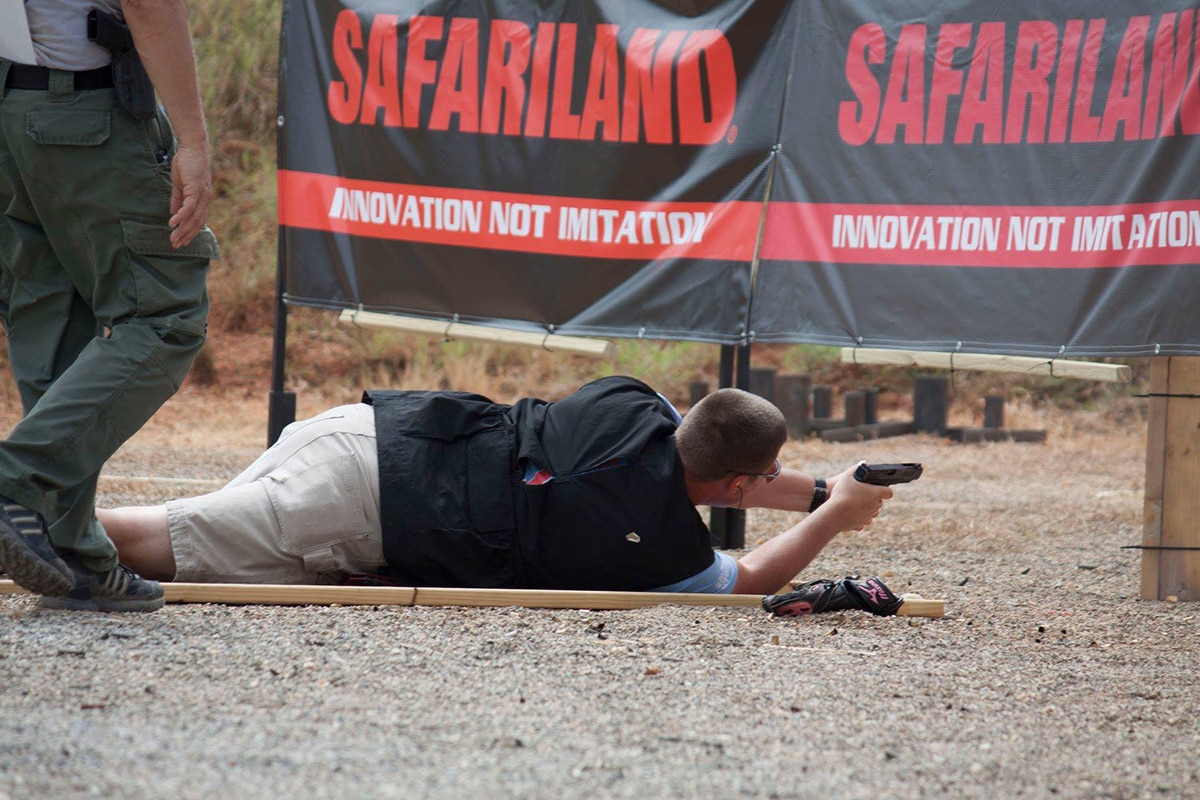 A competitor in a prone or prone-like shooting position. (Photo: IDPA via Facebook)

IDPA tightly controls sidearm alterations, thinking shooters should rely on skill as opposed to heavily modified race equipment. In addition, magazine capacity is limited to 10 rounds. Like USPSA, IDPA is divided into divisions that specify what a shooter can and can’t do within stages. Ranging from Stock Service Pistol to Custom Defensive Pistol and even Back-Up Gun Revolver, IDPA forces its participants to focus solely on handguns, revolvers or pistol caliber carbines.

Scoring at matches is determined by the overall time it takes a shooter to complete the string with time added for penalties. Penalties are added for poor marksmanship, improper use of cover, failure to follow directions or violation of IDPA rules.

IDPA uses two means of scoring, deferring to either unlimited or limited. Unlimited, previously referred to as Vicker’s Count, allows shooters to fire as many rounds as they wish to produce specified hits. Best hits on target count towards the score. Limited scoring, however, limits shooters to firing only the specific number of rounds specified for that string.

Currently representing more than 25,000 members, including those in 70 countries, the IDPA thinks that its approach to competition shooting better prepares its competitors for defensive situations outside the range.

“Prior to the formation of IDPA, there was no place to compete and hone ones skill with equipment designed for and suitable for self-defense,” the organization said in a statement. “If you’re interested in using truly practical pistols to solve challenging and exciting defensive shooting problems, then IDPA is the sport for you.”

Both USPSA and IDPA offer memberships to gun owners looking to explore the competitive shooting realm. For more information head to USPSA or IDPA to learn more.