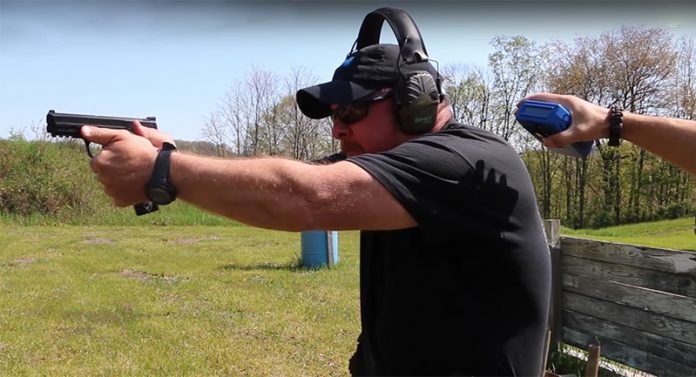 Rod Ryan, president and CEO of Storm Mountain, demonstrates the fastest way to reload a pistol. There are three main ways to manipulate a pistol during a reload. Each way works, but only one way is the fastest. Using a shot timer, Mr. Ryan proves which way that is.

Mr. Ryan spent more than 20 years combined, active and reserve, in the U.S. military as well as law enforcement. In 1996, he opened Storm Mountain near Keyser, West Virginia. It has grown into a world-renowned training facility for millitary, law enforcement, counter-terrorism personnel and civilians. It offers comprehensive firearms courses on a regular basis from a highly experienced staff. On-site lodging is available.

I recently took a firearms course there and learned more in three days than all year shooting and watching videos by myself. I asked Mr. Ryan if I could film a few of the exercises we practiced and he enthusiastically agreed.

This is the sixth of a series of helpful videos that will be featured on Guns.com in the coming weeks. Let us know what you think.

This video was provided by Wise Men Company.