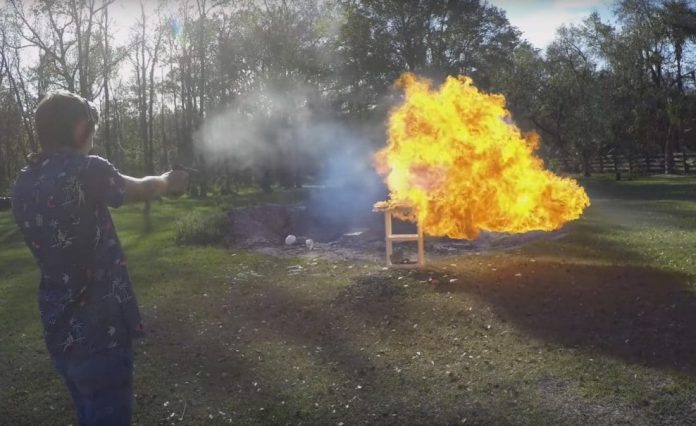 The wacky nerds over at The Back Yard Scientist made what they termed the worlds first liquid metal bullets made from sodium and potassium, then set out to use them.

Pulling factory loads apart and sweating out the lead, the BYS crew filled the empty metal jackets with random Group I metals. You know, those alkali metals that include: lithium, sodium, potassium, rubidium, cesium, and francium known to react “vigorously” with oxygen to form metal oxides and even float (and react violently) on water due to their low density.

Anyway, using a high speed Phantom camera to capture the magic as they (literally) smoke some watermelons, cans of starting fluid, and cinder blocks, the Hawaiian shirt clad shooter put in some serious with the curious rounds.