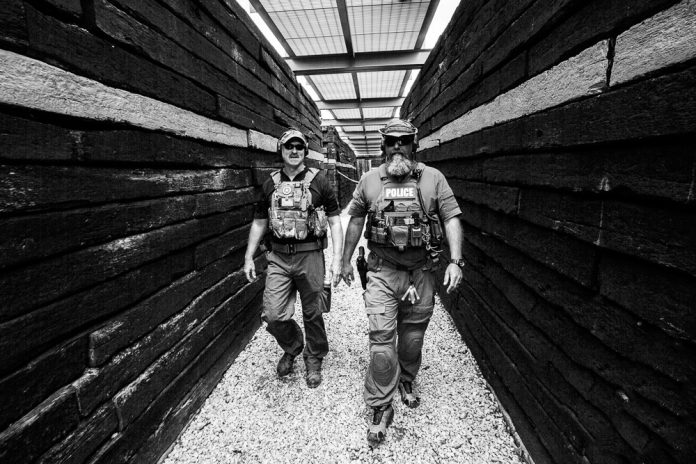 “The reason that anti-gunners hate us is because they don’t know us,” John “Doc” Spears said to me as I stood outside of the Alliance Police Shoothouse in Alliance, Ohio. I was waiting to do my fourth or fifth daytime training run through the house and we fell into a casual conversation about the current state of the gun community amidst rising calls for gun control.

“They don’t understand how seriously we take personal responsibility, liberty, and rights for everyone. We need to get them to know us. Okay, you guys are up. Have at it.”

And in the blink of an eye, the political conversation was over and we entered the house. That conversation though, is indicative of the type of thinking that is core to the entire EAG Tactical team. 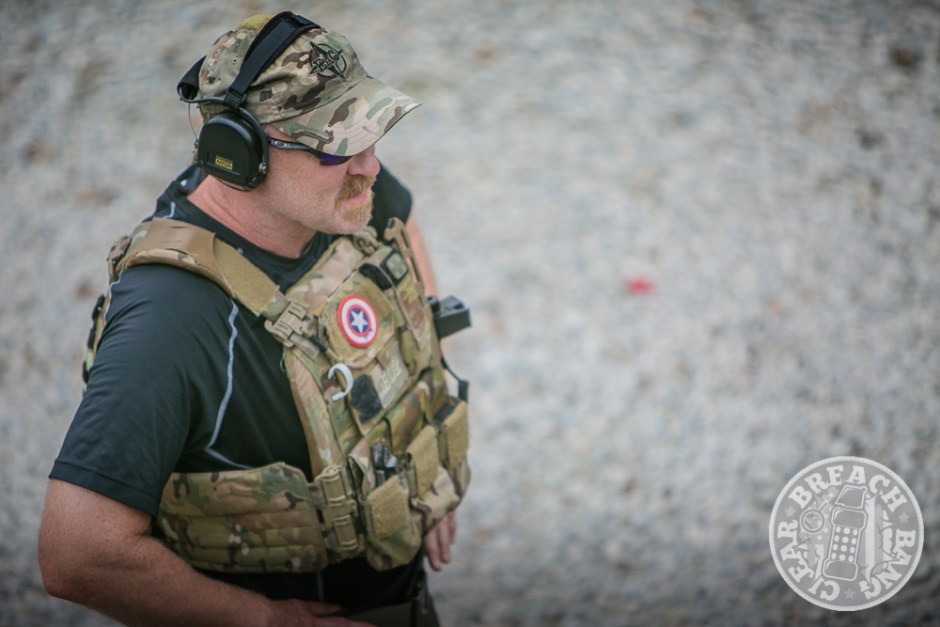 This partner-based pistol shoothouse class was the first hosted by EAG in the aftermath of founder Pat Rogers’ sudden passing in May 2016. 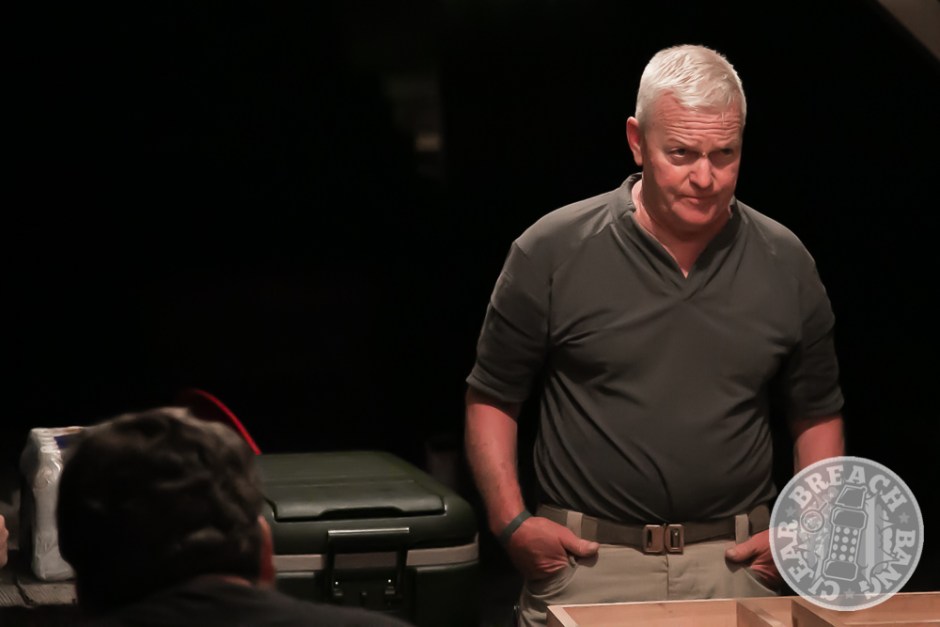 Understanding that this class could be either the last for EAG or the start of a new era in its history, Dave Fucking Merrill and I ventured to Ohio to see the students, talk to the instructors, and get a feel for what was to become of the training outfit. 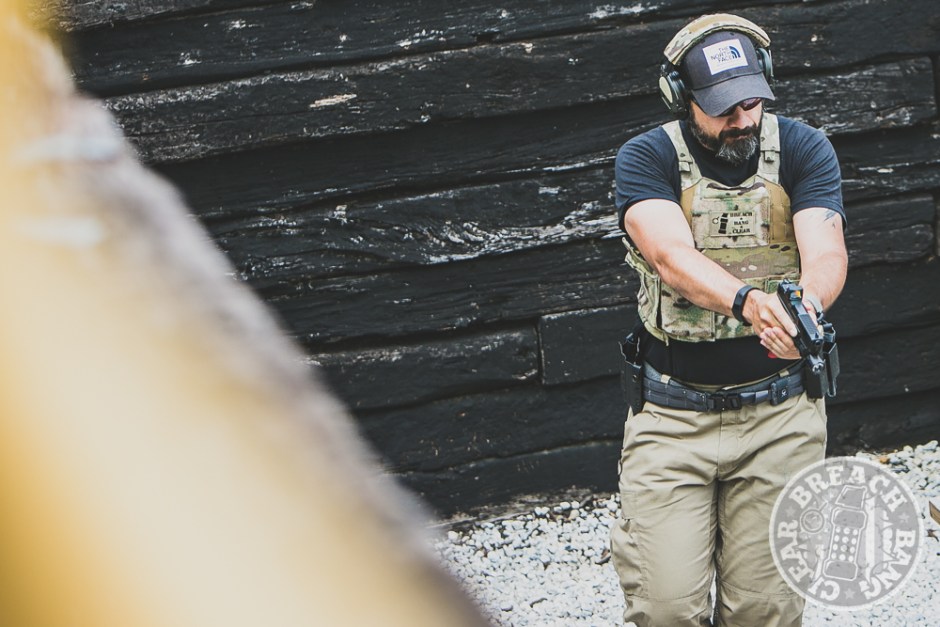 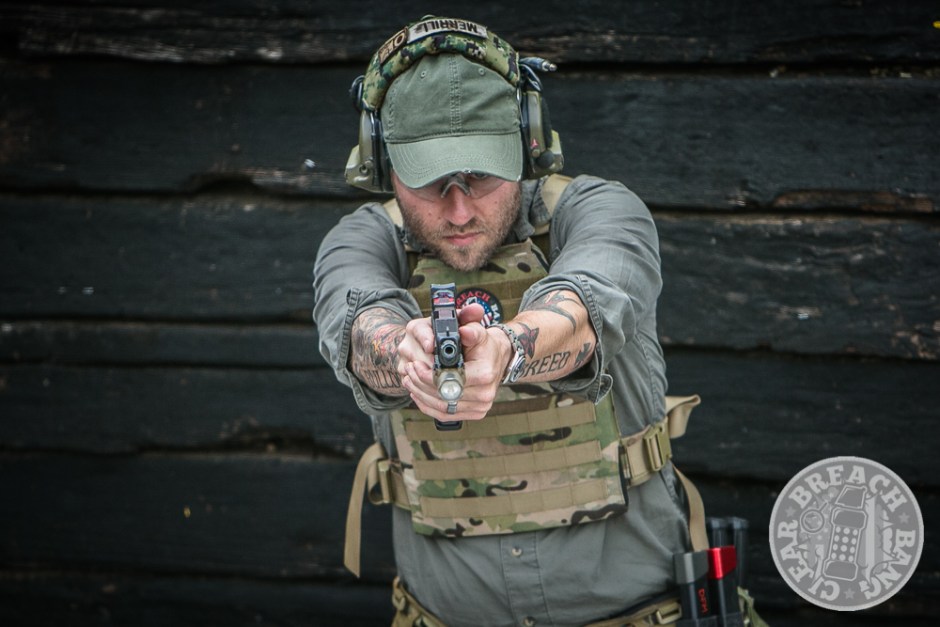 Taught by Spears and John “Chappy” Chapman, with assistant instructors Steve Fisher, Mike Sebastian, and Joe Weyer, this class seemed to be less about making run after run in the house (although there was plenty of that), and more a step toward emotional healing participants still reeling from Pat’s loss by doing something they all loved. The students had signed up to learn from Rogers himself and were now getting a slightly different product. For the instructors it was a way to maintain the teaching legacy of their mentor, training some of the most dedicated law enforcement, military, and civilian students in the country. Among the roster on hand were many previous students of EAG, myself included, as well as a handful of first timers. 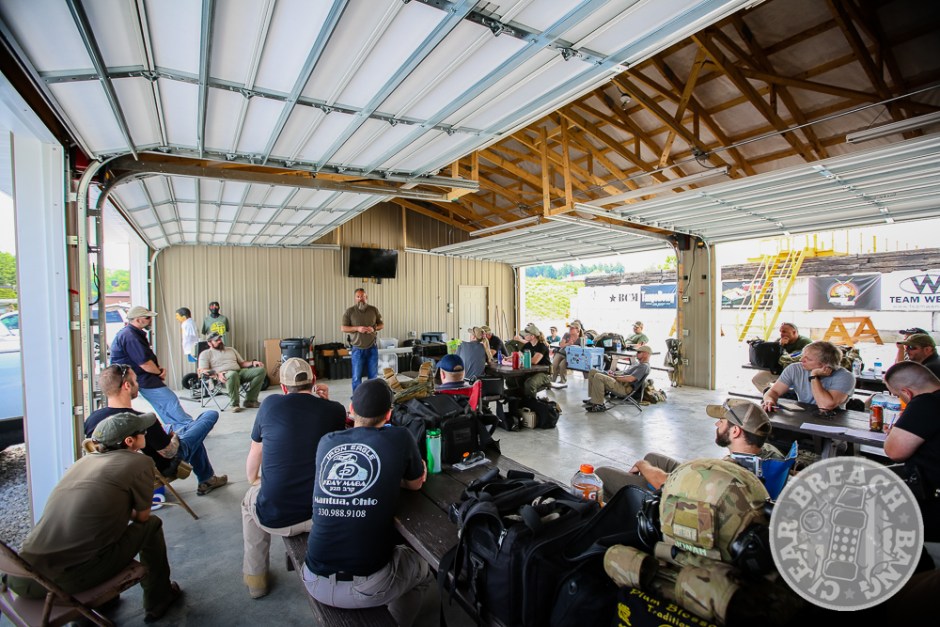 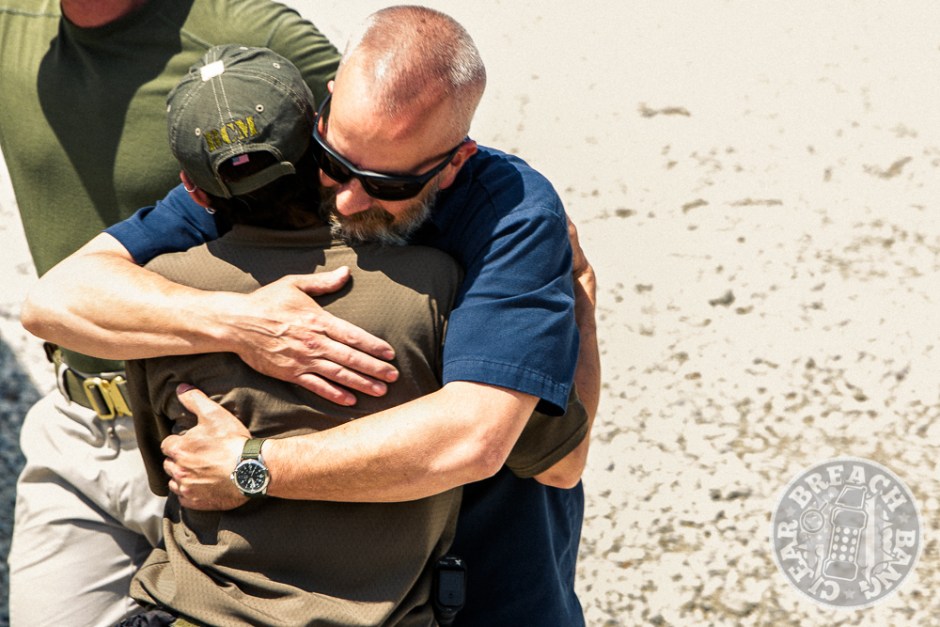 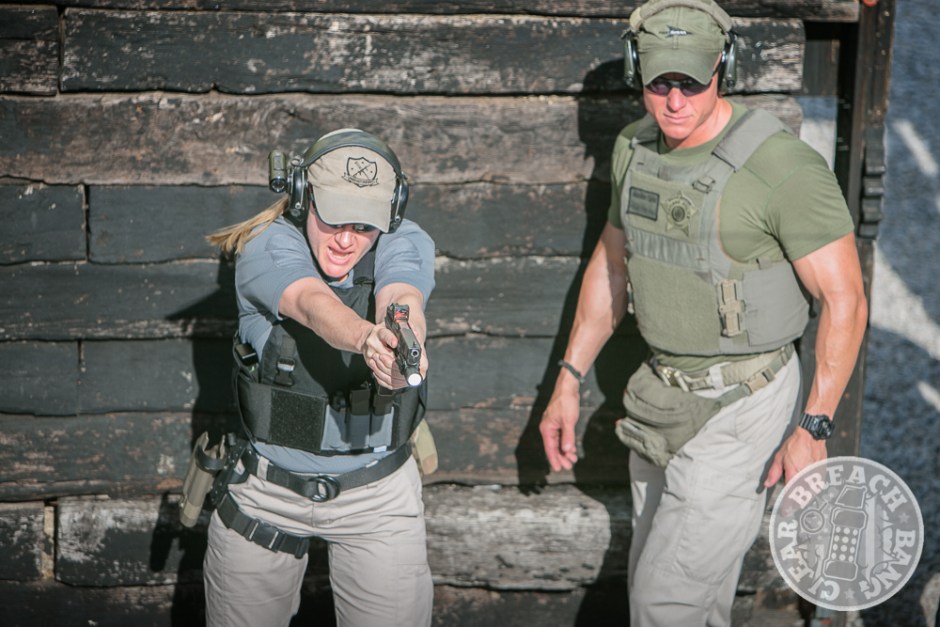 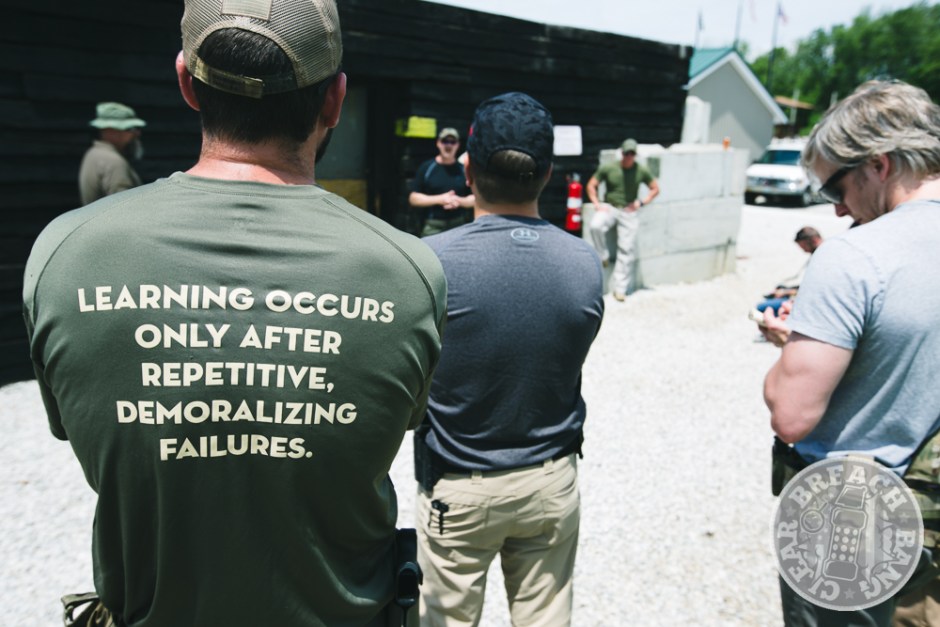 Rogers was a somewhat divisive figure in the training community, equally revered and discounted, but universally respected for his decades of service and contributions. Regardless of your personal opinion, he was loved like a father by many of today’s best trainers including Chapman and Spears, and hailed in community circles as one of the last true tell-it-like-it-is gunfighters. Anyone who spent more than thirty seconds around him got to hear one of his million often off-color stories.

EAG was widely known for being highly selective of their students and until Rogers got to know you personally, you could be sure he was asking about your reputation before you ever set foot in the class. That process could often confuse new students who just wanted to pay for a slot and get into an open enrollment class. All too often though, modern training companies just want butts in seats rather than vetted students with a clear background. EAG has always been focused on quality before quantity and has no problem denying an unqualified student. Perhaps that’s why they developed such rabid followers.

Speaking to Doc Spears about EAG, you ccould see that the raw emotion of losing his training partner was still fresh. “As much as Pat loved being here in the shoothouse, it was always more our thing,” (meaning Spears and Chapman) he said. “Pat loved to be on the range teaching the marksmanship and manipulation classes. That’s just where he loved to be. That’s what he wanted to do. We were working together on this long term transition plan. We just didn’t think it would have to come this soon.” 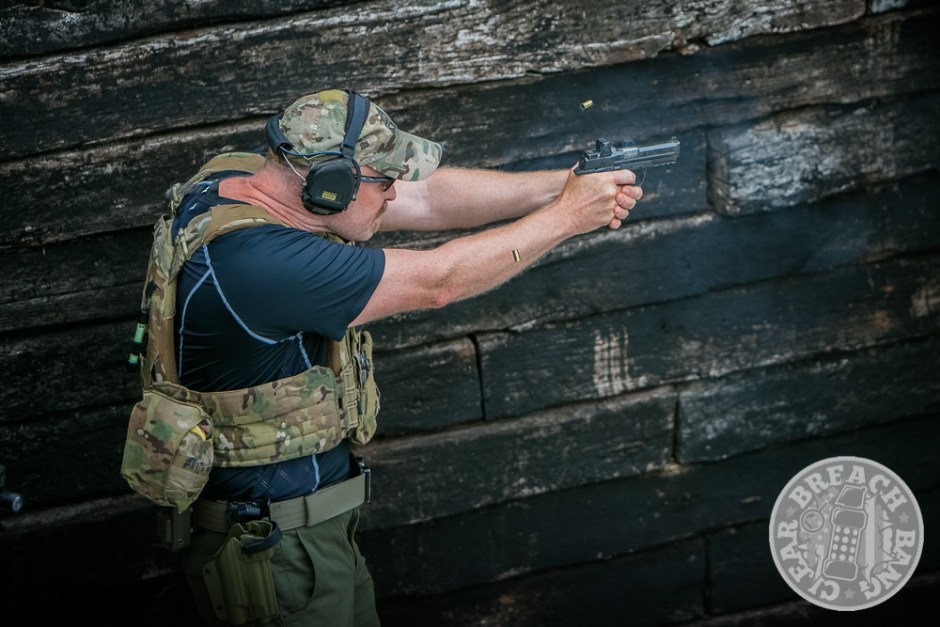 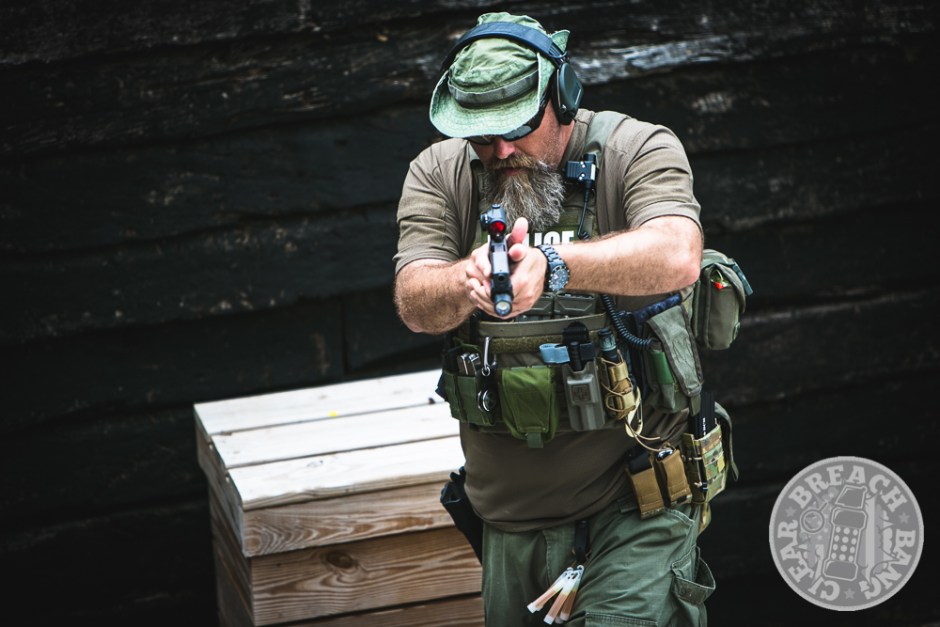 So what does the future hold for EAG?

You can expect that the higher level of training will continue, leveraging the experience of Spears and Chapman. “We’ll still maintain the shoothouse courses, the night vision stuff, the team based workshops, that kind of thing,” Spears continued. “But there are great trainers out there like Steve [Fisher] and others who are doing the marksmanship angle really well. We’ll probably just keep pointing students that way for that material. It’s all being figured out.” 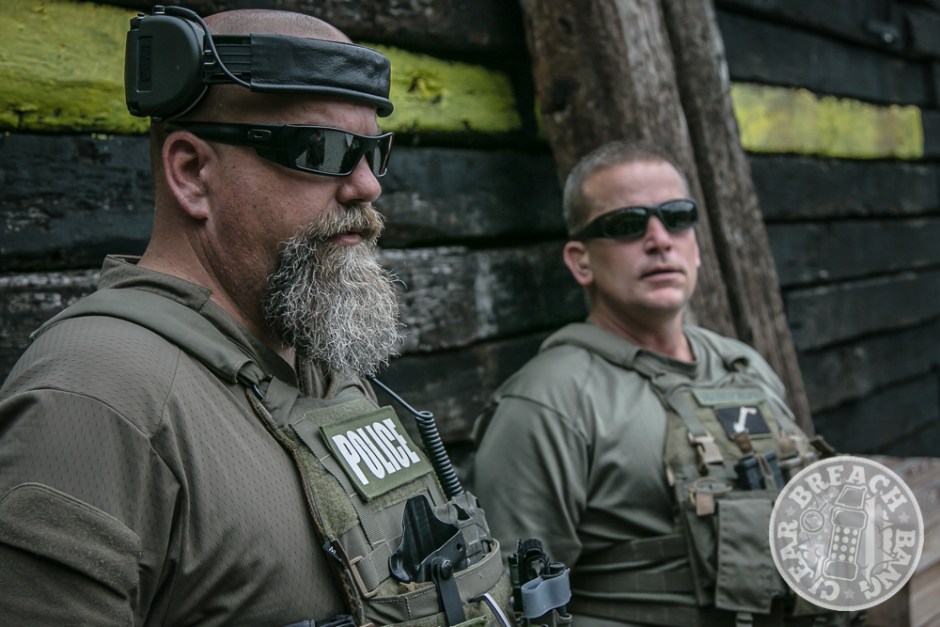 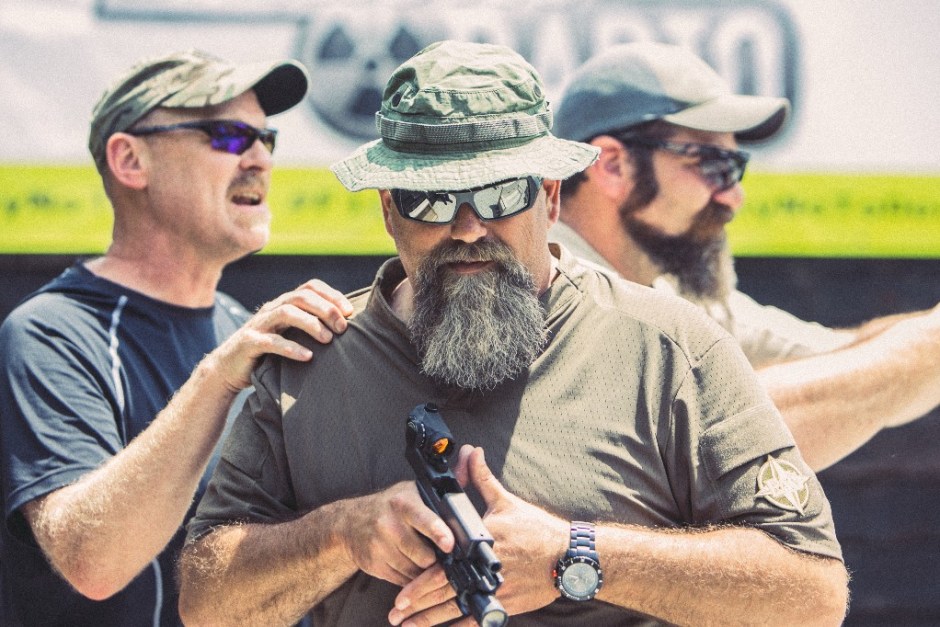 Over the past several months there have been many memorial services and remembrances of Pat Rogers, clearly displaying his impact on the training community. With gatherings at favorite watering holes in the Virginia area, to the electronic assemblies of Google Hangout, it’s clear that the training realm has endured a significant loss. 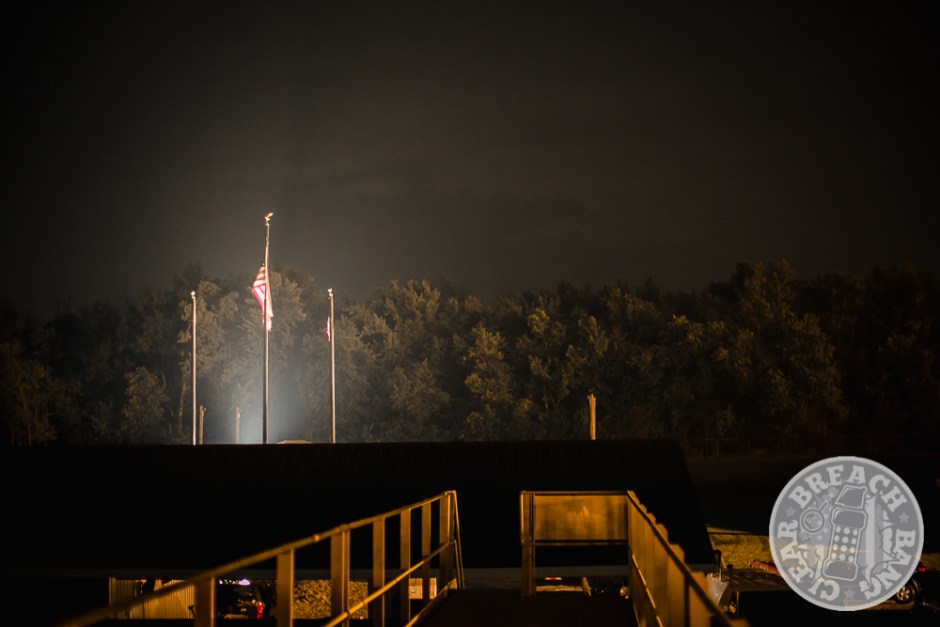 Looking forward to the end of August, there is a dedication ceremony of sorts happening at the Alliance Police Training facility (referred to by Rogers as “the Hawaii of the midwest”) that will bring together instructors and students from all over the country for a weekend of multidiscipline classes on multiple ranges. Knowing many of the students who will attend, we’re pretty sure Alliance will be one of the safest places on the planet for those 48 hours. 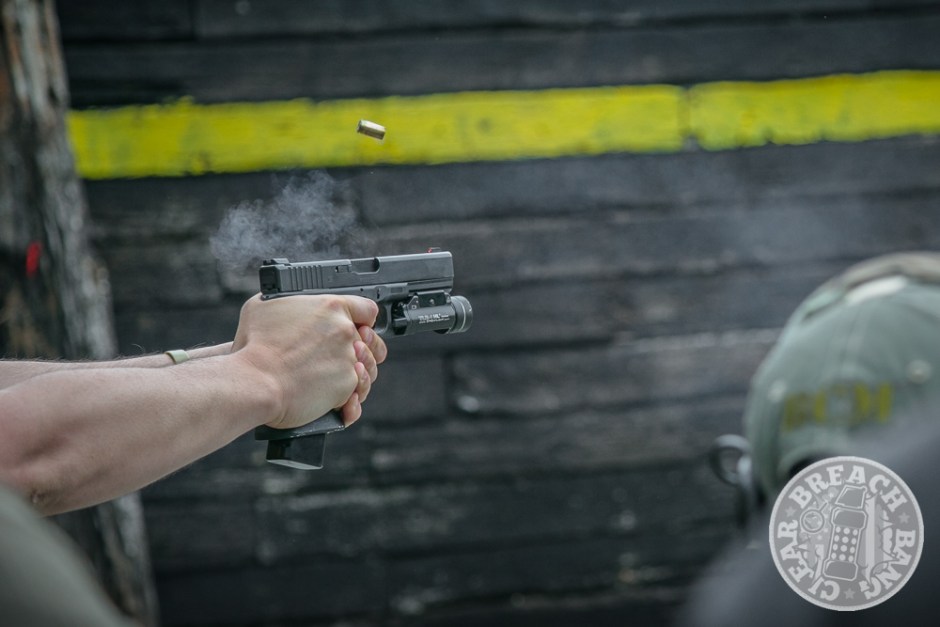 EAG Tactical is currently rebuilding its web presence to account for the recent changes, so stay tuned in the coming months for more information related to class offerings.

With Spears and Chapman at the helm of EAG you can rest assured that quality training will continue, albeit with a few less exclamations of “Yes, Pat!”, fewer Moosecock patches, and a severe lack of dirty jokes. In the end, however, this country will have more well trained, responsibly minded gunfighters and patriots quietly walking amongst us all. That is a solid legacy for which we can all strive.