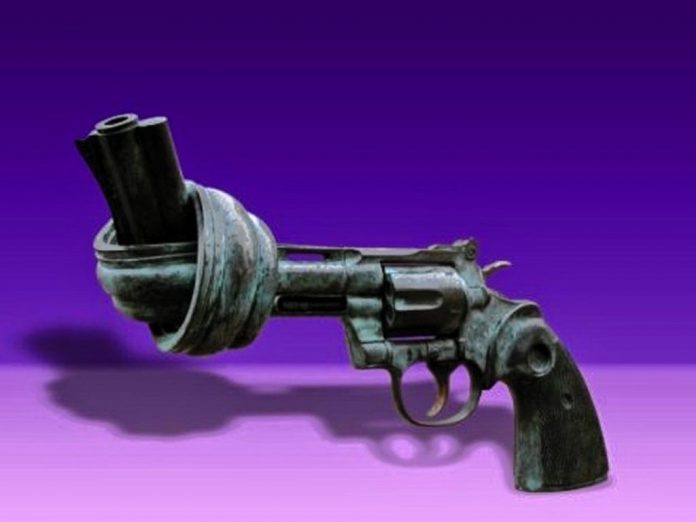 When I was in high school we spoke simply of “gun control”. Congress passed “An Act to amend title 18, United States Code, to provide for better control of the interstate traffic in firearms”, more simply called the “Gun Control Act of 1968”.  Somewhere along the debate, the rhetoric changed. The phrase “common sense” was added to qualify gun control.  No longer would we speak of gun control for the sake of control; advocates modified their stance to argue solely for those measures which they could characterize as “common sense”.

Very well, I’m all for common sense.  But many of us advocates for responsible gun ownership remain uncertain how this modifying phrase “common sense” changed the substance of the debate.  Perhaps we would be better able to progress toward our common goal if we could understand what advocates mean when they speak of “common sense” gun control laws.  To this end, I respectfully offer the thesis:

In U.S. constitutional law the lowest standard for review is referred to as the “rational basis test”.  If the law is “rationally related” to a “legitimate” government interest, whether real or hypothetical, it passes this standard.  SCOTUS found that the District of Columbia’s law, banning from the home the most preferred firearm, would fail constitutional muster under any standard of scrutiny.  Would advocates of common sense gun control concede that that DC law failed the “common sense” standard?

The DC v Heller opinion was a mere 5 to 4 holding.  So, let’s consider another.  Ms. Jamie Caetano, a homeless single mother, was convicted of defying Massachusetts absolute ban on stun guns.  SCOTUS, in a unanimous opinion, reversed her conviction.  Would advocates of common sense gun control concede that the MA law failed the “common sense” standard?

For example, suppose that the standard is that SCOTUS must explicitly rule on a specific set of facts under a specific law.  Under that criteria, we can say that only absolute bans on stun guns or handguns inside the home fail the “common sense” test.  Would it then follow that every law will pass the “common sense” standard unless and until SCOTUS rules otherwise?  Complicating liberal theology, this would imply there are ordinarily no “penumbras and emanations” in US Constitutional law.

How would that rationale apply to the countless unenumerated rights generally acknowledged by Americans?

There is “no right to yell ‘Fire!’ in a crowded theater”, we have heard.  There is no SCOTUS ruling upholding the right of citizens to attend the theater unmuzzled   There is no right to undermine Congress’ authority to conscript men for military service through intemperate advocacy of draft-card burning.  So, could a municipality require theater-goers to wear muzzles? May Congress pass a law forbidding carrying of matches or lighters in public places?   Obviously, no.

Yet speech is one thing. Keeping and bearing of arms is quite another by its legal treatment.   Why is the right to arms evaluated so differently from other enumerated rights speech, press, religion, assembly, quartering, searches, seizures, warrants and so forth.  All enumerated rights—save those for arms—must meet intermediate or strict scrutiny.  Arms alone are subject to the special “common sense” test.

It might be that exploring the phrase “common sense gun control” could establish some common understanding, however miniscule, that some rights to arms must be respected even by gun control advocates.  We might learn what we all mean as “common sense” while becoming clearer on what we would continue to regard as nonsense.

I strongly suspect that there is no such thing as “common sense gun control” as distinct from gun control for the sake of control itself.

Since we talked SMGs, let’s do Assault Rifles too

5 Must Have EDC Items