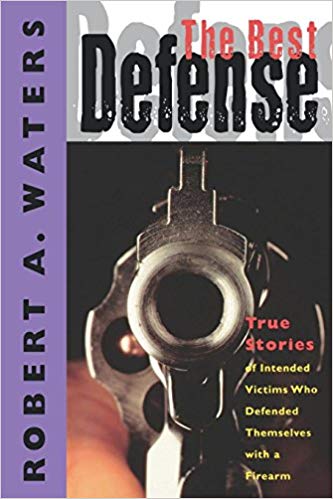 Sitting in a place of honor on my bookshelf is a copy of The Best Defense, written by Robert Waters in 1998.  This classic describes fourteen cases where ordinary citizens used guns to save their lives from violent attackers.  I’ve kept it around as a reminder to stay vigilant and to occasionally loan to friends who don’t think guns are ever used for self-defense.

Waters’ new book is Guns and Self-Defense, which he co-wrote with his son Sim Waters, who has a degree in criminology.  This time, he chronicles twenty three dramatic tales of armed self-defense. 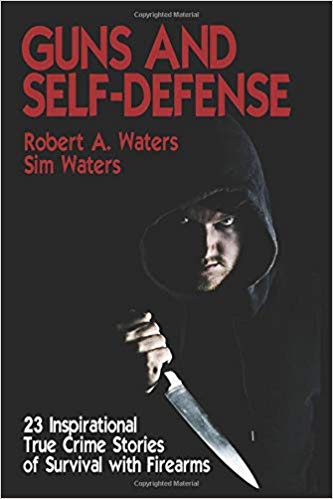 Like the now nearly extinct crime reporters of the newspaper era, he combines information from police reports and court records with victim interviews to tell the entire story in an engaging short form.  He always lists the types of guns involved, how many shots were fired, how many scored hits and even where misses ended up.

Unlike the mainstream media I often ridicule, Waters is not a prisoner of the 24 hour news cycle. The information he collects, sometimes several years after the fact, has had plenty of time to crystallize into an accurate record that includes trial results, prison terms and the lasting effects on victims.

Waters does not have to add the drama, the stories are so intense that he can stick to a matter-of-fact style and you will still find yourself obsessively flipping the pages.

Only one of these twenty three incidents made it to the national media, it was one of two in the book that involved armed citizens coming to the aid of police officers who were being beaten to death by a crazed criminal.

Looking at the other twenty one stories, it’s easy to see patterns that might be of use to the average citizen contemplating self-defense or to those involved in the gun control debate.

Anyone who is interested in keeping a gun for protection would do well to read this book while keeping some things in mind.

The commonly accepted theory is that most criminals will flee at the sight of a gun, but Waters understandably selected only incidents in which victims actually shot their attackers and lived through the experience.  While this doesn’t give a statistically accurate picture, it serves as an excellent reminder that you had better be mentally prepared in advance to shoot to save yourself and your loved ones.  Just displaying a gun is not always enough.

Another thought is that criminals who actually need to be shot are likely the most unhinged and violent examples of the species and will probably need to be shot more than once.  Some of the most dangerous hunt in packs.  Owning a gun with a large magazine seems like a common sense choice and owning more than one if you can afford it is probably a good idea.

It almost goes without saying that you should make a household emergency plan, practice with your firearm(s) and seek training as possible. 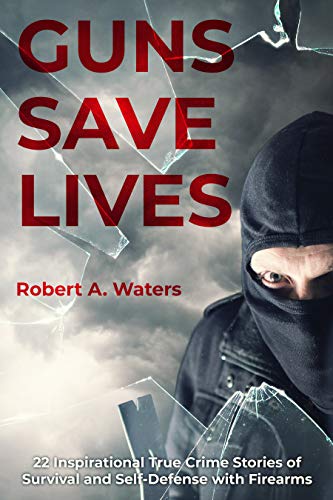 After reading Guns and Self-Defense, the wise reader will likely wonder why compelling and inspiring stories like this so rarely make it into the national news stream.  I believe they are suppressed because they belie the standard media narrative that ordinary people have no need for defensive firearms.  Why else would such riveting, life-and-death dramas be ignored?  Almost any of them could be easily turned into a profitable made-for-TV movie or at least a 60 Minutes segment if our media were not so biased and agenda-driven.

After reading this book, I discovered another in this series published just a few months earlier titled: Guns Save Lives that includes 22 events.  If you follow defensive gun use news on the internet, you know there is an inexhaustible supply of such stories.

—Dr. Michael S. Brown is a pragmatic Libertarian environmentalist who has been studying the gun debate for three decades and considers it a fascinating way to learn about human nature and politics.