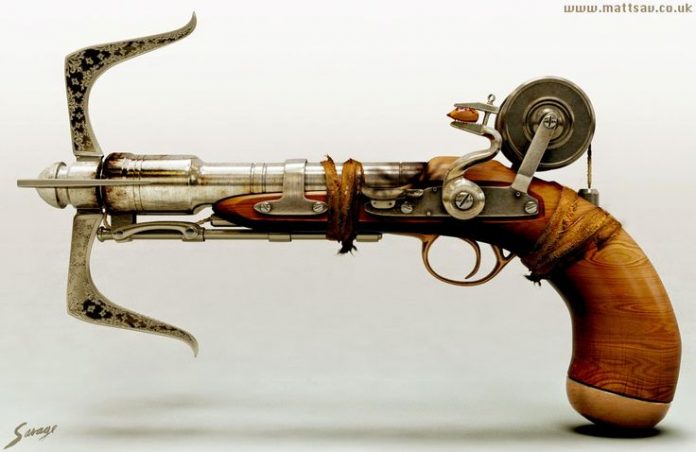 Nelson Lund of George Mason Law, in his forthcoming Northwestern Law Review article, offers a provocative view of the gun control debate in “The Future of the Second Amendment in a Time of Lawless Violence”.

One relatively minor point struck me as especially important:

“. . . [V]ery few actual regulations effectively eliminate the right of individual Americans to keep or bear arms for the purpose of self-defense. Instead, gun control laws almost always restrict who may keep or bear arms, or what the kinds of arms civilians may have, or where they may take their weapons, or how they may lose their rights. . . When he was on the D.C. Circuit, Judge Brett Kavanaugh wrote a dissenting opinion in which he extended an historical analysis to much less drastic regulations, including bans on certain semi-automatic rifles and on large-capacity ammunition magazines. The historical record is far too sparse to provide meaningful guidance about the constitutionality of most modern regulations.” [emphases supplied]

It has long struck me as odd that the debate over the Second Amendment has mostly ignored the right to bear arms for self defense, specifically in case of confrontation.  Mostly, it strives to narrow the “who” and “where” aspects.  The historical record of controlling the “who” is a sorry recounting of race-based bans on native Americans and blacks.  The NY Sullivan Act was justified on the grounds of barring foreigners (Italians, Jews, Eastern Europeans and others deemed undesirable) from carrying guns.

So why is there such an obsession with suitcase nuclear bombs being carried in Times Square?  Scary looking “assault weapons”?  “Large capacity” magazines?  Let alone Michael Bloomberg’s statement: “You just do not want the average citizen carrying a gun in a crowded place.”  The debate has become completely diverted from its historical roots of “who” and “where” to “what”.  What gives?

Let’s focus just on the “who” and “where” facets of the right to arms, avoiding the “what kinds of arms” and “how they may lose their rights” issues.

An immigrant woman, one Melanija Knavs, moved to New York City in 1996 to pursue a career she began in Milan and Paris.  She became a permanent resident in 2001, thereupon joining the class “the People” whose “right to keep and bear arms shall not be infringed.”  Let’s imagine that she might have applied at One Police Plaza for a permit to keep and carry a double-barreled flint-lock black powder pistol in NYC.   Ignoring the question of whether the Sullivan Act is constitutional, would she have been granted such a permit?  Possibly, to keep in her humble apartment, but certainly not to carry it on 5th Avenue.  Why not?

As a Green Card holder, she became eligible in the Spring of 2001 to exercise the right of the people to keep and bear arms.   That September, the streets of NYC were devastated by the World Trade Center attack.  Until then, few people in America comprehended the risk of attack from a heretofore unknown quarter. That made our modern circumstances not terribly different from the American frontier in 1792 when the right to arms was ratified by the founding generation.

In our hypothetical study of Ms. Knavs, we are avoiding the “what kind of arms” issue.  A black powder, muzzle-loading, flint lock handgun was a commonplace weapon for self defense in the era of ratification of the Second Amendment.  It’s successor today would be a pistol or revolver.  But Ms. Knavs would not have been granted a permit to carry a flintlock in NYC for self-defense any more than one of its modern descendants.

Our question is simply one of “who” and “where”.  Who? A Green Card holder.  Where? The streets of a dangerous city.  On what grounds should she be denied the right to bear arms on her journey between home and work in NYC?  Today, in at least 16 states, she would need no permit at all.  In an additional two dozen states, she would cheerfully be granted a permit upon application.  What makes this “where”, NYC, so special?   Are there other such “special places” in America?

As fate would have it, Ms. Knavs later took up temporary residence in our nation’s capital, Washington, D.C.   It is now a ”Shall-issue” jurisdiction for keeping handguns in the home and carrying them on the streets.  Nevertheless, had Ms. Knavs applied to keep her flintlock pistol in her home she would have been denied; alas for Ms. Knavs, she lives in public housing.   Nevertheless, she could certainly could have been issued a permit to carry it if she had applied as a D.C. non-resident from her now legal domicile in Florida! Why should she be able to hold a permit to carry on the streets of D.C., but not to keep a gun in her District residence?

Of course, having moved her legal residence to Florida, Ms. Knavs is no longer eligible for any permit in NYC, even though she maintains a second residence there.  By simply changing her domicile (e.g., by re-registering to vote in NYC) she would today certainly be issued a permit to keep a firearm at home. With her connections now, she might get the normally unobtainable NYC carry permit.  Why today, when not in 2001?   NYC law on issuing permits has not changed in these past 19 years.

Which of Ms Knavs’ other Constitutional rights have been so inconsistently respected as her right to keep and bear her flintlock?   After becoming a U.S. citizen in 2006, she became eligible to vote in her precinct of domicile.  Did her rights to speak, worship, or to refuse to quarter troops in her home change?  To be free from unreasonable search and seizure?  Trial by jury with benefit of council?   Her meriting the means of individual self-defense has not changed, for better or for worse, 2001.

Ms. Knavs has come to no harm from the complications of living in jurisdictions that arbitrarily deny her Second Amendment rights. And she is extremely well-protected now. But such complexities resulted in a trying ordeal for Ms. Jamie Caetano.

A homeless, battered single mother, Ms. Caetano was arrested, prosecuted and convicted for arming herself with a non-lethal stun gun, which she successfully used to ward off a public attack by her ex-.  The Supreme Judicial Court of Massachusetts upheld her conviction, adding insult to injury by taunting that she would have avoided adjudication by legally carrying a firearm instead.  (That court didn’t identify which Massachusetts municipality would have approved an application for a carry permit from a homeless woman.)

Ms. Caetano’s right to keep and bear the stun gun for self-defense was finally upheld only by the U.S. Supreme Court. The opinion was unanimous, joined by the late Justice Ruth Bader Ginsberg, a champion of women’s rights.

In the current political torrent of accusations of inequity, discrimination and privilege, how can the Second Amendment be so easily ignored when it is so arbitrarily and unequally applied?