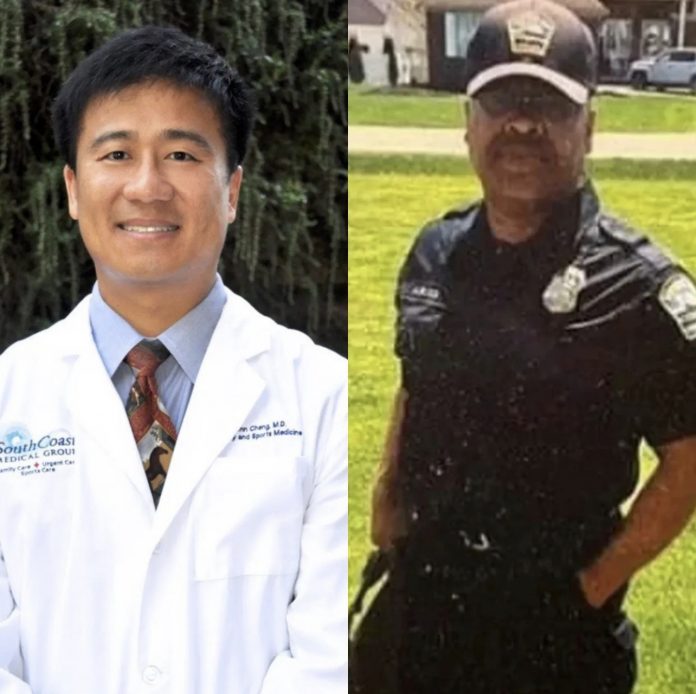 Dr. John Cheng and retired officer Aaron Salter Jr. are the type of people we desperately need in this world. We can never have enough folks willing and able to act decisively, those who will risk their lives and in some instances lose them to stop an unfolding tragedy, accident, or act of evil.

Dr. Cheng was killed in California stopping a massacre in his church and Aaron Salter Jr. was killed in a gunfight with the Buffalo shooter. Salter drew on the killer opened fired, disrupting even for a short time the unopposed attack. The killer was armored though, and returned fire. He killed Aaron Salter Jr. We do not know what those precious seconds saved as far as lives in that market, but I bet they were substantial given the motivation of the killer. Even if we could prove Salter’s intervention actually didn’t get anyone out of the line of fire, and I do not for a moment believe it didn’t save people, his willingness to disrupt the attack, his willingness to try without a guarantee of success, and his willingness to be injured and die taking that chance shows heroic character traits.

In a moment of absolute immediate life ending crisis he acted to stop that tide of death and lost his life too, but he made the attempt knowing the risks. I absolutely believe he saved lives, seconds of disruption against the shooter saved lives.

Dr. Cheng wasn’t armed but threw himself into the attacker of his church in Laguna Woods. He was shot and mortally wounded but his disruption of the attacker saved everyone else. The attack there appears to be a Chinese on Taiwanese hate crime. The attack in New York was a white on black hate crime, a radicalized angry kid who believed a particular brand of the bullshit that justified his anger to him.

Evil exists. Heroes stand in its way regardless of outcome.