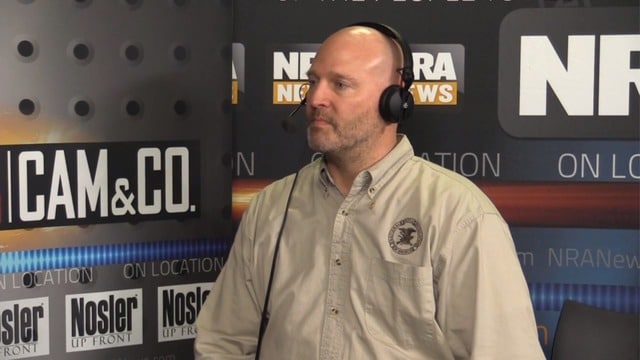 There’s a multitude of reasons. For example, Sean travels on his own dime to advocate for the 2nd amendment. That’s right, he puts his life on hold, hops on a plane or in a car and travels to places that face issues. He knocks on doors, he shakes hands, he talks to people face to face. That is huge and unheard of. (Our good friend Tim Knight does the same!)

He’s responsible for some great pro-gun legislation in OH from his work with the Buckeye Firearms Association. He has solutions and acts on them.

We’ve had the opportunity to sit with Sean many times and talk about the factors that affect the 2nd amendment and all of us gun owners. We always walk away inspired. Let’s get him re-elected! Vote for Sean Maloney.

Pro-tip: You don’t have to vote for a bunch of people. I suggest, just voting for Sean Maloney.

To My Fellow Patriots and 2nd Amendment Advocates:

I was born and raised in Corry, a small town in Northwestern Pennsylvania, at the base of the Allegheny Mountains. I moved to Ohio in 1987 to attend law school at Ohio Northern University. While living in Ohio, my wife Debbie and I developed such good friendships, along with such a deep sense of community that we never returned home to Corry. We eventually settled in Liberty Township, a rural farm community at the time, much like Corry, to raise our family.

For as long as I can remember, I have been involved with firearms and firearms rights. For example these past 12 months I traveled to Colorado and presented myself as a volunteer to help recall two anti-gun Colorado State Senators. These two Senators were responsible for stripping fundamental gun rights from Colorado Residents, and all who visit or pass through Colorado.

I am nobody special. I just couldn’t sit back and watch fellow Americans lose their fundamental gun rights. We were successful and sent two Colorado State Senators packing, including the Senate President John Morse. Later our recall victory forced another anti-gun senator to resign.

A few months later, I traveled to Virginia volunteer my time with the NRA to join in the NRA-ILA election fight for Governor. Although we were not successful in the gubernatorial campaign, we did secure the seats necessary to control the Legislature. I have always campaigned on behalf of, and supported those candidates for political office who share our same Second Amendment values.

As an Attorney, for many years I have volunteered my time representing clients’ who are in need of assistance protecting their firearms rights. As a 2nd Amendment advocate, I have written countless letters to the editor. As an NRA Life Member, I have worked to spread my 2nd Amendment beliefs to anyone who would listen. As an NRA Election Volunteer Coordinator, I have helped organize and have worked for countless NRA Endorsed Candidates. And as a father, I have done my duty to raise the next generation of 2nd Amendment advocates.

Now, it’s time to further dedicate myself, to my fellow NRA Members, by serving on the Board of Directors. If successful, in part, I seek to share lessons learned from my years of Second Amendment advocacy with others, so that each American benefits and shares equally in the protections secured by the 2nd Amendment.

For many years I had been involved in partisan politics, fighting for good government. Then as my dedication to the NRA intensified, I came to the understanding that our 2nd Amendment rights cannot be fought and protected along party lines. Accordingly, I left partisan politics and dedicated myself to volunteering on behalf of the NRA.

If you place your confidence in me by voting for me in February or early March 2015, I promise hard work and continued dedication to you, as well as, the over 5 million members of the NRA.

Yours in freedom,
Sean Maloney