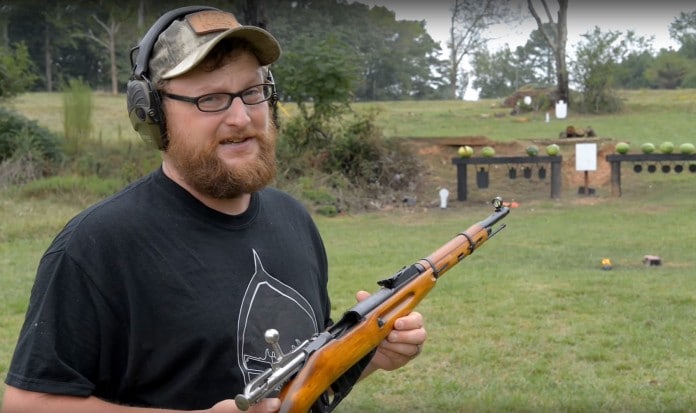 IV8888 gets some fireballs out of the rarely seen Cold War-era M91/59, a shortened carbine version of the Soviet Mosin-Nagant rifle.

The Mosin was the standard Russo-Soviet and, after two World Wars, Warsaw Pact infantry rifle that was only grudgingly replaced after 1945 by the SKS and AK series guns.

With over 37 million made from 1891 onward, they ran the spectrum from the giant early models with 30-inch barrels such as the one we brought you with Hickok45 earlier in the week to the chopped-down 1950s era “KGB” Mosin–easily recognizable over the M44 due to the lack of side-folding bayonet– that Eric is tooling around with under the hot Georgia sun in the video above.

No matter the story behind them, they are pretty neat little brush guns in a serious caliber.