The headline quote is from a piece in the Daily Bulletin, Titled: Congress must enact common sense gun control… Penned by Norma Torres, a congressional representative of California’s 35th district.

When we are discussing items like firearms and in instances of such select occurrence as a mass casualty attack we must speak of prevention in terms of absolute prevention, or at least near absolute. To do anything else or to target this problem in any other way and term it prevention is inaccurate and disingenuous.

So why are we allowing this language, why are we speaking in this manner instead of the more accurate vocabulary which would speak of reduction, response, intervention, and most importantly probability of success.

I know why. I know this is an appeal to your largely firearm and risk ignorant voter base. I know this is crafted in a language that is comforting and makes people who do not know better feel safer. I know that feelings matter. But promising that which you cannot and that you know you cannot deliver is voter pandering at its lowest.

How, Ms. Torres? How would those two acts immediately address the problems you outlined of incomplete criminal records or agencies not talking with each other? How would this prevent those without disqualifying records of planning an attack as happened in Las Vegas or Norfolk? How would this cure poor recordkeeping overnight and prevent errors like the United States Air Force made from allowing a sale?

“I’m a co-sponsor of the Ghost Guns are Guns Act, which – if passed – would require assembly kits to be considered firearms so we can start tracking them and ensure they don’t fall into dangerous hands.”

Ensure? You, through this act… the ‘Ghost Guns are Guns Act’ are going to ensure (make certain of, guarantee, verify) that such firearms don’t fall into dangerous hands? How so? What methodology do you have to assure us that you can ensure our safety? If we just pass one more rule, this is it this is the one! This rule will make it so people of ill intent cannot harm us with Ghost Guns?

Your solution, I assume, is to force any piece that can be assembled into a firearm receiver and is sold with that intent to be serialized and have to pass NICS. Which will only prevent criminal misuse of a weapon if this was the only method that person was willing to use. Are you willing, Ms. Torres, to stake your professional reputation on this? Your position? Your safety? Because you are most assuredly asking your constituency to place their safety under the assurance of your legislation.

“And I am the author of the Multiple Firearm Sales Reporting Modernization Act. It would require gun dealers to file a report anytime a customer buys more than one rifle within five days. This is a commonsense step that would help law enforcement crack down on gun trafficking. We already require it for handguns, so why wouldn’t we require it for assault-style weapons, too?”

This might be the most valid of your proposals yet. But please, Ms. Torres, provide me some evidence base from the ATF, FBI, or other law enforcement body which shows me a chain of information and where this is being used to substantial effect on handguns. What is the breakdown of trafficking stopped, suspected trafficking disrupted, and estimates on the disruption to the illegal trafficking in rifles? What percentage of multiple sales reports are just personally identifiable information on law-abiding citizens and do not generate an arrest at all?

It’s a cost/benefit analysis, Ms. Torres. The cost in giving up a greater portion of a natural right, constitutionally enshrined. The cost in manpower and working hours spent chasing information that doesn’t stop an attack. What does this list of additional rules do and at what cost?

Because what I see, Ms. Torres, is another list of unfulfillable political promises, either through naive altruism or wilful deceit.

If I ask why a road needs a speed limit and the answer comes back, “The speed limit is designed to, along with properly maintained vehicles and drivers adjusting for weather conditions, allow safe and efficient transit of the road its paths, turns, and reaction to sudden changes A, B, and C…” then I am getting the answer needed to the question, and the restriction on speed can be considered in proper well educated context.

Where is the plan, Ms. Torres?

“Two of my constituents died four years ago in San Bernardino. At a bare minimum, we owe it to them to pass the common-sense laws that would prevent the same events from playing out, over and over. It sickens me to think that so much time has passed, and so little change has occurred.”

I don’t think those words mean what you think they mean, Representative. And therein lies the problem in ‘having a conversation’ about common sense gun control. 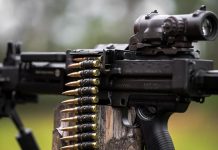