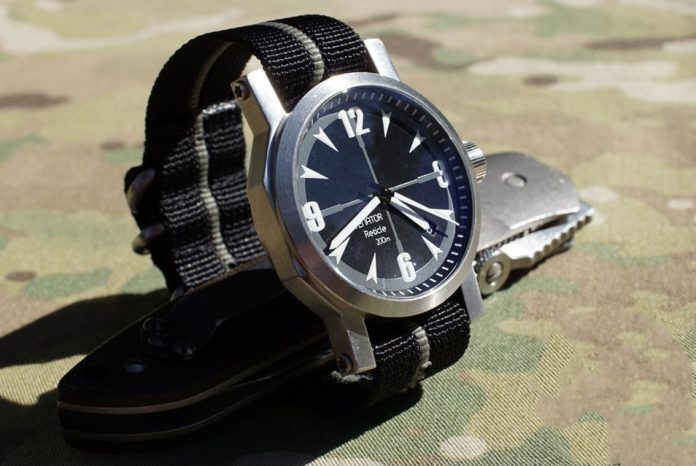 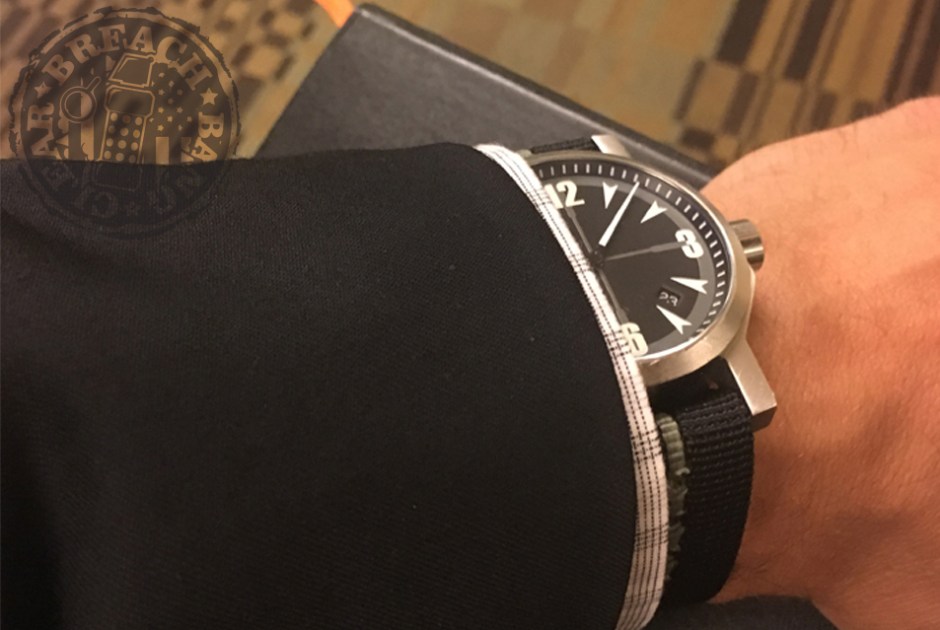 Quick disclosure: I have a prototype, so few minor things are yet to change. Thus, don’t be a whiny bitch and complain about minute details.

To kick it off, a quick but very concise introduction from the boss of Venator company, Jay:

“I founded this company because I felt the need to design and engineer a job specific tool (if you will) for the demanding person. Pretty much Military and LE guys. And guys like me who break every fucking thing they own… I wanted to make something affordable as well considering your average Joe ain’t dropping over $1k for a time telling tool. Typically, they’ll just buy a G-Shock and be done with it. I wanted to create something that was basically the G-Shock of the analog world, something not too bulky, metal components, etc. Something that looked hot as shit, but at the same time is ready for you to beat it like a red headed step child… I wanted this piece to be one’s go-to time piece. One package, no bullshit. I don’t like to bullshit people” – and indeed Venator did not bullshit anybody with this design. For instance, the very watch you see here came to me from the wrist of a SEAL officer in the sandbox, where he was providing his “field testing” services – in order to flush out any last minute design “bugs”. 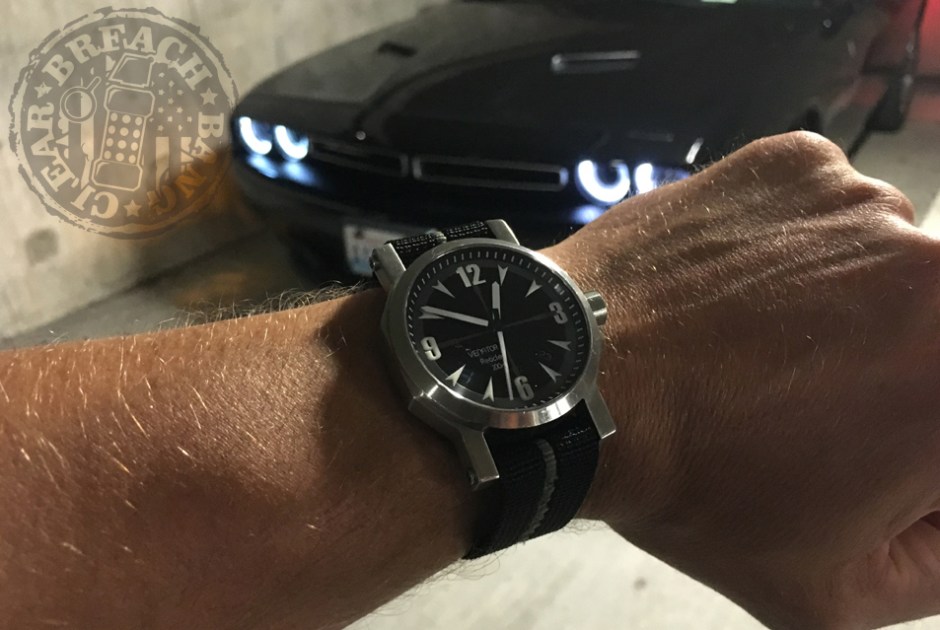 Speaking of bullshiting people; I wont lie, first time I noticed a picture of this watch in Recoil, my initial thought was, ”well, here is another tacticool widget watch”. I was really fucking wrong. As Jay mentioned before, this watch is something really different – it is indeed a very cool looking watch, but more importantly, it’s a very well designed tool. I can’t say that I had an opportunity to really field test this particular example, but it survived a few months in Afghanistan on a NSWC operator’s wrist, which is a pretty good testament to the design philosophy. 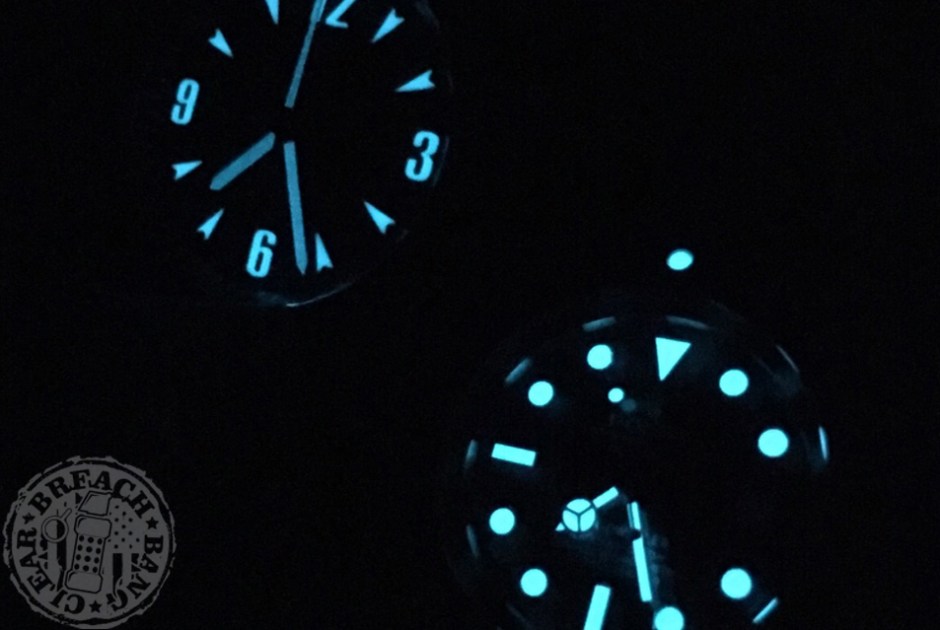 There are a lot of bad ass ‘Tactical Watches’ out there, so I have competition. I’m not doing something totally new. Here’s the deal though: a lot of makers just decide they want to make watches. They have minimal experience, break in to Microsoft paint and photoshop and start doodling. Then they leave the actual technical specs to the component manufacturers to figure out the cluster fuck they’ve created – in other words, if they pulled that nonsense in Russia comrade Putin would send those fuckturds on a nice Siberian vacation (Uranium mines of Zheleznogorsk perhaps?). 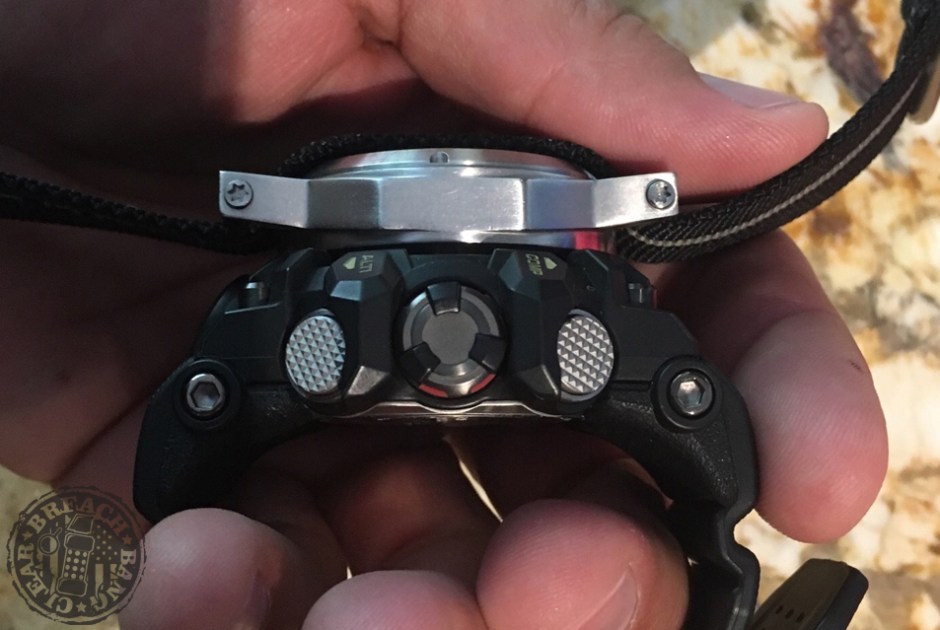 As a professional desk driver, I wore the Venator for about a week, with the only exciting thing being a quick two-day trip to Seattle (if you never been, four factoids: 1) Awesome place – weather, scenery, etc; 2) Coffee is fucking good; 3) Hippies, hippies everywhere; 4) largest stockpile of nuclear weapons in US, potentially entire world, just over 2000 warheads). I took the watch for a swim, I did a couple of crossfit workouts, I let my two-year old daughter play with it. So, some really high-speed shit. 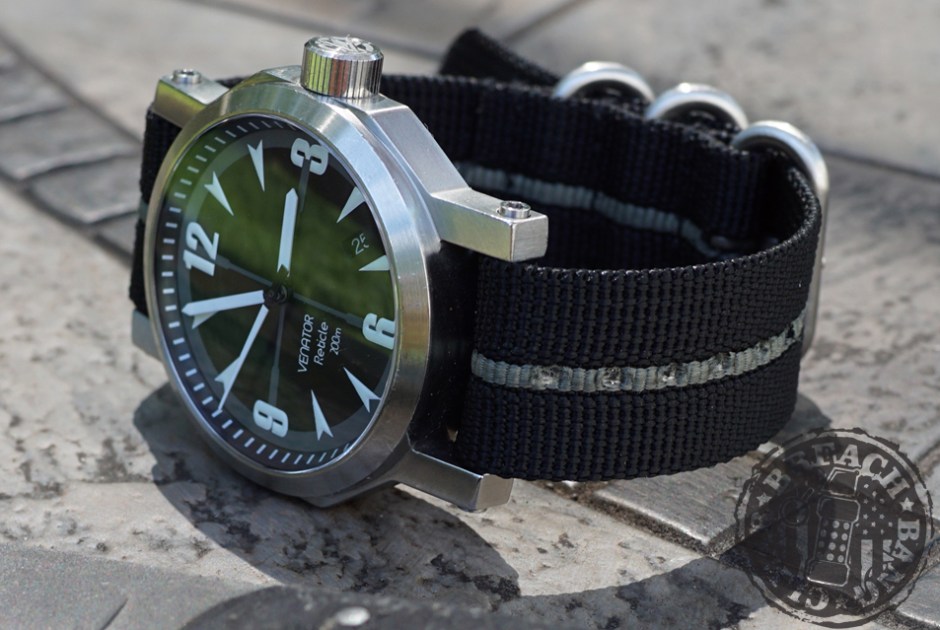 Here are the details:

Don’t let the specs fool you – this is a big watch. When Venator designed it, they were thinking of the bearded man from the Game of Thrones with unnaturally large forearms (or maybe wearing this watch over a wetsuit?). Based on the feedback from the the initial user group, the lugs on the production version will curve down to your wrist by an additional seven degrees, thus making it a bit more fitting for the normal-sized folks. Jokes aside, this is a comfortable watch. It’s heavy and solid – which it should be, considering it is carved from a solid piece of stainless steel. 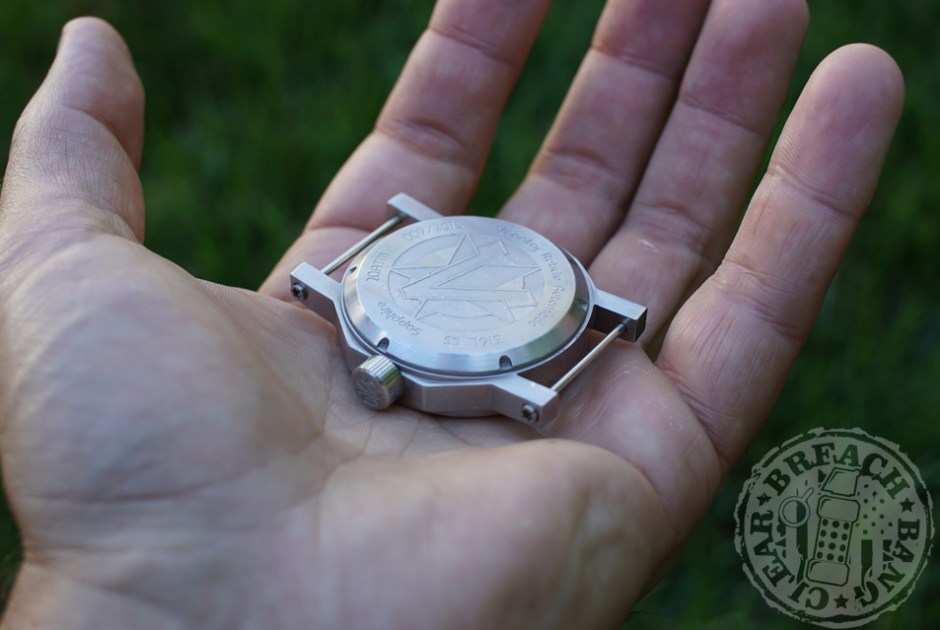 Take a look at the attached design drawing for the anal-level details. 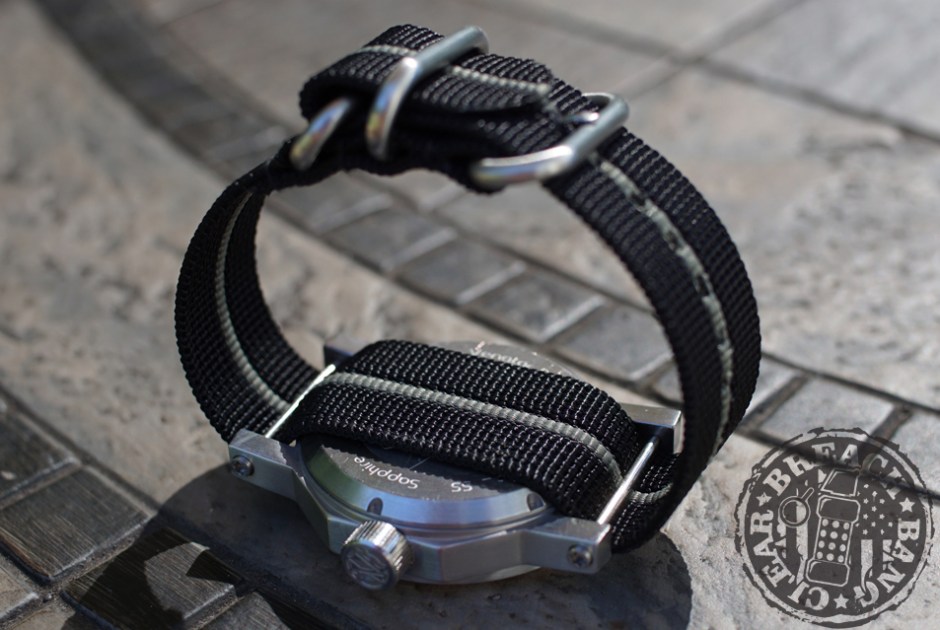 Any 22mm strap will work fine. You can dress it up or down – the entire character of the watch changes with the strap. Very dressy on leather, and very technical on a Nato. Speaking of Natos: black with a grey center stripe is the tits – the stripe is exactly the same color as the reticle hairs on the dial, thus making the entire kit look really fucking awesome – small design touch that makes a huge impact to the overall look of the watch (yes, that strap is included). 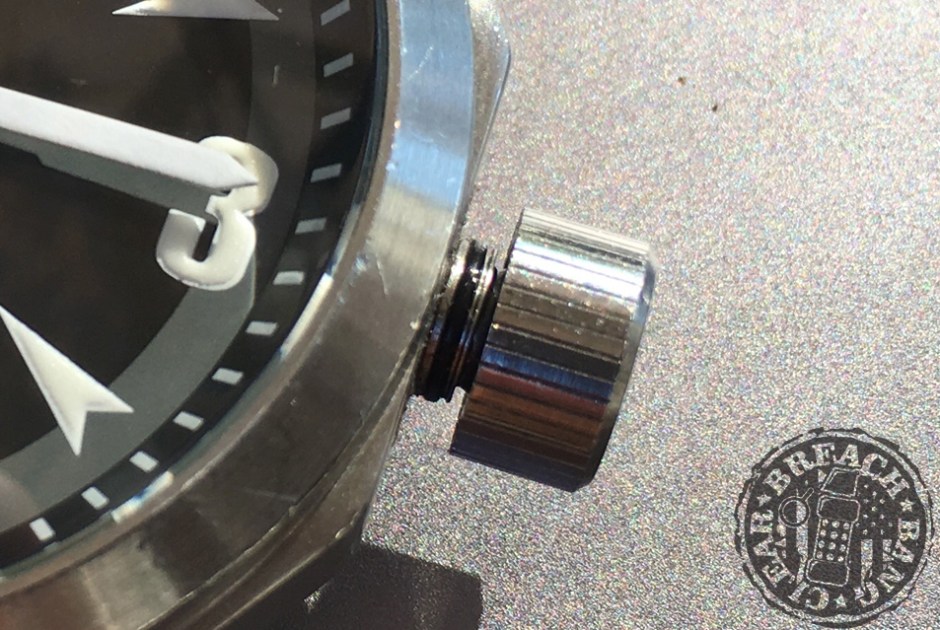 My particular example has been around the world (literally) and beat to hell. Still ticking at a very respectable rate – it is losing between three and five seconds per day. Production versions will be regulated to run within COSC specs (thats -4 to +6 seconds per day)

This is where I made an ass out of myself. At first I thought the lume was crap, and proceeded to knee-jerk that assessment to Jay via a text message – where he calmly urged me to take the watch inside and compare it to my Seadweller in a dark room. Reference the pictures of the said experiment. BGW9 lume used in the Venator is the same lume used by Rolex – same blue hue – and it is just as bright. It retains enough glow to be easily readable throughout a night.

The no-bullshit minimalistic approach to the dial layout and colors works out great. Very legible, with great contrast. 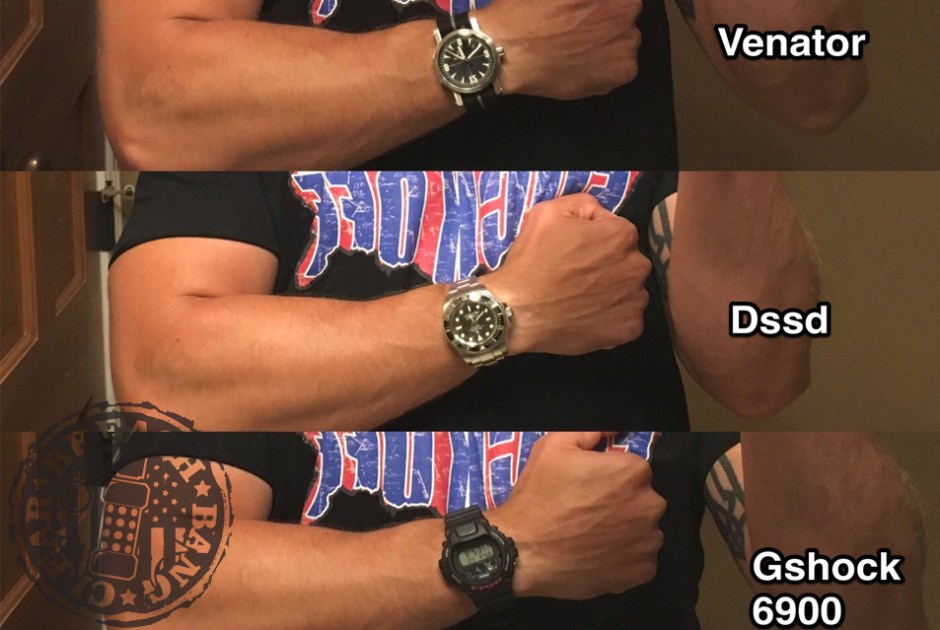 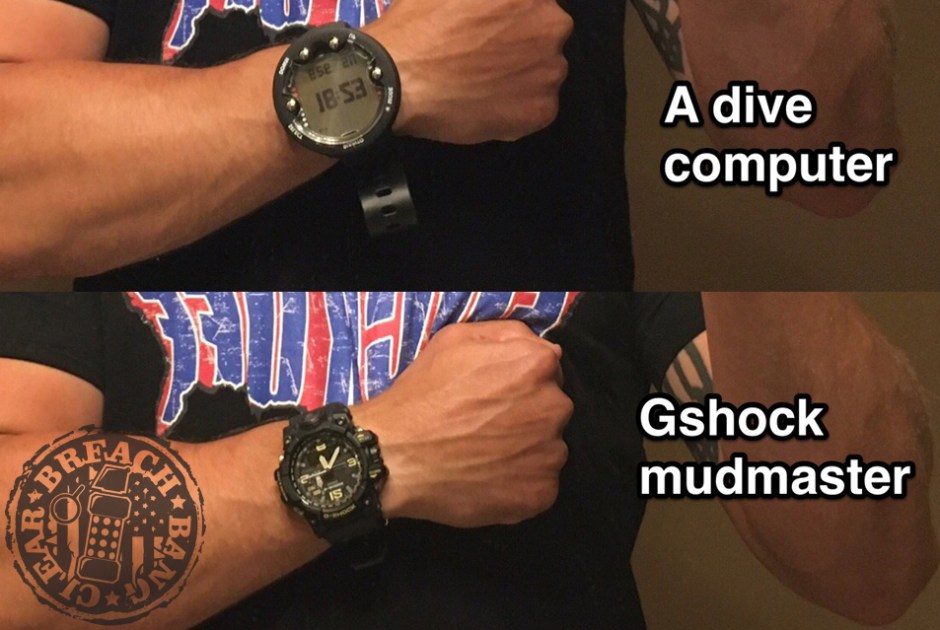 Semi-official warranty statement from Venator: “When I buy something I will pay the premium every time to know my shit is covered for life. Myself and many other people will seek product out for this reason. It’s important to me that an owner of a company stands behind what they sell and is willing to lose their shirt over it.”

With that said, Venator watches come with what is probably the best warranty in the watch world – it’s for life, and it’s transferrable. Like they said, no BS.

So there you have it, folks. An automatic “G-shock”. It looks great, it’s accurate, and most importantly it’s bulletproof. Here are a couple of testimonials from the real heroes that had a chance to use this watch: 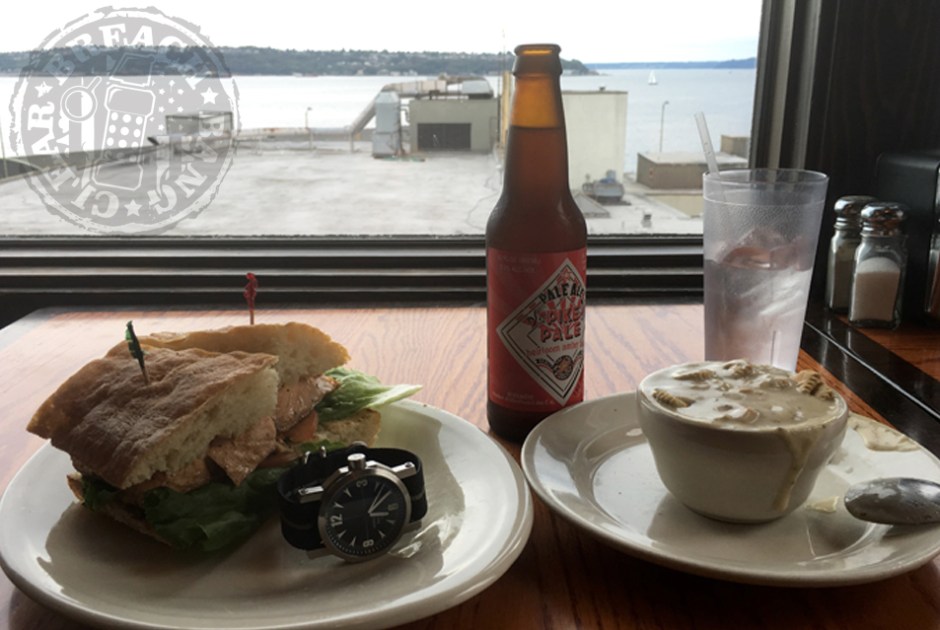 LEO : “As a Police Officer working graveyard shift I usually wear a ‘rugged’ watch to work, you know the type, and I’ve found almost all of them to come up short in one way or another. It’s gotten to the point that when I get a radio call that I think might turn ugly I’ve taken to removing my watch and hanging it on the spotlight handle so I still have one at the end of shift. I did not do this with the Reticle. I pulled no punches, it took everything I threw at it and asked for more. Everything from wading through disgusting standing water dealing with combative subjects on concrete and gravel and my usual clumsiness banging it into every thing I walked past. If you’re looking for a watch that can take a beating and keep going look no further. The Reticle is everything you’ve been looking for in a duty watch.” 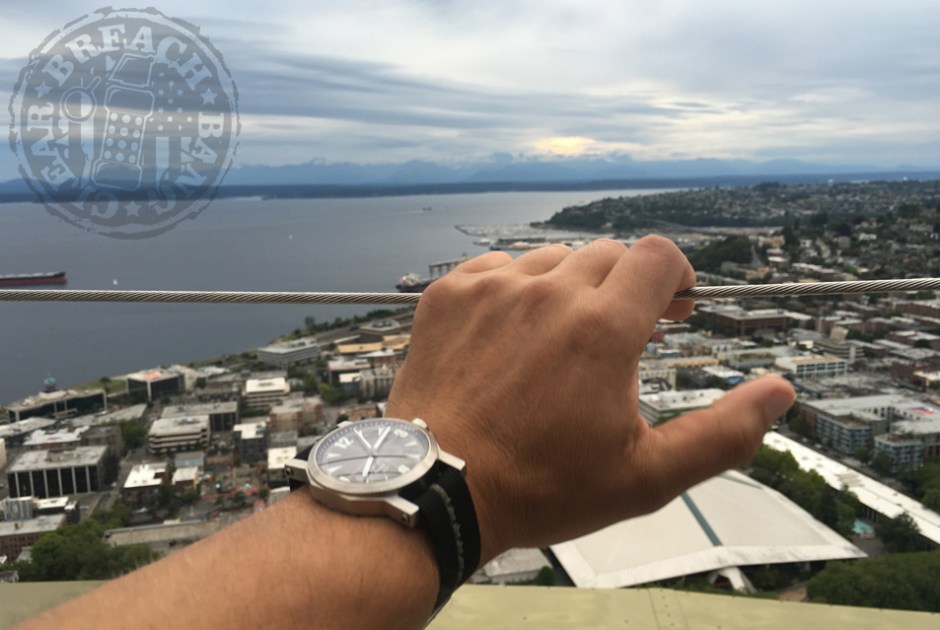 US Navy SEAL: ”I normally wear a G-shock, and was given one of the Venator watches to test out while on deployment. I was skeptical at first as it is pretty common for me to destroy my watch while deployed. That’s why I tend to buy a G-shock and be done with it, they’re cheap. I’ve worn this on my wrist for months rarely taking it off. It has been through all kinds of ‘messes’, slammed, scratched, dropped, and everything else I’ve thrown at it, so I can definitely say it has been used. I wore it for a three-month period before I had to send it back. Yes, it was beaten up as expected, however it was on point as far as accuracy as it was upon arrival. I thought this was quite impressive considering the fact that I really took this watch for quite a few roller coaster rides. The lume is amazing. It did the job on night operations no problem. The watch felt great on my wrist and I never worried about breaking a spring bar as they are threaded reinforced bars which I liked a lot. Nothing worse than snagging a watch on something and ripping a spring bar out. The dial is exceptionally easy to glance at and know what time it is which I very much enjoyed. This watch is a beast. I’m not impressed by many things, however I can say that this was built the way a watch should be built.” 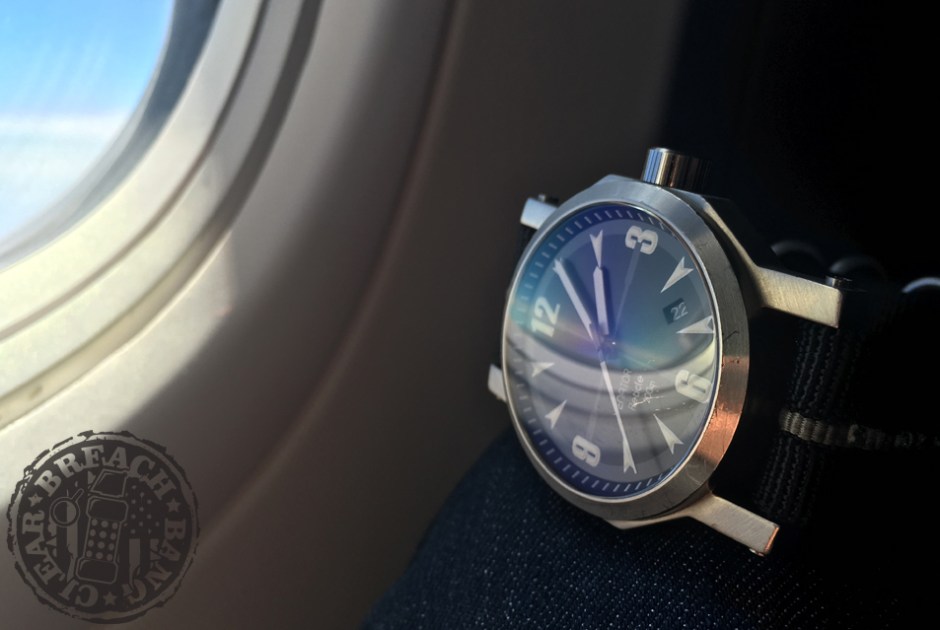