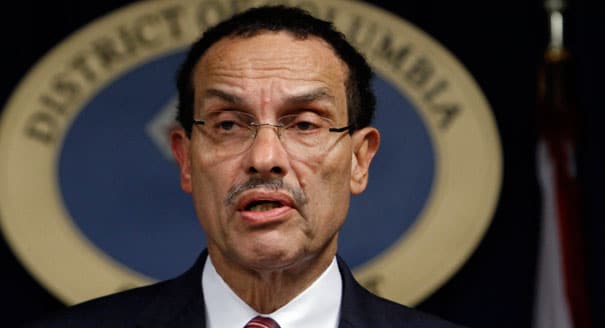 Reading this over it looks to me like if passed like this it will result in more law suits. The amount of limitations listed create a almost useless permit that would be very expensive and difficult to obtain.

In an effort to comply with a federal court order that struck down the District of Columbia’s ban on handguns outside of the home, the city is pushing a draconian may-issue gun law as a solution.

Among the highlights of the proposed bill, based on the strict concealed carry laws of New Jersey, New York and Maryland, Washington D.C. residents will have to show “good reason” to the chief of police’s office to be considered for a permit. In addition to this so-called “may-issue” practice, there will also be large scale exclusions from carry in government and public areas, prohibitions against open carry and, perhaps unique to the District, a potential ban on carry during public events.

“As we did in 2008 after the Heller v. DC decision, the District is again taking steps to amend our laws and regulations to ensure they comport with the Constitution while protecting the safety of our residents, workers, visitors and law-enforcement personnel,” said Democratic Mayor Vincent D. Gray during a press conference Wednesday afternoon.

“In a process in which the chairman and I have been personally involved, our joint team has worked diligently to set up a licensing process that will provide a means for those responsible and suitable firearms owners who can show they have a legitimate need for it to obtain a permit to carry a weapon in public in a concealed manner,” said Gray, an outspoken advocate for gun control and a long-time member of former New York Mayor Michael Bloomberg’s Mayors Against Illegal Guns organization. “I happen to be one that really does not support having people walking around with guns, concealed or otherwise.”

In July, U.S. District Judge Frederick J. Scullin Jr. struck down the District of Columbia’s ban on carrying guns outside the home in the case of Palmer v. DC.  This ruling, effective the day it was filed, allowed Constitutional carry in D.C. for a few days until Scullin granted a 90-day stay, set to run out Oct. 22.

While the language of the proposal to comply with the court order has not been made public, a fact-sheet distributed by the Mayor’s office detailed its tenets. As a basic rule, an applicant for a concealed carry permit in Washington D.C. would be required to meet the same strict requirements already established to register a firearm in the District. These include background and fingerprint tests, a firearms safety course followed by an exam, as well as a vision certification.

Like the current firearms permits, which allow possession inside a home or business only, Metropolitan Police Department Chief Cathy Lanier will have discretion over who may be ultimately issued a concealed carry permit. While “self-defense”or residing in a high-crime area may not be considered sufficient good reason for issuing a permit, such events like documented death threats or protective orders could be taken into account. If denied by the chief, applicants could apply for review by a five member Concealed Handgun Licensing Review Board to be established for appeals.

If granted a permit, carriers may not bring their handgun inside any District businesses within 90 days of the act coming into effect. After that period, each individual establishment could decide their own policy on allowing concealed handguns on their property. A blanket prohibition against carrying in schools, government buildings, stadiums and arenas, places where alcohol is served, private residences where not authorized, and on public transport further limits areas in which a permit holder could exercise their privileges.

In a final and, perhaps unique to Washington caveat, license holders could not carry within a 1,000 feet of the movement of official motorcades, “and in circumstances where protection of public officials, visiting dignitaries, and demonstrators is paramount.”

Palmer attorney, Alan Gura, who was also responsible for the landmark Heller decision in 2008 that brought handguns back to the District under the aegis of the Supreme Court isn’t in support of Mayor Gray’s new legislation.

“The proposed legislation fails to comply with the court’s order, which requires any licensing scheme to treat the carrying of handguns as a right rather than a privilege doled out at the police’s discretion,” Gura said in an emailed statement to Guns.com Wednesday. “The court followed the logic of the federal appellate court which struck down California’s ‘good cause’ requirement, and there is no reason to expect a different result here.”

“In America, the police don’t determine what rights we have good reason to enjoy. You don’t need a good reason to speak, to worship, to vote, or to carry a gun for self-defense,” Gura said.

Washington D.C.’s decision to move forward with such a strict may-issue policy puts the District in a small club of just a handful of states that follow this same practice. The Crime Prevention Research Center recently released a report on the number of concealed carry holders in each state which showed that the number of permits obtained in these may issue states was notoriously low. For example, just 0.02 percent of adults in New Jersey have successfully obtained a permit, while rates in more lenient shall-issue states like South Dakota hover around 12 percent of the adult population.

The measure will be voted on in the Sept. 23 legislative session. 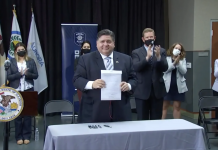