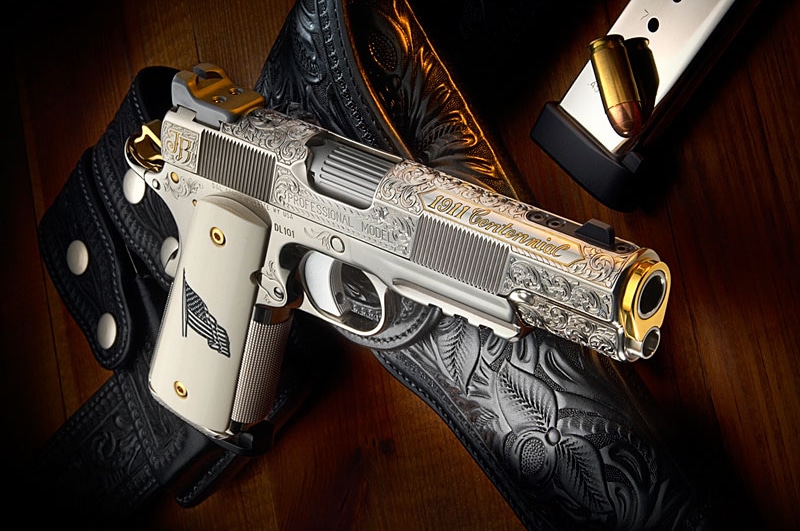 People might disagree on exactly how large the 1911’s share of the pistol market might be, but most people agree that it is substantial. That means you as a retailer should be familiar with this 100-year-old handgun design and should understand why the pistol is still in such high demand.

If you’re going to talk 1911 pistols with your clientele, it is wise to know some history about the handgun that some people call the best pistol ever designed. The designer was John Moses Browning — often referred to as a small arms design genius. Considering that his life span was 1855 through 1926 and that some of his designs are still in wide use today, it’s clear that he was truly a man ahead of his time.

John Browning learned the gunsmithing trade in his father’s shop as a child and quickly demonstrated his aptitude by coming out with his own rifle and shotgun designs. By the late 1800s and early 1900s, Browning had already designed functional midcaliber autoloading pistols. The military urged Browning to increase the caliber to .45 for improved combat effectiveness, so he designed a .45-caliber pistol by 1905.

The .45-caliber pistol continued to be refined from 1905 to 1911, when the pistol won a U.S. military contract to become the official military sidearm. It remained standard-issue until the Berretta 9mm pistol replaced it in 1986. Subsequent complaints about the 9mm being ineffective in combat have led many to return to the .45 ACP and the 1911 pistol design.

There is no question that John Browning’s basic 1911 design was genius, but the platform continued to evolve — even a pistol with 100 years of proven performance can improve. Browning modernized the pistol’s design in years after 1911, and others have taken those modernization developments even further. In some cases, this is where things get complicated.

Some 1911 refinements have actually hurt the design. The basic 1911 pistol was designed to be simple, rugged and reliable under field conditions — anything that takes away from this performance is viewed by many as counterproductive. Often an upgrade idea might be good, but lack of modification skills and knowledge by the gunsmith causes the problems. There are probably more 1911 pistols ruined by inexperienced attempts to “improve” them than from any other single reason.

(Retailers must be keenly aware of this problem, as it is very common for 1911 pistols to be improperly altered on the inside, then traded in, or “dumped” at retail gun shops because the problems cannot be repaired. Be very cautious about taking in 1911 pistols as trade-ins. An expert should inspect all 1911s before taking a trade-in).

The original model 1911 was slightly modified and became the 1911A1 in the 1920s. A shorter “Commander” model of the .45 ACP 1911 was brought out, as well as a .22-caliber training conversion. Various special editions, target models and safety upgrades were brought forth on the 1911 design in the following years. However, the big advancements came from the gunsmiths who specialized in advancing the 1911 design.

There have been many demands put on the 1911 to perform well in a variety of arenas, including military service, police duty, bull’s-eye competition, IPSC combat competition shooting and similar events. Author and shooter Lt. Col. Jeff Cooper helped the 1911 gain wide attention by many shooters. His training school at Gunsite Academy and practical shooting competition became the testing laboratory for the development of many improvements for the 1911 pistol.