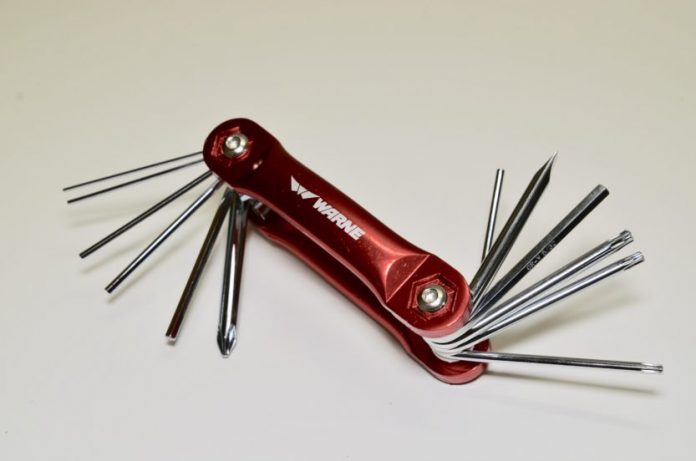 In today’s ever-changing world of firearms accessories and gear, it’s getting harder and harder to find a simple, durable and legitimate range tool for under $30.00, that was until now. The Warne RT-1 is our featured firearm accessory today and it meets all those adjectives and is priced for the budget conscious shooter but doesn’t sacrifice quality in the name of a bargain.

Warne is a company that we have worked with in the past and they have carved out a nice market at producing gear that works and is very simple, nothing complicated or flashy just great gear that works. The market for affordable pieces of range gear is tighter than ever, so what sets the Warne RT-1 apart from the rest of the pack aside from it’s $20.00 price tag? The Tualatin, Oregon based company has combined twelve of the most popular sizes and types of tool bits used in the firearms industry and done it in a different way from its competitors, but how did they do it?

My first impressions of the Warne RT-1 is that the engineers behind it understood what it’s like to hold an uncomfortable tool in their hands and took steps to prevent that for users. The tool is just over five ounces in weight which makes it light enough to carry around and still gives it enough mass to be useful. I noticed that the bits all have white plastic spaces between the bits to keep them in line and straight. This is a small but nice touch that adds to the overall usefulness of the tool.

The red aluminum that the body of the RT-1 is made of is rounded and features a swell that allows you to grasp it without any part of the tool digging into your hands. The shape of the body allows you to comfortably use the tool in either the vertical or horizontal position, as pictured below. The bits slide easily out of the body with a small amount of pressure which is to be expected. During our limited field trial, we used the tool to mount the recently reviewed Tract Optics Ultra HD 4-20×50 scope.

In the short time that we have been fortunate to have the Warne RT-1 in our possession, we have used it several times to mount optics and perform maintenance on several of our weapons. The tool performs exactly like you would expect it to, cleanly and efficiently with zero mistakes or issues. We so far as impressed by the Warne RT-1’s ability to not slip or pop out of the screws while tightening and loosening a variety or screws and nuts.

It’s our opinion that the Warne RT-1 might actually be one of the hidden gems of the firearms tool market. At a price of under $20.00 it’s hard to find a rifle magazine at that price let alone a functional tool that fits in your range bag and isn’t made of pot metal from China. There are times when people think that all we review is expensive super guns and gear that are covered in the latest uber Teflon cerakote. The fact is that we are all shooters on a budget and part of what makes this job great is finding and reviewing gear that works and is affordable to every shooter. Gone are the days of having to drag along a tool bag full of screwdrivers and gadgets, all you need now is the Warne RT-1 and maybe one a small adjustable wrench.

We hope you enjoyed this look at the Warne RT-1, stay tuned for more affordable guns, gear and accessories here at the site. In the next few months, we anticipate being able to bring you more gear reviews from companies like DoubleStar Arms, Kershaw Knives and a huge list of others. Check back often.