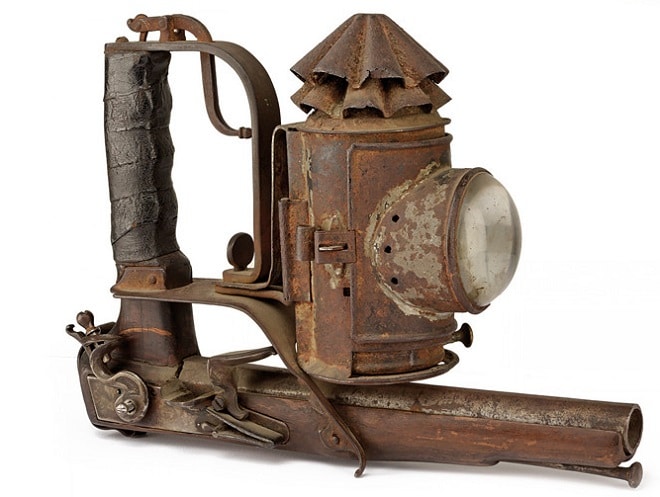 The good people at Czerny’s auction house in Sarzana, Italy have a rare pistol up for auction that had the most advanced tactical light of its day.

The flintlock, designed for hunting at night according to the the auction site, is about 12 inches long and comes complete with an over-the-top (literally) iron lantern mounted above the barrel that holds a candle and lens.

The flintlock is dates to about 1800 and is classified as being in “medie” (medium) condition though it is missing a dog screw to make it functional.

The pistol has a bore of 17mm (about .67 caliber) and, if loaded with buck and ball, probably would be pretty effective at close range. It would have to be– can you imagine trying to reload this bad boy with a quickness?

Estimated value starts at 900€ (about $965) and goes north from there which isn’t bad for something that looks like it came right out of Brotherhood of the Wolf.

And after looking at this, don’t ever complain that your Streamlight or SureFire is too heavy for your pistol.