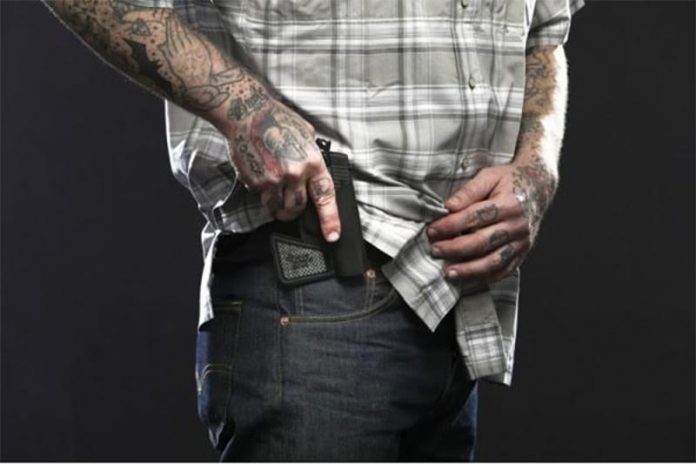 On a daily basis I have at least one person come to me and ask, “Will you teach me how to shoot?” or “How do I become a better shot?” Inevitably my response is always the same, “What do you need help with?”Almost, 95% of the individuals are in law enforcement who want help in a qualification course and marksmanship is usually not their concern; it’s the time-frame they have to get their shots off.

With this being said, I always allude to their draw from the holster.   Studies show that a minimum of 60% of marksmanship success comes from the concept known as “dry fire” exercises (i.e. practicing with a firearm with no ammunition) and practicing coming out of the holster, I personally believe, accounts for at least half of that 60%. With proper practice and knowledge of the holster you are working with you can train yourself to take a level three retention holster and operate is as if there was no retention to begin with at all.

As much of a no brain-er concept as this may sound, you would not believe the amount of intelligent, skilled, and proficient officers who forget simple concepts such as this and think it all relies on their aiming and trigger pull capabilities.  While this all does matter, getting the gun out and coming up on target as fast as possible is going to make that aim and trigger pull a much easier task. So to break it down further, in today’s lessons on basic marksmanship and marksmanship enhancement it is common to teach the “Four Point” or “Four Step” draw from the holster, the steps are as follows:

1. Break the retention and purchase (grab) the weapon

2. Come out of the holster

3. Point the muzzle down range creating a “bent elbow” or “retention position”

4. Slide the weapon in front of your chest marrying up your support hand and establishing a grip and punching out into what is known as a “two handed point shoulder position.”

Each of these steps can be worked on individually or together as a group, most important being Step 1 and breaking your retention.  Again, the key to success with Step 1 is to know and understand your holster and its retention.  Play around with the holster; figure out the pressure it takes to break its retention, the easiest way to apply pressure, and so on while you practice.  Today, many holsters have the option to cant it on your belt a couple degrees in either direction to aid in your comfort of drawing. See what best fits you, the shooter!

Going over these concepts with my officers and students has resulted in tremendous improvements not only in their draw but qualification scores.  I can assure you, with proper practice and understanding of your holster, it will not be unheard of to have a half a second-or-less draw from purchase to aim in.  Every individual I have work on this concept has stated that it has help tremendously and how easy it is to forget those basics.

As we all train and grow our skill sets it is vital to hold on to those basics we have learned, and not to forget them! Because in the end, there is a good chance that basic skill or tactic is the deciding factor in your success in a reaction.

Ray has been in federal law enforcement for just over three years but he has been around firearms and learning marksmanship skills ever since he was a child. Once he exposed these knowledge, skills, and abilities to his agency, they took him and made him one of their lead firearms instructors. Ray has attended many schools and training to better his knowledge and skills on modern day tactics and shooting, as well as, constantly challenging himself by recreating and researching a multitude of known firearms equipment failures to find a better solution to those problems. Ray is a firm believer that practice, training, and will to learn and survive is the key to anyones success; and if you’re not willing to better yourself, you’ve already failed.