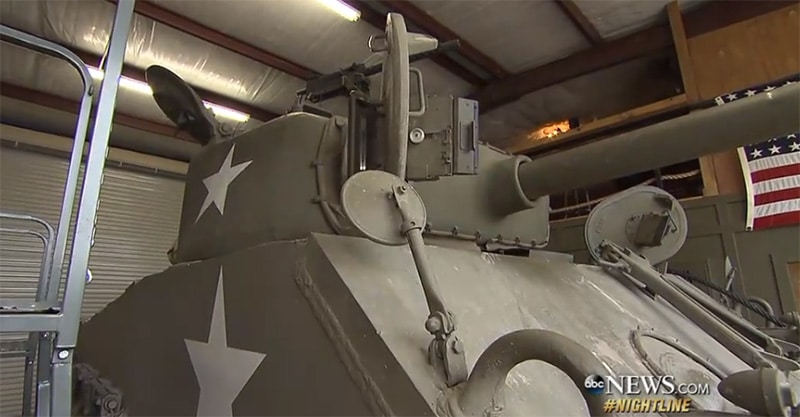 On an 18,000-acre ranch in Uvalde, Texas, a company known as DriveTanks gives their patrons the opportunity to drive tanks and blow stuff up.

DriveTanks owner, Todd DeGidio, who is also a former Houston cop and Green Beret, said they have tanks and guns from all over the world, in all shapes and sizes, but their tank of all tanks is a 1944 Sherman tank.

Customers have the option to individualize their visits by choosing the equipment and artillery they’d like to try. And while DriveTanks also offers packaged deals, none of them are cheap. In fact, driving and shooting the 1944 Sherman will run around $3,000. Other options from the tanks and tracks section range from $450 to drive the German Half-Track on the modified course to $1,750 to drive the Russian T-34.

Shooting from the tanks, of course, is extra, starts at an additional $200 and goes up from there, with the sky – and your pocketbook – being the limit. Then there’s the machine guns and the “big guns,” which are slightly cheaper than a tank ride.

DeGidio said they had one group spend a full day at the facility and spend more than $30,000.