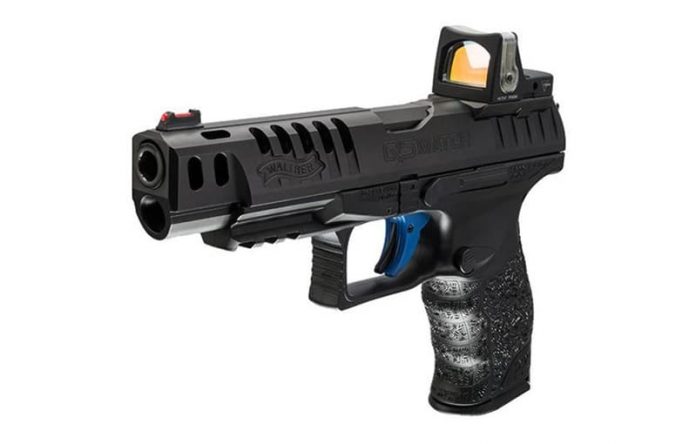 The PPQ has developed a cult like following. Followers arguably may or may not be mainstream but they certainly are vocal, their arguments have merit, and their tribe is increasing. Walther has been making quality handguns for a very long time but the PPQ (and all the rage over it’s trigger) may be the gun that re-defines Walther for the next generation.

The Q5 Match was released at Shot Show and the ground swell of interest surrounding it is growing. They are still going to be a bit difficult to get your hands on but that will change down the road. In the meantime, if  you aren’t locked into an optic ready platform or don’t really want the extra slide milling the five inch PPQ is a great option— it’s the same gun. It would make a remarkable candidate for completion shooting and other applications as well. The trigger is good— it lives up to the hype. Both guns are attractive to my eye and have quality features often added in the aftermarket. Though the grip is nice, the finger grooves aren’t my favorite, but to each his own. I’d still have a PPQ or Q5 without hesitation. Yesterday, I took some time with Kevin from Walther. I’ll embed the video so you can come along for the ride!