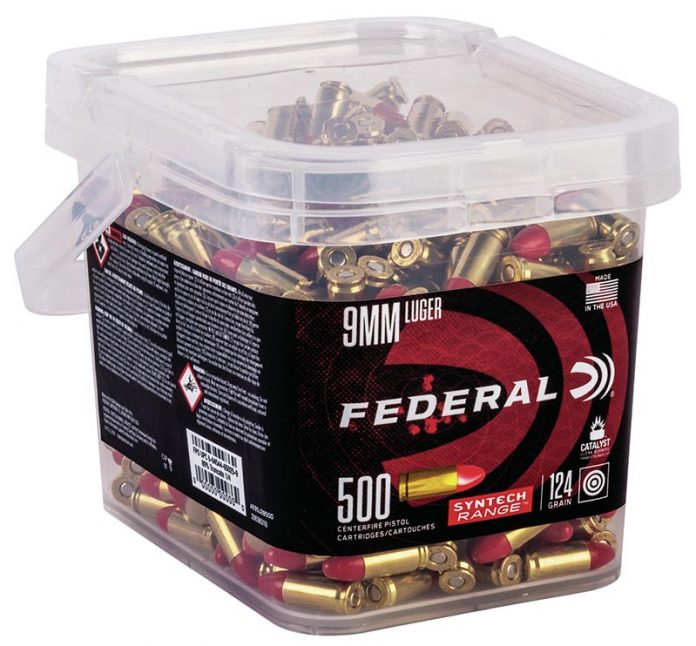 When Walmart announced they were getting out of the pistol and “semi-auto” rifle ammo business we all knew they’d be clearancing the goods soon. Their foolish policy sprung up after the El Paso Walmart shooting. Somehow Walmart no longer selling popular ammo would solve the problem. Over the last few weeks, I’ve kept an eye out and seen some slight rollbacks. It’s been nothing like what I saw today though.

Today on my trip to Walmart for some small goodies I checked out the ammo area and was stunned when 9mm was going for as little as 7.4 cents per round. That was Winchester Forged. Beside it was 500 round bulk pack 9mm Winchester White Box going for 45 dollars. In the cabinet were various Remington, Winchester, and Federal loads for 8 to 10 cents per round for brass cased FMJs. Self-defense ammo was as cheap as 5 bucks a box. It was nuts.

Rifle ammo was also being rolled back, but nowhere near the level of pistol ammo. By rifle ammo I mean 223/5.56, 300 Blackout, 7.62×39, and various other calibers popular in semi-auto rifles. Walmart had slight discounts, sometimes less than a buck off a box. I imagine they’ll start moving it out sooner than later.

The sales rep stated that they received a letter from Corporate telling them to get rid of it and it’s clear that’s exactly what they are doing. I’ve heard from other salespeople that ammo was still coming every day, even after the no handgun ammo policy. I purchased over 4,000 rounds myself and a group was gathering as I was on my way out. It won’t last long. Now’s the time to head to Walmart and stock up on ammo before it’s all gone.

Little does Walmart know (or care) people like me are going to take this ammo and use to teach new shooters, write articles, and spread the good word about the 2nd Amendment.