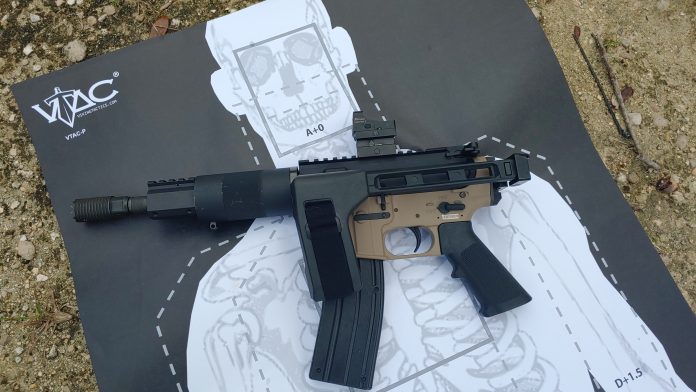 Targets are a big industry that’s oft-ignored when it comes to training. Choosing the right target for your training can change how you train and how effective your training is. Targets come in many shapes and sizes, and the VTAC Tactical Target finds a way to be a single target, but at the same also has many shapes and sizes. Let’s break that down a little bit more.

The VTAC Tactical Targets – One Target Many Uses

The most eye-catching portion of the target is the giant skeletal figure bearing down on you. This is no Evil Dead training situation where you’re facing deadites, but a scaled skeletal figure that gives you a practical idea of what the body looks like beyond clothing and skin. This skeletal figure produces a realistic target image that allows you to learn what proper shot placement looks like on the human body. 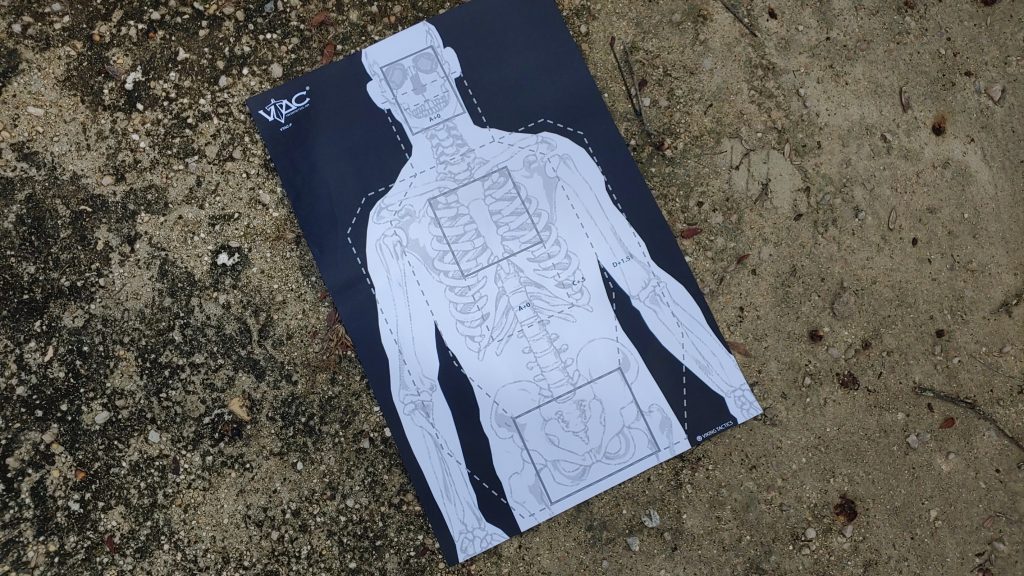 Around that skeletal figure is a fleshly outline that produces a visible human target to represent the body better. Overlaid over the skeletal fleshy fella is an IPSC/USPSA style targets outlined in checkered lines. These lines show all the necessary portions of these targets to allow practice for these disciplines and any other training one may do. 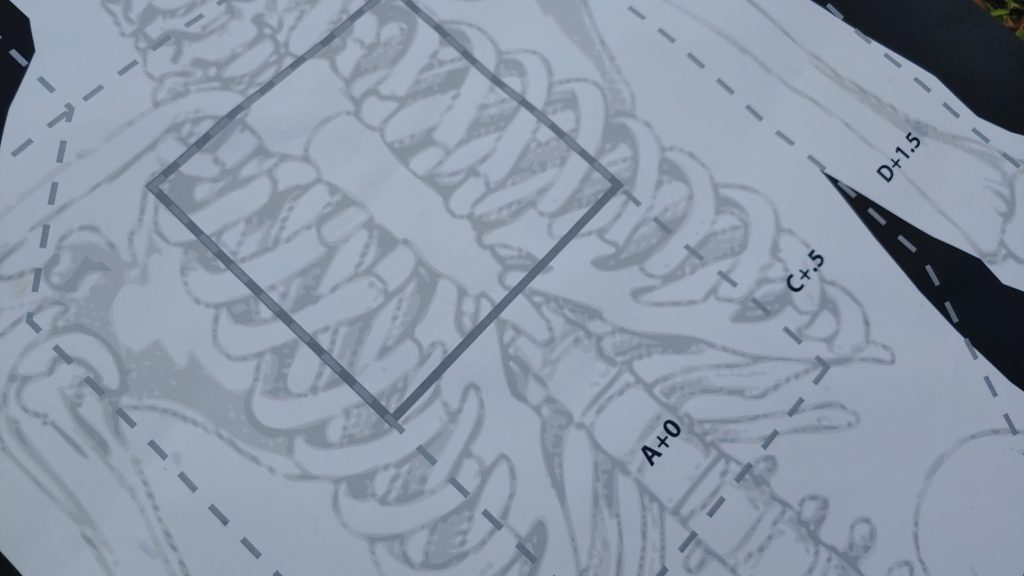 This entire target inverses traditional target design and makes the skeletal bad guy all white and gray on a black background. This white on black makes it easy to see the target in low light scenarios and effectively see your hits when you engage from a moderate range.

That’s Not All Folks

The deadite inspired baddy on the VTAC Tactical target is already an impressive enough target. Still, when you flip this bad boy over, you get presented with various targets and shapes to build your shooting skills beyond shooting bad guys. Running down the center is four B8 style targets that are perfect for zeroing rifles. The inch sized grid squares make it easy to dial in adjustments and to make accurate measurements. To the right and left of these B8 style targets, you have various black and white shapes in multiple configurations that are also numbered. These different shapes and their odd designs allow you to practice multiple drills. They can go as far as your imagination can go. 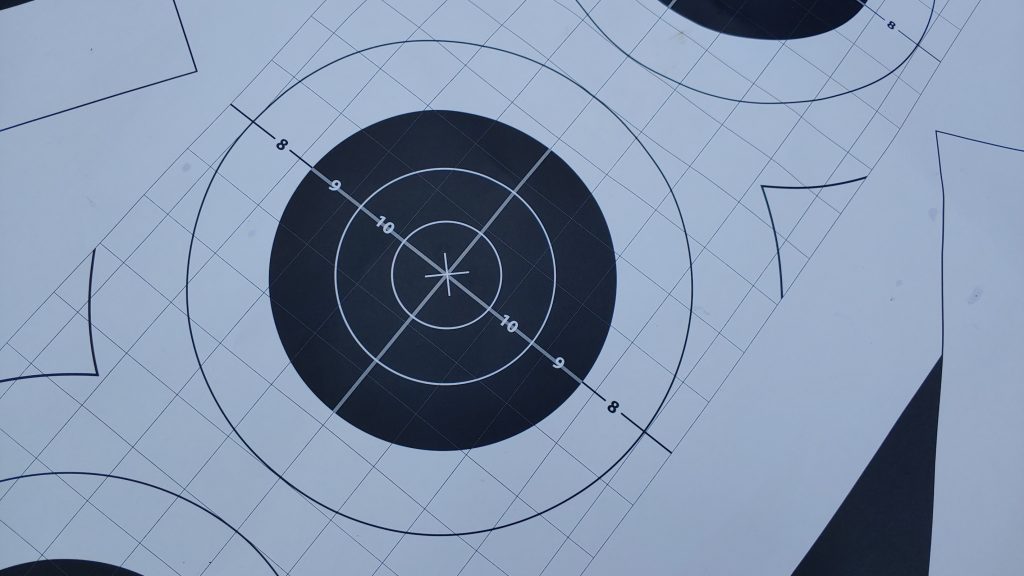 Off the top of my head, I could use the number 5 target to practice hostage style shooting drills. On numbers 3 and 4, you can work going diagonally with multiple shots, only hitting the white targets. The Number 2 target could be used for a precise transition drill. Shoot the back with a rifle, transition to your handgun, and punch out the white target.

I love the VTAC Tactical targets for patterning shotguns. I’m a shotgun nerd and like being able to see where my pellets will land on the body. The reason being is that I could visualize the thick portions of the human body and where I need to aim to land the most effective shot on top of picking an area where pellets are less likely to overpentrate. 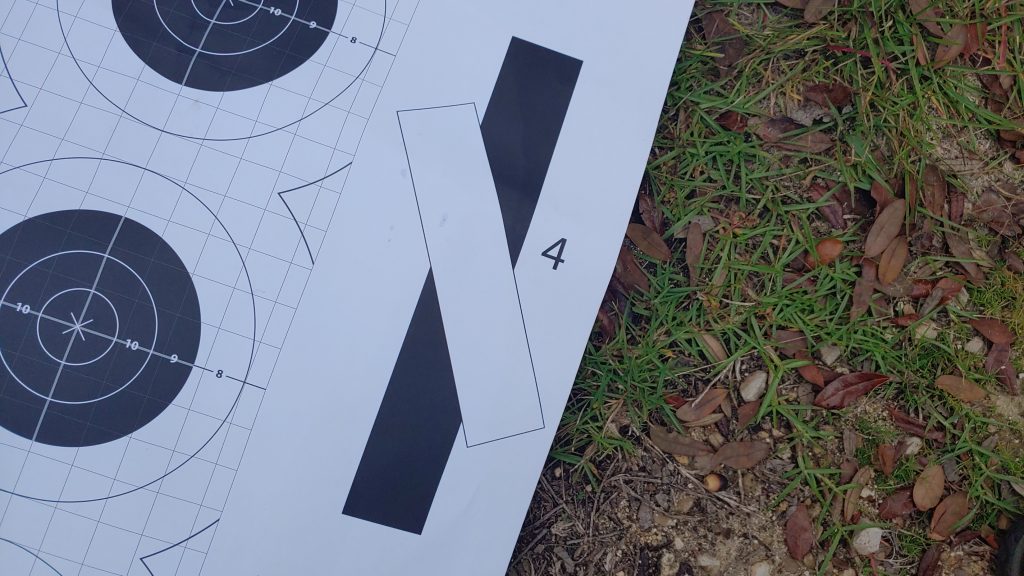 The VTAC Tactical targets allow you to visualize the target’s internals, and the internals is what matters when it comes to shot placement. Punching a standard silhouette target is okay, and it works. However, the skeletal structure allows for better visualization of the critical areas to place shots on. I could see these being useful for police forces training with less-lethal munitions for blasting the pelvic area of the target. 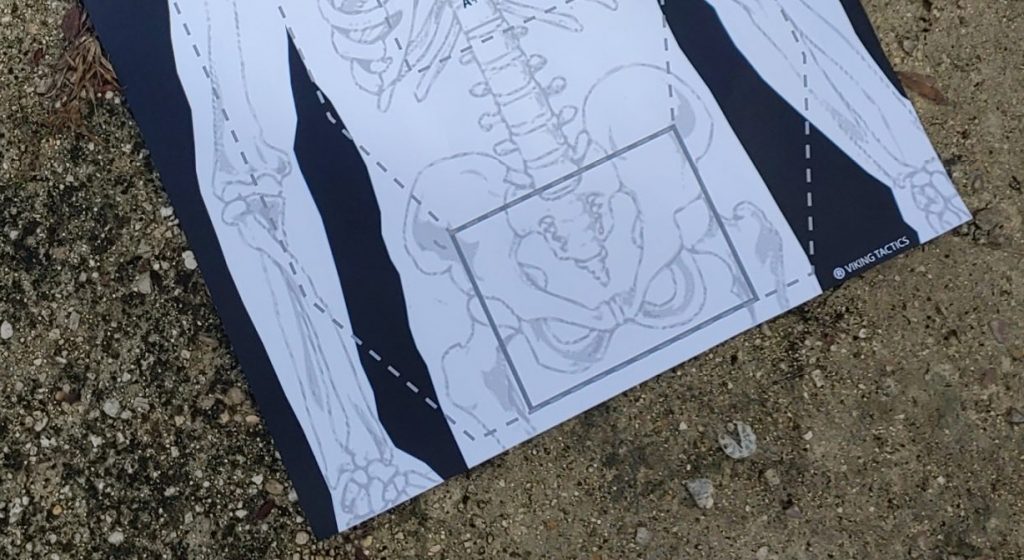 Having so many targets built into one design is ultra-handy. I love the design, and it allows you to keep fewer targets. This saves space, money, and the number of orders I’m placing on Amazon. Again, this design likely benefits police forces logistically. As someone who burns their way through targets, it’s much easier to have one that serves multiple roles.

The VTAC Tactical Targets are made from thick paper stock. It can withstand a little wind and water, as well a few shotgun blasts. They won’t survive a hurricane but are perfectly suited for some rainy day training—also the price point rules. If you purchase them in bulk, you can spend less than a dollar a target. The VTAC Tactical Target isn’t just a solid option for defensive training, but for drills, zeroing, and beyond. It’s well made, easy to see, and priced to move.