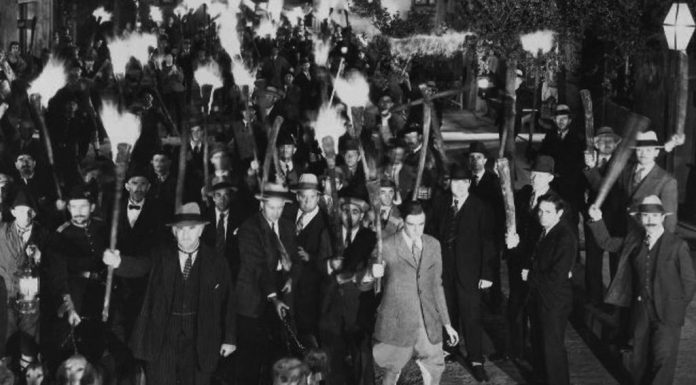 Confiscationists are finding creative ways to put pressure on law-abiding gun owners.  In addition to taking over the public health publication machine, which cranks out “authoritative” articles based upon gross distortions of reality and statistical sleights of hand, they have now begun to weaponize front-line health care personnel.

I witnessed this first-hand earlier this year.  The Virginia Commonwealth University/Saint Mary’s Hospital/Virginia Department of Health “Gun Violence Symposium” featured speaker was none other than Lori Haas from the Virginia Coalition to Stop Gun Violence. She tried to convince medical attendees that guns were killing 1,000 Virginians each year in a widespread “epidemic” of gun violence.

The reality here, as it is in the country, generally, is that ⅔ of the deaths are suicides, and the vast majority of the remaining ⅓ is gun and drug-related criminal violence confined to inner city areas.

All the “gun control” legislation demanded and paid for by Bloomberg and about to be foisted on the Commonwealth by our now-Democrat-controlled General Assembly would do nothing to prevent any of this. But that didn’t stop this group of doctors and allied health professionals from encouraging the attendees to mis-“use their position of trust and authority” to reach out to their legislators and encourage the passage of these bills.

Although civic engagement is to be encouraged, it is distressing that medical professions take positions about things that they have no expertise in.  Treating victims of gunshot wounds does not make one expert about gun usage.  Unfortunately, exposure to “secondary trauma”—bearing witness to the sequelae of violence—has led to medical myopia that cannot see past the projectile even to begin understanding the root cause of this violence.  Medical care must be based upon facts, not feelings, no matter how poignant and, in the moment, appropriate, those feelings are.

What is so conspicuously absent in any “medical” discussion of guns are their benefits.  Lawful defensive gun usage is easily ten times greater than criminal gun usage.  The FBI uniform crime statistics show that as gun ownership has increased, violent crime has decreased.  Surveys of incarcerated criminals show that they fear armed potential victims more than law enforcement.  Organized medicine’s blind spot for this is profound.

As I tried to listen patiently to the speakers, I wanted to scream “Just what is your personal plan of self-defense if mayhem were to break out here?  Wait for the police?”  Law enforcement personnel simply cannot be everywhere at all times, and they have no legal responsibility to keep anyone safe. Their mandate is to maintain law and order.

Not satisfied with merely poisoning the discussion with lies, confiscationists are now encouraging medical personnel to inquire directly about gun ownership.  This idea has been zealously and misguidedly promoted by our professional organizations for years, but now there is a bill before the Massachusetts legislature to mandate the practice. Guns & Gadgets podcast alerted us to House Bill H 2005 by Jon Santiago. It is titled “An Act to Prevent Gun Violence” and has the following provisions:

First off, “firearm screening and counseling” . . . ?  Are they inspecting barrels for cleanliness and speaking to the guns?  The point is that they are screening human beings on the basis of lawfully-owned instruments.  I’d be happy to provide counsel to patients about guns, if I was appropriately asked by a patient,  based upon my training and experience in firearms, including many hours of NRA courses. In summary, my advice would be to seek out at least the same training I did!

But this bill directs medical staff to obtain direction from “recognized professional medical groups and such other sources.”  Other than our Doctors for Responsible Gun Ownership, there aren’t many that base their “counsel” on direct experience with firearms and clear-headed facts about defensive gun use. I’ve not seen any professional organizations even acknowledge the extent of defensive gun usage, nor have I seen any of them reach out to certified trainers or groups like Project Childsafe that encourage safe storage of guns that are not in use.

Apparently the bill calls for subjecting patients to this at regular intervals— and not just some patients, but “all patients.”  So routine colonoscopy will now require further intrusion into gun ownership? How will this prevent gun violence? As we’ve seen time and time again, the confiscationists never waste an opportunity to suggest that law-abiding gun owners are the problem.

What armed criminals seeking health care would waste a moment of thought about this dilemma? They would simply lie, tell the doctor they do not have guns, and think nothing of it. Law abiding gun owners, seeking merely to be left alone, are the ones facing the ethical dilemma of how to be open with their doctors when trying to obtain help for their medical problems.  Fortunately guidance is available.  Unless it is somehow directly related to the reason for the medical visit, there is no reason for this subject to be raised. And given the ubiquity and poor security of electronic medical records, there is no telling where the answers to those questions may end up.

Options include declining to answer the question, pointing out that pursuing that line of questioning is outside of the scope of the visit and constitutes a boundary violation, all the way to making formal complaints with the doctor’s healthcare organization, health insurance plan, or licensing board.  DRGO covers this thoroughly in What to Do When Your Doctor Asks about Guns.

Even if you feel that there is nothing to hide and don’t object to the question, it’s important to keep in mind that the confiscationists are playing the long game.  We cannot foresee what the next infringement is going to be, so what is “innocently” collected now could be used differently in the future, without any means of retracting the data.  The specter of “Red Flag” laws make this an ever more acute concern.

At the symposium, cardiologists expressed the most interest in red flag laws, even though such laws have not yet been implemented in Virginia.  One would think that such specialists would want first confer with mental health experts, if only to make a rational treatment plan addressing the underlying concerns. Instead, these physicians were ready to jump right to confiscation sans treatment, based upon the false ideas presented at the symposium.  In their minds, gun access is the “illness” and gun eradication is the treatment, ideas that are expressed in the language of the Massachusetts bill.

Bills such as this ought to motivate gun owners everywhere to remain aware of their local legislators’ confiscatory leanings. These Trojan horses for infringement spread like disease if left unchecked, and no state is safe, as Virginia currently demonstrates. Make it your priority to reach out to your city, state, and congressional representatives, and encourage them to support criminal control, not Second Amendment infringements.