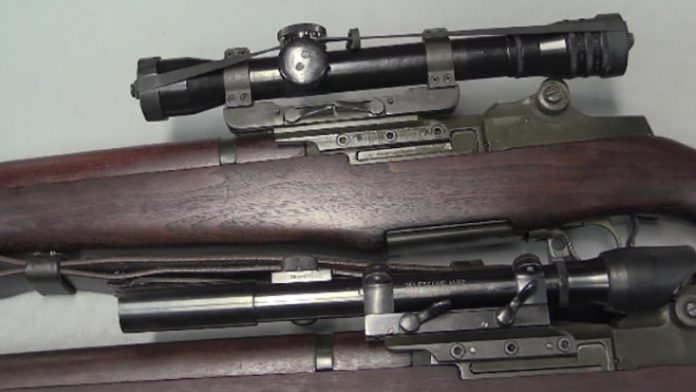 Ian from Forgotten Weapons wraps his scholarly hands around a Marine Corps MC-1952 Sniper Garand, an Army M1C Sniper, and a series of Springfield 1903 sniper rifles for an in-depth look.

In the above video, he chronicles a Marine 1903A1 Springfield with an 8x Unertl scope, a Springfield 1903-A4 with a standard WWII-era M73B1 scope (which was just the commercial Weaver 330C), and a second 1903-A4 with a post World War II M84 rifle scope of the type used through the Korean Conflict into the early stages of the Vietnam War.

If bolt guns aren’t your thing, Ian picks up in the two videos below with the MC-1952, a Marine variation on the M1C Garand sniper rifle with a 4x Stith Kollmorgen Bear Cub scope; and an authentic M1C itself with the M84.