Silencerco brought in video gamer Alanah Pearce of IGN.com to address the common myths of suppressors and their use in the game world.

Australian Pearce, a professional game reviewer and IGN’s Toys and Culture Editor, had been to the gun range once before (“I shot old bolt-action Winchesters with my dad”) so her notions of firepower and suppressors were based totally on her living room experience.

With the help of a very nice Tikka T3 in 6.5mm Creedmoor, they test acoustics, bullet speed, and bullet impact both with and without a can, as well as her observations on just how “silent” suppressors are not.

In the end? “It seems like games have been lying to me my whole life,” Pearce says. 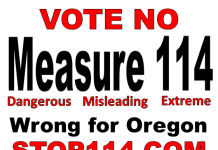