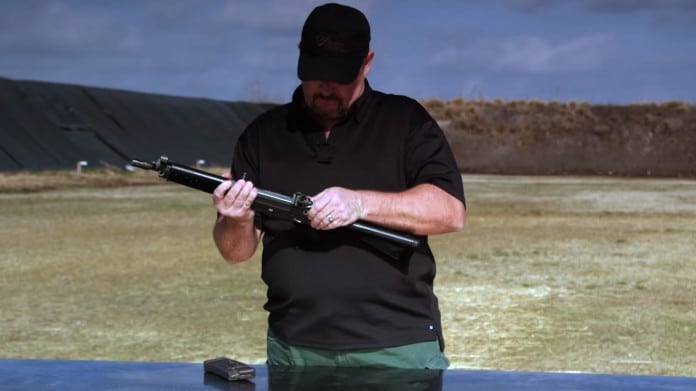 Larry Vickers gets hands-on and in-depth with the Sig Sauer 552 Commando carbine, a little-known and brief but interesting SBR.

Designated by Sig as the 552-2P when it debuted in 1998, the compact carbine has a 8.9-inch barrel which translates to a 14.2-inch sight radius. A folding stock keeps it even smaller when needed while a four-position select-fire giggle switch provides a lot of fun. The model was short-lived as the improved 553 replaced it in production after just a decade because its recoil mechanism is kinda unique (read= flawed) in the SG line as Vickers alludes to above.

Still, if its transferable and he wants to give it away, we’ll take it.