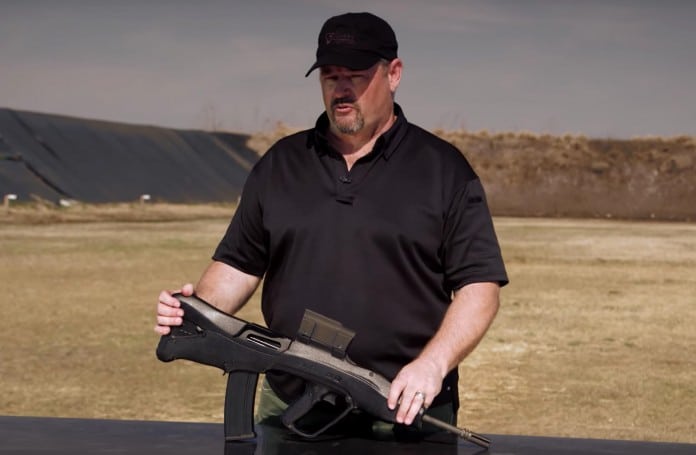 Larry Vickers was able to get some range time in with the South African Vektor CR-21, an obscure bull-pupped rifle best known for zapping prawns.

The Vektor CR-21 was a prototype rifle (with the “CR-21″ being an abbreviation of Combat Rifle 21st Century) built for testing by the South African Defense Forces to replace their venerable R4, itself a licensed variant of the Israeli Galil ARM.

Truth be told, its really just a R4 in a swag polymer bullpup housing and even uses the same mags and action– hey, if its not broke.

While not adopted by the SADF and only a handful were made, the gun did show up on the big screen in the 2009 sci-fi flick District 9 and were used to good effect on some poor malnourished extraterrestrials.

Who are likely not a fan of the design but could not be reached for comment.