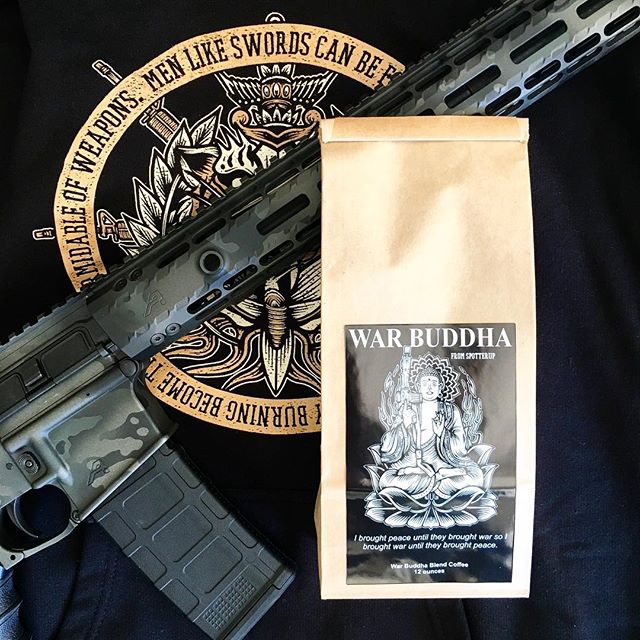 Our tyger represents power, beauty, fierceness, revolution, unpredictability, and we ask modern men to challenge conformity just as Blake did against the soul crushing workings of the Industrial Revolution and human labor that stifles man. Release your inner energy against it. Fight against being a cliche and that means not being earth bound with your thinking. Our coffee creation is inspired by the English poet William Blake published in 1794 as part of the Songs of Experience collection. “The Tyger” is the sister poem to “The Lamb” (from “Songs of Innocence”), a reflection of similar ideas from a different perspective (Blake’s concept of “contraries”), with “The Lamb” bringing attention to innocence. “The Tyger” presents a duality between aesthetic beauty and primal ferocity, and Blake believes that to see one, the hand that created “The Lamb”, one must also see the other, the hand that created “The Tyger”: “Did he who made the Lamb make thee?”

Our illustration has a sword, tiger, moth, olive branch and M4 Rifles. What can you make of this symbolism? 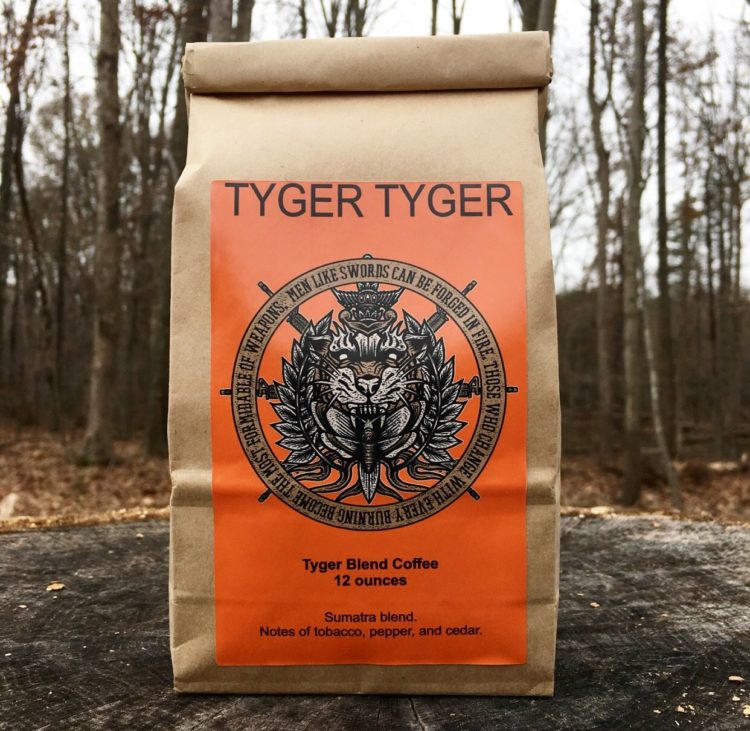 “A man can change his nature no more easily than a hungry tiger can change its stripes, until he loses his scent and taste for the natural in order to hunt the supernatural. He must abandon all that he think he knows, those ideas about limitations and permissions, if he wants to start feeling like he’s gaining ground and making a killing. Sometimes he must go a different path from the streak. Perhaps he must start small before he can envision hunting big game but he must start. He must abandon old ways of thinking in order to acquire new ways of stalking things that will make him a devastating beast in this wild world.”~Michael Kurcina

10% of every package sold with be donated to Active Valor 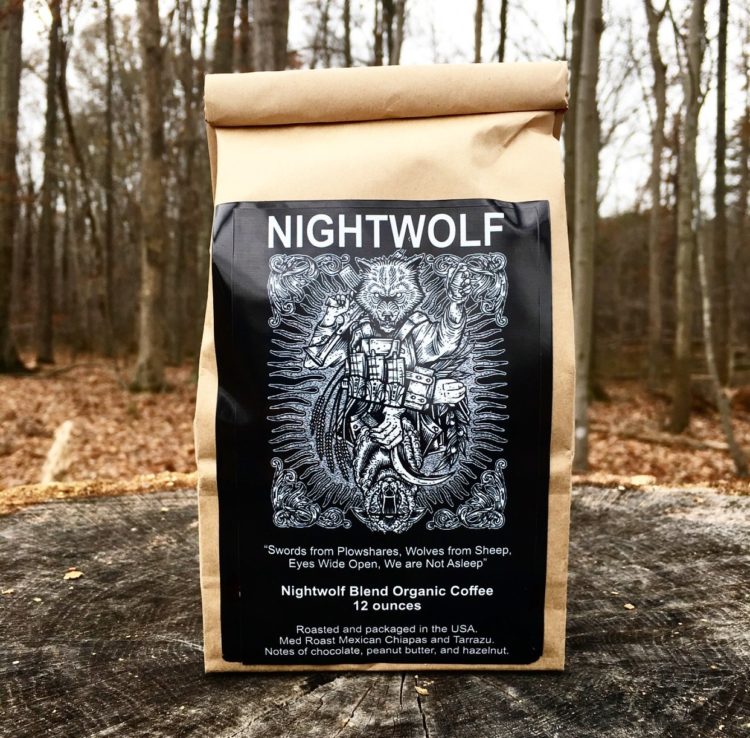 Do you want to know what wolves drink in order to stay awake, well this is it! Drink, reflect, take action, change! You get a wolf sticker with every purchase. Nightwolf Organic coffee. Roasted and packaged in the USA. The blend is a Mexican Chiapas and Costa Rican Tarrazu. It is a medium roast.This coffee is smooth with low acidity and notes of chocolate, peanut butter, and hazelnut. Roasted and packaged in the United States.

“Swords from Plowshares, Wolves from Sheep, Eyes Wide Open, We are Not Asleep”. Wake up and smell the coffee has a new meaning when you drink our Nightwolf blend. 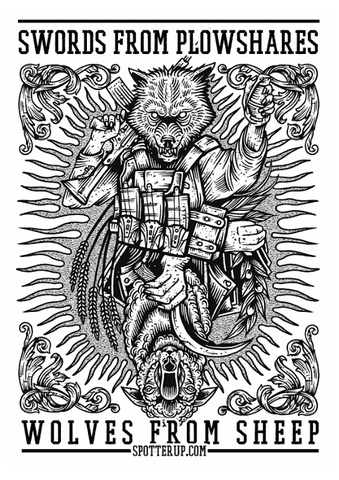 Our Nightwolf coffee comes out of the books of Herman Hesse’s book called Steppenwolf. Hesse’s protagonist is more dead than alive. He is a man caught in cultural and spiritual malaise. Haller goes through a profound crisis during the 1920s and lives away from the public.

There are two warring souls fighting within him, one is the beast known as the wolf and the other is the law abiding man. Haller is disgusted with modern European culture. He loses everything: his family, his home, his job.  This artwork represents the protagonist’s split between his humanity and his wolf-like aggression. Our take on it is modern man’s conflict between being too much of a “sheep” and not enough of the “wolf.” The wolf carries a rifle and a grenade. He is ready to battle and he has no desire to capitulate and become soft and without standards like the culture around him. Our Steppenwolf is a fighter. The sheep represents mindless man and culture too willing to please everyone instead of drawing a line in the sand and defending his ground. The sheep holds a sickle and an olive branch. Man is too willing to be humane when he should be more aggressive. He needs to be a wolf!

“Every man lives confusedly in darkness until he is willing to enter into light by exiting the womb of his life and leaves the safety of that environment. He has to make mistakes, he has to take chances, he has to be willing to be cut down by critics and applauded by praisers even at times ignoring what they say, while he finds out for himself what is true and false, and even then he’ll never really know a thing until he leaves comfort behind. He must disregard everything told to him in all the safe passages he’s traveled, and those tubes and tunnels. It’s only when he’s free of ‘back there’ will he understand what he left behind.

Men will always be strangers to one another and themselves unless each learns by trail and error and ascertains the truth, that what he believed was only theory, and until he applied it he was but a theorist and not a realist. Truth has a way of cutting through nonsense. He must make his bones, and sometimes he must pay some very big dues, but in the end he’ll know truth. What he knew before may have been right but it wasn’t until he questioned it, and applied it will it sink in and make sense.

The cause of any man’s confusion is that he never found himself but finding means searching, and a halfhearted attempt often comes from halfhearted men who in the end are just kidding themselves.”~Michael Kurcina

10% of every package sold with be donated to Active Valor 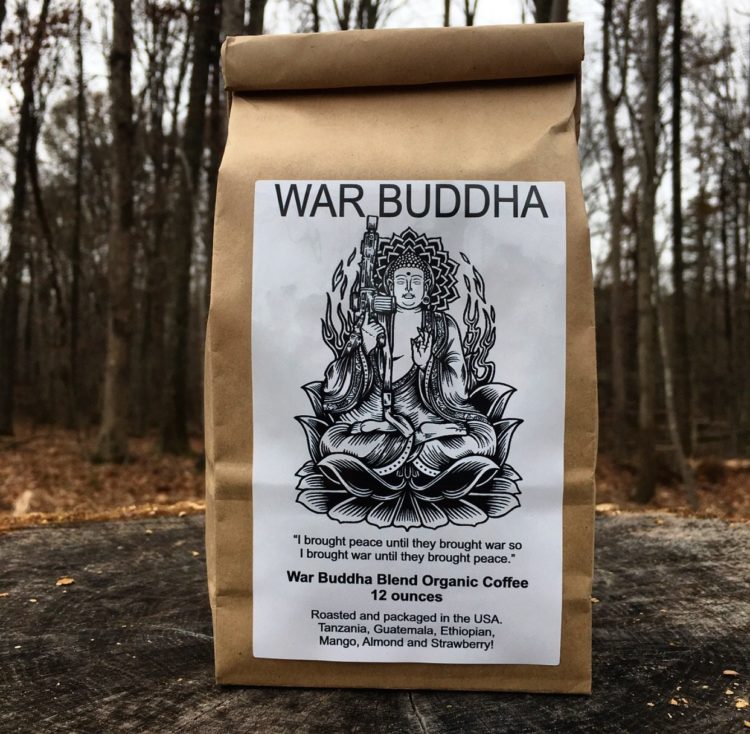 War Buddha Organic coffee. Roasted and packaged in the USA. Tanzania, Guatemala, Ethiopian, Mango, Almond and Strawberry! Roasted and packaged in the USA. “I brought peace until they brought war so I brought war until they brought peace”~Buddha. Actually the quote is ours and the design is cool!  Wake up and smell the coffee has a new meaning when you drink our War Buddha Blend. 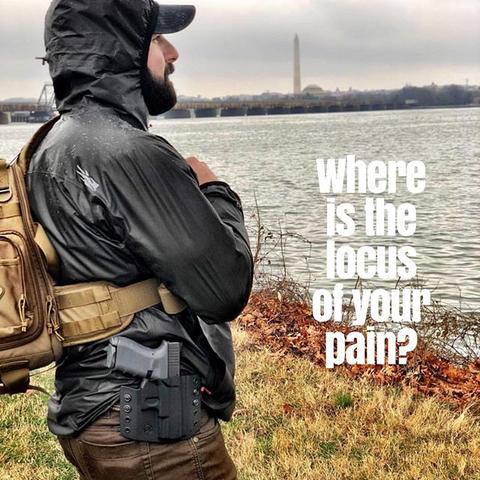 “Men fearful of pain, deep seated pain, will never get to the root of the problem unless they examine the wound. We must attack any of our misgivings with deliberate honesty to prevent the corrosive power of skepticism from rotting us within. Deliberate action married with focused intelligence means we discover why we are dying inside and it requires cutting out our dishonesty. Examination begets facts, facts require action, action requires order, order creates conviction, conviction breeds passion, passion brings connection. Do the damn work doctor.
We must examine how we see ourselves, how we see the world, and how we see others. Is life meaningless? Are we worthless? The truth is men are given a tremendous amount of power in that we are not only able to think but we are able to make choices yet most men squirm like worms rather than act like lions once given the facts. The location of your pain isn’t over there, it’s inside of you, and you can change how you think and feel.
We were built for great things. You were built to do great things now do it. Don’t be afraid of the work you must do. Have confidence in who you are, what you want to do, and what you want to say. Life holds a certain amount of misery and suffering but it also holds joy. Take action. Do not be a coward.”The other part of this is to stand by your philosophy. If its peace than hold to peace. If you must fight, then fight.“Keep preaching peace, do nothing, or do little when violence comes to others but consider one day that violence may come to you, so be grateful if help comes from someone that won’t auction their talents nor principles as you did. When it happens is NOT the time to figure what it is that you believe. Give regard to a moral code that has real principle, merit and is useful because there are evil men out there. Give violence that is an appropriate response, that fully adheres to your principles, and if need be destroys bad men in their tracks.”Give these a try! And try our mugs too! 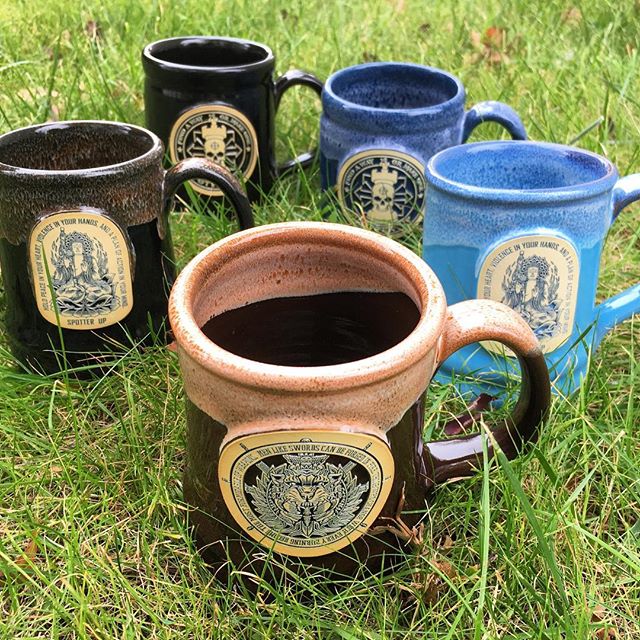