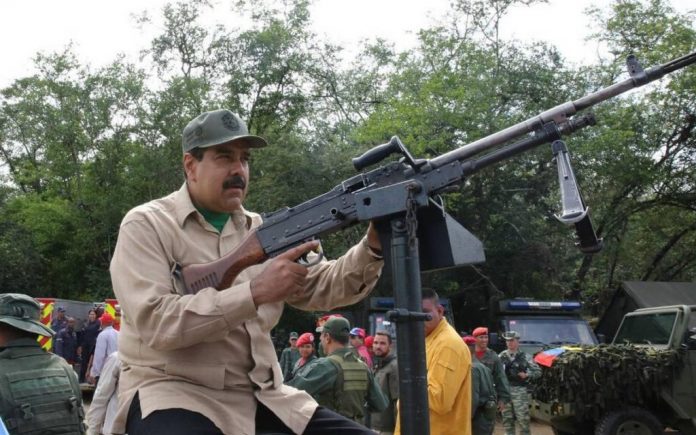 The Second Amendment to the U.S. Constitution is an entirely outmoded document!  Useful at one time, It’s now an excuse for malcontents and fools to obtain weapons they invariably misuse.  That, at least, is what a large segment of our political establishment would have you believe. Are they right?

Into the debate comes the report of one Javier Vanegas.  Mr. Vanegas, age 28, is a Venezuelan refugee living in Ecuador. He relates how his country of Venezuela was destroyed in “six short years”.  It began, he tells us, when then President Hugo Chavez, taking a cue from Castro’s Cuba, decided to confiscate all civilian guns in 2012.  An amnesty was declared, after which anyone caught with a firearm could spend up to twenty years behind bars.  Despite this threat, only thirty seven guns were turned in. Nearly 12,500 had to be seized by force. When Chavez died, the policy of firearm confiscation was continued by his successor, President Nicolas Maduro.  When members of the pro-democracy movement publicly protested the gun grab, over 200 of them were killed.  When the police opened fire, all they could do was to throw stones. Predictably, Venezuela morphed into a complete dictatorship forcing over three million of its citizens to flee the country.

How did such a tragedy come about?  Mr. Vanegas tells us the gun confiscation bill was originally sold to the Venezuelan National Assembly
as a crime prevention bill.  Hmmm, why does that sound familiar?

Once the law was enacted, the murder rate really went down in Venezuela, right?  No, wrong!  In 2015 the number of murders in Venezuela reached 28,000, the worlds highest.  For 2018, the homicide rate was 56.33 per 100,000. Again, a record setter, far exceeding the world’s average of 6.02 per 100,000. According to Mr. Vanegas, the only people who have guns in Venezuela now, besides the police, are street gangs preying on the disarmed citizenry.  Why am I not surprised?