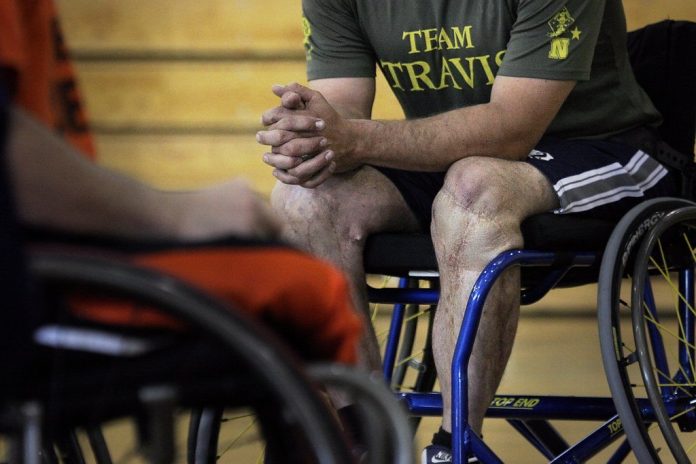 For many veterans, the Department of Veterans Affairs can be a source of seemingly limitless frustration. Long wait times, understaffed facilities, and miles of red tape are just some of the barriers between veterans and the care they seek, and as a result, a rash of gun related incidents have plagued VA facilities in recent months. Notably, three veterans shot themselves on VA grounds over the span of just three weeks earlier this year, but it was a different incident that has prompted the newest addition to the VA’s security practices.

From now on, veterans that arrive at VA medical centers in wheelchairs will be required to leave their chair and switch to ones provided by the medical facility. This new policy was adopted as a result of an incident at the West Palm Beach VA Medical Center in Florida in February of this year, in which a double-amputee produced a small hidden firearm from his wheel chair and opened fire in the VA emergency room. One doctor was hit in the neck and at least two other staff members were injured as the patient fired off six rounds from the small pistol. That same doctor, despite his wound, managed to subdue to shooter and separate him from his firearm until law enforcement could arrive.

That same facility also saw a veteran suicide on its grounds that same month.

This new policy is likely going to be one of a number of changes to VA security, following an uptick in veteran suicides on VA campuses along with other violent incidents that even VA officials have acknowledged that they were poorly prepared for.

VA Inspector General Michael Missal released a written statement acknowledging that the “VA failed to develop adequate threat assessments and written policies” for its police, “which contributed to security vulnerabilities.”

“Common challenges identified in these and other OIG reports, such as staffing shortages, the splintering of oversight responsibilities, confusion about roles, and lack of clear guidance can undermine VA’s well-intentioned goals and objectives” for its police, Missal said.

The Department of Veterans Affairs currently employs about 4,200 police officers, which is significantly short of the 4,900 officers the department requires according to its budgeting requests. Under-staffing continues to be an issue nearly across the board for the VA, and is often cited as the reason for issues with timeliness and consistency of care.

Feature image courtesy of the US Marine Corps