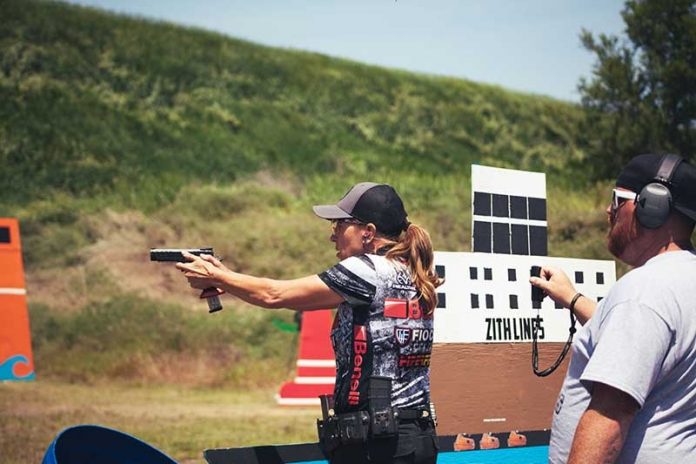 With competition shooting on the rise, many gun owners look to matches and events to hone their accuracy and shooting skills. With a variety of events to choose, it’s hard to keep track of various organizations that organize each match. Guns.com is here to clear the confusion, offering a quick look into each competition style.

USPSA is one of the largest competitive shooting organizations with more than 30,000 active members and around 450 affiliated clubs across the country. Governed by the International Practical Shooting Confederation, USPSA offers a few categories to include handgun, rifle, shotgun and multi-gun further divided into divisions to cater to factory guns and even tricked out firearms. For example, Open division allows shooters to equip guns with a wide range of accessories and sight modifications whereas Production limits shooters to stock handguns. Each sub-division caters to the unique qualities that the major divisions offer, even delivering a pistol caliber carbine subset for those running PCC.

When it comes to scoring, scorekeepers use one of two methods: Comstock or Time Plus. The more traditional Comstock method, preferred by international organizations, adds up points determined by shot placement and then divides by time and accounts for a power factor to determine a participant’s score. Time Plus is a newer and some say simpler means as the score relies on a participant’s time and then deducts for misses and penalties.

USPSA said the construction of its matches and focus on technical shooting produces thorough shooters. “For most people, practical shooting is pure sport conducted with little or no thought of the self-defense aspect of firearms use,” USPSA said in a statement. “However, USPSA members are generally the most proficient shooters in the world as witnessed by their domination in the world of firearms competition.”

Currently representing more than 25,000 members, including those in 70 countries, IDPA brings a tactical priority to competitive shooting. Started in 1996 to address the limitations of USPSA, founders Bill Wilson, John Sayle, Ken Hackathorn, Dick Thomas, Walt Rauch and Larry Vickers aimed to address real-world shooting situations concealed carriers might find themselves in. The result was a competitive sport uniquely centered on defensive shooting. “Prior to the formation of IDPA, there was no place to compete and hone one’s skill with equipment designed for and suitable for self-defense,” the organization said in a statement. “If you’re interested in using truly practical pistols to solve challenging and exciting defensive shooting problems, then IDPA is the sport for you.”

IDPA tightly controls sidearm alterations, adopting the idea that shooters should rely on skill as opposed to heavily modified race equipment. In addition, magazine capacity is limited to 10 rounds. Like USPSA, IDPA is divided into divisions that specify what a shooter can and can’t do within stages. Ranging from Stock Service Pistol to Custom Defensive Pistol and even Back-Up Gun Revolver, IDPA forces its participants to focus solely on handguns, revolvers or pistol caliber carbines.

Scoring at matches is determined by the overall time it takes a shooter to complete the string with time added for penalties. Penalties are added for poor marksmanship, improper use of cover, failure to follow directions or violation of IDPA rules. IDPA uses two means of scoring, deferring to either unlimited or limited. Unlimited, previously referred to as Vicker’s Count, allows shooters to fire as many rounds as they wish to produce specified hits. Best hits on target count towards the score. Limited scoring, however, limits shooters to firing only a specific number of rounds for that string.
SHOP FOR COMPETITION PISTOLS WITH GUNS.COM

3-Gun’s history began in the early 1980s when Soldier of Fortune magazine ran an ad calling for the best shooters to compete for the title of best “all around marksman in the world.” The competition aimed to test competitors’ ability with pistols, rifles and shotguns. Today, the sport keeps to its origins offering gun owners a means to develop and hone shooting skills through the use of three platforms: rifle, shotgun and pistol. This dynamic sport pushes participants to creatively problem-solve through stages stacked with obstacles and targets.

“3-Gun gives gun enthusiasts a platform to basically play a first-person-shooter game in real life, keeping the adrenaline pumping and pushing yourself to improve your speed, firearms handling, loading, transitions, movement and accuracy. Every match, stage and challenges are different and fresh.” 3-Gun Nation President Pete Brown told Guns.com in an email.

3-Gun adopts the Time Plus method of scoring. Competitors scores, therefore, are comprised of the time it took to complete the stage plus any accrued penalties. Penalties include hits outside the center ring on a paper target, miss on steel targets and failures to engage targets.

SHOP FOR COMPETITION RIFLES WITH GUNS.COM

Olympic-style shooting places an emphasis on precision during matches. This style measures competitors on the placement of shots on target versus time. Olympic shooting offers four disciplines including rifle, pistol, shotgun and running target. For the Olympic Games, 15 events exist that athletes may participate. Scoring varies depending on discipline. Governed on an international scale by the International Shooting Sport Federation, USA Shooting acts as the National Governing Body for Olympic-style shooting in the US. Chartered by the United States Olympic Committee in April 1995, the organization works to provide and manage programs while also sanctioning events at local, state, regional and national levels.

“A lot of our events, they don’t have the loud bang-bang but you can get an NCAA scholarship shooting rifle. A lot of people don’t know that. You can turn that plinking into an Olympic dream,” Jessica Delos Reyes, Associate Director for Media and Public Relations for USA Shooting, told Guns.com. “You don’t have to be a certain age. We’ve had Olympians into their mid-to-late 50’s all the way down to Kim Rhode who won her first Olympic gold medal at 16. There are different body types, it’s very inclusive and even on a worldwide scale — all different ages, all different body types.”

SHOP FOR COMPETITION SHOTGUNS WITH GUNS.COM