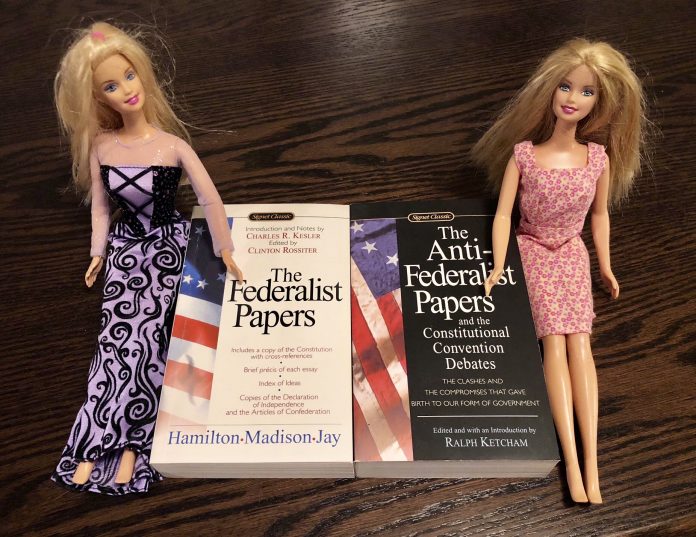 Children are the new hot-ticket political wedges used by news outlets and political agitators alike. It’s a trend that runs against developmental theory.

Traumatized teenagers from Parkland were wrangled and paid for by professional political organizers. https://www.dailywire.com/news/27689/parkland-students-pushing-gun-control-have-high-emily-zanotti

The “student” walk-out was organized by the genitalia-hatted, and forced by school administrators. http://ktla.com/2018/02/18/womens-march-organizers-plan-national-student-walkout-to-protest-gun-violence-in-wake-of-florida-shooting/

There was even a legislator’s 8-year old in Connecticut who was permitted to speak at a legislative hearing regarding bear hunting last Friday.
http://www.courant.com/politics/hc-pol-bear-hunts-coyotes-turtles-crabs-20180309-story.html

Does anyone genuinely believe that elementary school students “walked out” of school all on their own and thought up their own signs to carry? Let alone remembered to bring the signs along outside and remembered to put their coats and mittens on?

Can you imagine a middle-schooler turning down the opportunity to get out of class for ANY reason? That’s even assuming they were allowed to refuse. There is some doubt in that regard.

And high-schoolers – bundles of hormone and emotion that they are – I’m sure that their “walk-out” was completely grounded in logic and constitutional law, don’t you think? https://www.dailywire.com/news/28281/watch-tennessee-students-brawl-tear-down-american-emily-zanotti

This is nothing more than despicable emotional theater – staged by adults – with children in the starring roles. Just like their Hollywood stage-parent counterparts, the adults behind the scenes of these “protests” are using the children as puppets.

Children tug on the heartstrings, we can agree on that. But to shove children in front of the camera every time there is an agenda to push is manipulative, craven, and beyond despicable. Why? Because these children are developmentally unable to understand the implications of the situation they are being thrust into.

Allow me to indulge in some academics to explain this. I present for your consideration, the Kohlberg Stages of Moral Development.

Under Kohlberg’s Theory young children operate in a pretty black and white mind set. Their moral choices are based on fear of punishment, or what they can “get” out of a particular behavior. The is the first level (stages 1 and 2) of moral development. Some people – particularly criminals – never get past this level.

If they are lucky, children move out of this stage and into the next level beginning around the ages of 10-13. This second level (stages 3 and 4) extends from adolescence to about middle age, and many adults never get past this point. This stage involves the concepts of tribal conformity, and law and order. It focuses on group norms and expectations and maintaining order, with punishment for violating societal norms.

Somewhere past middle age, a smaller subset of people move on to the third level of moral development. This third level (stages 5 and 6) takes prior rights, social contract, and universal ethical principles into account.

Children – and even most teenagers – are not developmentally equipped to understand the second and third order effects of the legislation that they are manipulated to promote. They do not understand nuance. Their views are black and white. These students are not yet functioning at a developmental level which will allow them to see clearly the true effects of what they are asking for. Thus, parading children as marionettes for political ends is cravenly cynical, emotionally manipulative, and morally bankrupt.

That hasn’t stopped everyone from “The Women’s March” to Bloomberg’s “Everytown” from twisting the grief and shock of the children of tragedy to promote their Anti-Second Amendment agenda.

I suppose this just goes to prove that even supposed “adults” haven’t necessarily progressed up the Moral Development Ladder.